Beach safety education needs to be better targeted at multi-cultural Australian migrant communities if drownings are to be avoided. 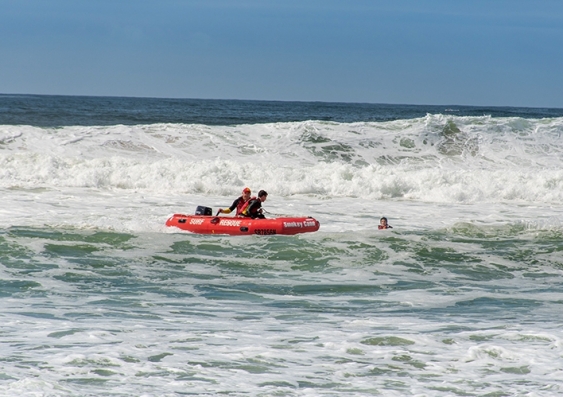 'Swim between the flags' may not resonate with new migrants as much as we think it does. Photo: Shutterstock

Migrants from South Asia are receiving inadequate information about beach safety, with people from India making up the largest number of drowning deaths among migrants at Australian beaches, a study has found.

In what is believed to be the first study globally to examine beach safety among a particular multicultural community, researchers from the UNSW Sydney Beach Safety Research Group examined the risk factors behind beach drowning among migrants from South Asia.

In an online survey completed by 249 respondents from India, Nepal, Sri Lanka, Bangladesh, Afghanistan, Bhutan and Pakistan, the researchers found that while gender and age appeared to have little effect on swimming ability, beach visitation or beach safety knowledge, the amount of time respondents had spent in Australia was a significant influence.

In fact, those who had lived in Australia for shorter time periods were more likely to visit the beach, but were much less likely to:

“The clear implication here is that new and recent migrants to Australia should be a central focus for learn to swim programs and beach safety education,” said study lead author and PhD candidate, Mr Mark Woods.

“I attended a multi-cultural water safety symposium a few years ago and the main message I came away with was that the standard beach safety messages we use, such as ‘swim between the flags’, may not resonate with new migrants from different cultures as much as we think it does,” he said.

“You have to have respected people, or champions, from within those communities reaching out to people in culturally meaningful and appropriate ways to have best impact.”

Of particular concern in the findings was the apparent confusion among survey respondents about the significance of red and yellow flags on patrolled beaches.

Other significant findings and statistics of the study included:

Professor Brander said the study was not apportioning blame on existing beach safety organisations or on the people in the South Asian community for the terrible statistics around beach drowning. But he and the researchers said the study has identified an opportunity to make some improvements in beach safety education, starting with the communities themselves.

“When we did the surveys, our respondents were so happy to help us and get involved, and we really got a sense that they go to the beach and it’s just about having fun – we have this beautiful coastline in Australia, no wonder people are attracted to it when they first come here.

“But it’s not their fault they’re not familiar with beach safety, whether it’s through lack of English or lack of exposure to the things we take for granted growing up in Australia, like swimming lessons, the dangers of surf, and how to spot rips and how to cope if you’re caught in one.

“They’re not aware because they haven’t been taught properly, and now there’s evidence to support the need to do more about this in their communities.”

In addition to creating engagement programs through community organisations, the researchers suggested translating beach safety information correctly into the native languages of South Asian migrants, and in culturally meaningful ways, would be a good start. Among the survey respondents themselves, 60 per cent thought the existing amount of beach safety information reaching their community was either not good or needed to be increased.

“Compared to most beachgoers, our study really identified just how more at risk the South Asian community is when they go to the beach and how important it is to emphasise the importance of how to be safe at beaches,” Mr Wood concluded about the research.

The researchers hope similar research can be carried out for other multicultural communities in Australia.