A UNSW study has found that chemical compounds are transported to various parts of knee tissue based on their molecular size, raising hopes for future targeted treatments of arthritis. 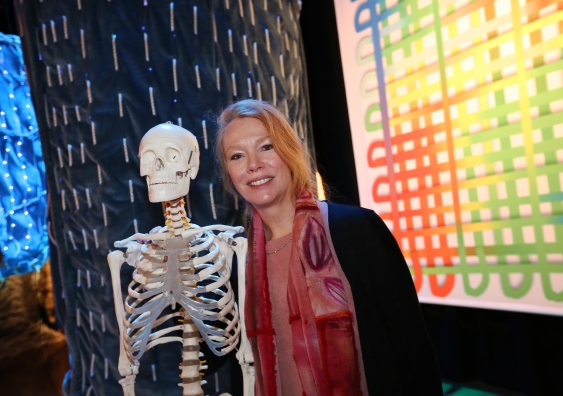 A study examining how molecules are transported into knee-joint tissue could have major implications for understanding and treating arthritis.

UNSW biomedical engineers have shown for the first time that a mixture of variously-sized molecules in the bloodstream can be separated by the constituent tissues of a healthy knee-joint.

And an arthritic joint was observed to disrupt the transport of the molecules, but interestingly, not halt them altogether.

School of Biomedical Engineering Professor Melissa Knothe Tate and PhD trainee Lucy Ngo wanted to build on the Professor’s previous research that “showed for the first time that the different calibre porosities of bone act as a molecular sieve”.

“This time, Lucy and I studied what would happen if we mixed all the different sizes together and delivered them as a single bolus,” Professor Knothe Tate said.

“We were startled to see that the tissues separated out the different sizes of molecules.”

The researchers used guinea pigs, literally, for their study, because like humans, they naturally get arthritis with age. They injected a mixture of colour-coded molecules of different sizes into the hearts of young (eight to 10 months) and aged (17 to 19 months) guinea pigs to observe where in the joints those molecules ended up, if at all.

They observed differences in the molecular transport between the young and the old, with major disruption of the transport in the aged guinea pigs’ joints due to tissue degeneration associated with arthritis.

“This could have major implications for our understanding of how arthritis and associated tissue degeneration progress as well as how we might use this knowledge to preferentially treat areas of degeneration, for example through targeted pharmaceutical delivery strategies,” Professor Knothe Tate said.

A surprising turnup in the study was that very little fluorescence showed up in the muscle, meaning the coloured molecules were easily transported into bone, cartilage, meniscus and ligament, but not muscle. Professor Tate suggested this may have been because the guinea pigs were anaesthetised before being injected with the dye.

“Our working hypothesis is that muscle needs physical activity (flexion or extension) to pump the molecules,” Professor Knothe Tate said.

Professor Knothe Tate said she is working towards exploring this idea further in a future study using MRI to observe the transport of molecules in real time while mechanically loading the limb during the procedure.

“This will let us to determine the time course of transport as well as the role of active muscle activity on transport, which has implications well beyond arthritis.”

The results of the most recent work have prompted the Professor to re-evaluate former assumptions about molecule transportation to damaged joints.

She said she has always wondered whether the positive anecdotes about orally administered glycosaminoglycans (available commercially as Glucosamine) on people with arthritic joints made sense at all, as there were no guarantees the polysaccharides could even get to the targeted areas.

But her latest study suggest this may still be possible.

Professor Melissa Knothe Tate is as comfortable in an artist’s smock as she is in a lab coat.

When she’s not busy observing the qualities of human and animal tissue at the molecular level, she is transforming what she has seen in nature to make a new kind of art using multifunctional textiles.

A collection of Proffesor Knothe Tate’s textiles that mimic the natural cellular weaves of living tissues was on display at this year’s CrossXPollinatioN exhibition at Colac Otway Performing Arts & Cultural Centre (COPACC) which finished at the end of last month.

One of the feature pieces in the exhibition was a woven tapestry sculpture, “Ensconced in my own fabric”.

The giant piece represented the tissue weave of a bone scaled up so that the viewer becomes the size of the cell, delving deeper into the folds of its own fabric, which are woven from scaled-up structural proteins, including collagen and elastin.

The piece was created to enable the public to empathise with their cells and to grasp how an appreciation of the mechanisms underpinning the world around them can cultivate discovery as well as creative processes and thereby innovation.

Professor Knothe Tate said the exhibition is slated to go to Edinburgh and Washington next year.

“I am also participating in the Frankly exhibition in honour of Mary Shelley's Frankenstein 200th anniversary in Perth in October,” she said. 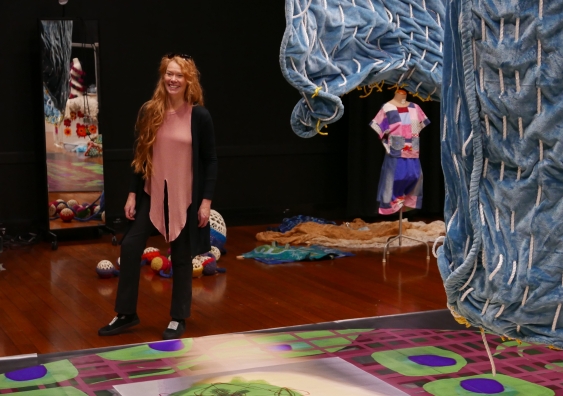 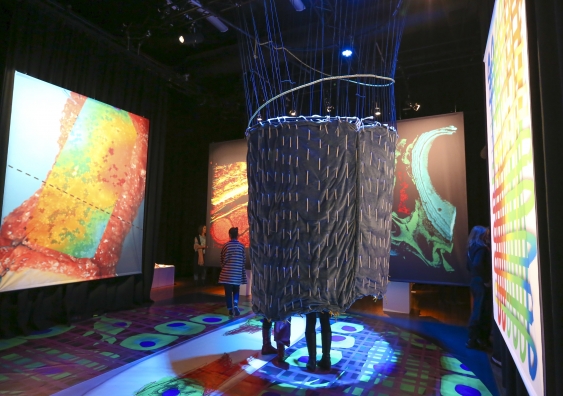 The CrossXpollinatioN exhibition was an immersive experience in which people were invited to get inside the artworks. Photo: Tammy Brown, Colac Herald 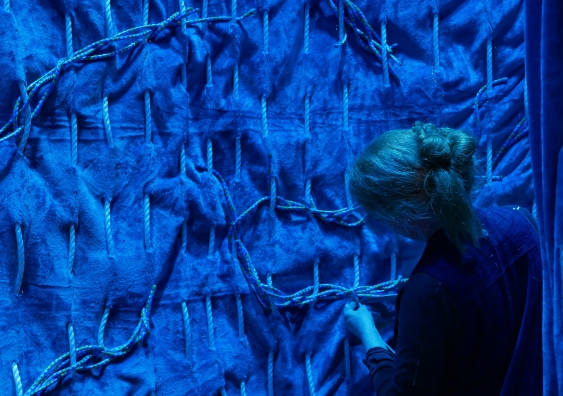 Professor Melissa Knothe Tate arranging one of her artworks representing a lamella of bone tissue titled "Ensconced in my own fabric". Photo: Ulf Knothe

How investors and entrepreneurs can play an accurate forecasting game