Know your enemy: Teaching threatened species to be wary of predators

A study of burrowing bettongs in the Australian desert has shown for the first time that exposing threatened native animals to small numbers of predators in the wild teaches them how to avoid their enemies. 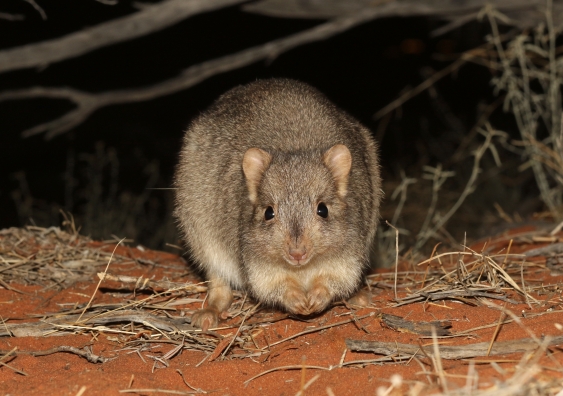 A study of burrowing bettongs in the Australian desert has shown for the first time that exposing threatened native animals to small numbers of predators in the wild teaches them how to avoid their enemies.

The little Australian marsupials, Bettongia leseuer, were once widespread across Australia but are now found only on off-shore islands or in fenced reserves, mainly due to predation by introduced feral cats and red foxes.

The new findings, by a UNSW-led team of scientists, could assist in their successful reintroduction to the mainland.

“Australian native species have not evolved with cats and foxes and so have not learnt the behaviours that can help them avoid being killed,” says study senior author and UNSW scientist Dr Katherine Moseby.

“This prey naivety is thought to be the reason why most efforts to reintroduce threatened species outside fenced reserves and islands fail.

“The idea for our study came from facing the reality that we are unlikely to ever completely eradicate cats and foxes from Australia. We decided to address the issue of prey naivety by exposing native animals to low densities of real introduced predators in the wild in an attempt to stimulate learning and natural selection,” Dr Moseby says.

The study, by researchers from UNSW, Arid Recovery and the University of California Los Angeles, is published today in the Journal of Applied Ecology.

The researchers introduced 352 burrowing bettongs into a 26 square-kilometre paddock with four de-sexed male feral cats. They studied three anti-predator behaviours in individual bettongs during an 18-month period – how soon they fled when approached, their behaviour in traps and how vigilant they were at feed trays.

As a control, another group of bettongs was kept in a paddock without any cats present.

“Previous attempts to train animals to avoid predators have been carried out in laboratories or in captivity, with animals exposed to images, models or real predators. But these approaches rarely improve survival,” says study first author and UNSW scientist Dr Rebecca West.

“We wanted to see if animals could be trained in the wild by controlling the numbers of predators so the native animals had a chance to learn without their population being wiped out. This is the first time the technique has been tried in the wild.

“We found that bettongs exposed to cats became harder to approach, displayed more hiding behaviour in traps and started to show increased wariness when feeding in comparison to the control group of bettongs. 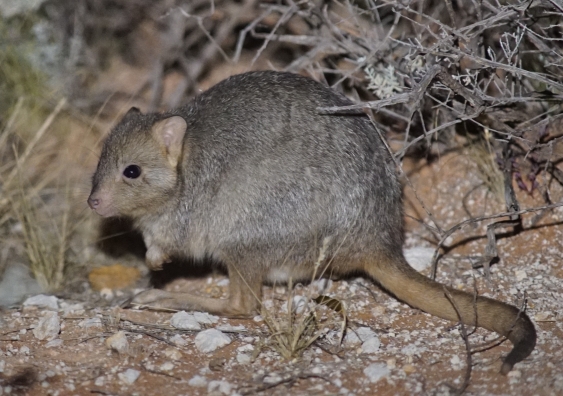 Co-author and UNSW Associate Professor Mike Letnic adds: “The next stage of our research will be to test whether these behaviour changes lead to improved survival and whether accelerated natural selection can further improve the behavioural response.”

Dr West says the study results provide hope that Australia’s threatened mammals may one day return to the mainland where they belong.

“It might take many generations before predator exposure training will improve survival in the wild but our results suggest a positive step in the right direction to allowing our native threatened species to co-exist with introduced predators into the future,” she says.

Why Australia needs to kill cats