Harvard physicist Subir Sachdev will be awarded the Dirac Medal at UNSW this week and will deliver the 2015 Dirac Lecture on the topic of quantum entanglement and superconductivity. 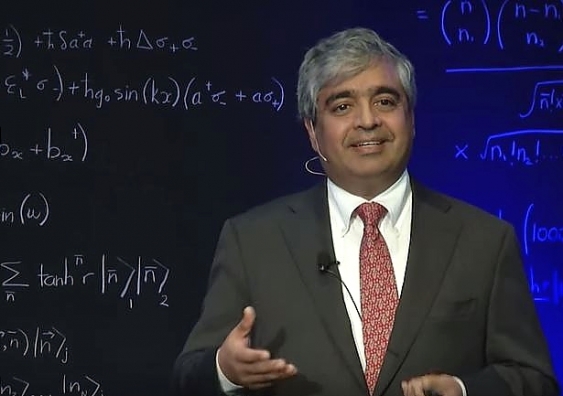 Harvard University physicist Professor Subir Sachdev will be awarded the Dirac Medal at UNSW this week and will deliver the 2015 Dirac Lecture.

His talk, to be hosted by UNSW Science and delivered on Tuesday evening 1 September, is titled: Quantum entanglement and superconductivity.

Dubbed “spooky action at a distance” by Albert Einstein, entanglement is a counterintuitive feature of quantum theory in which two particles are so deeply correlated that the measurement of one particle instantaneously determines the state of the other – even when they are separated by vast distances.

Quantum entanglement can also happen en masse, determining the macroscopic properties of some materials, such as their ability to superconduct electricity without measurable resistance at much high temperatures than was previously possible.

Professor Sachdev will also discuss his pioneering work on the connections between quantum entanglement near black holes and entanglement in quantum materials. This research throws light on the properties of other modern materials, such as the “strange metal” state found in graphene, which is a single layer of carbon atoms.

The Dirac Medal for the Advancement of Theoretical Physics is awarded by UNSW and the Australian Institute of Physics in association with the Royal Society of NSW.

The Lecture and the Medal commemorate the visit to UNSW in 1975 of the British Nobel laureate, Professor Paul Dirac, who was one of the greatest theoretical physicists of the 20th Century.

Professor Dirac gave five lectures which were published as a book Directions of Physics. He donated the royalties to UNSW for the establishment of the Dirac Lecture and Prize, which includes a silver medal and honorarium. It was first awarded in 1979.