Could we be the last in space? Of all the OECD countries, Australia and Iceland are the only ones without a national space agency, writes Andrew Dempster. 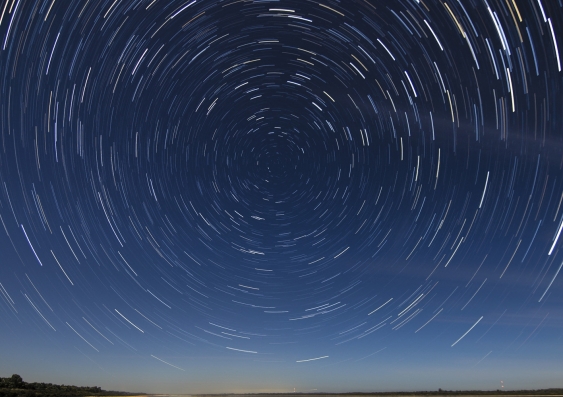 OPINION: New Zealand’s announcement this month that it will establish a space agency means that of the 34 countries in the OECD, only two are not represented in the international community by a space agency: Iceland and Australia. Could we be last in space?

The benefits of a national space program have been listed many times, most recently by the Canadians in their Comprehensive Socio-Economic Impact Assessment Of The Canadian Space Sector. This cited a number of exciting things about the space business:

If Canada with a population of 36 million can achieve so much in the space sector, then why not Australia (population 24 million)?

When setting up their agency, New Zealand cited “opportunities for New Zealand to take a more active role in this high value, knowledge-intensive economy” and pursuing “disruptive, innovative technologies to tackle some of our planet’s big challenges and to create new and exciting opportunities for economic growth”.

We have heard words of this type from our own government. New Zealand, though, has acted.

Space in the election campaign

Space (and engineering, science and technology in general) has not been an issue discussed in this year’s Australian federal election campaign. The only party with a distinct space policy is the Science Party.

Labor has had a National Space Policy in its platform for some time without delivering it.

The Coalition has increased the prominence of space significantly in its Defence White Paper, without saying anything much about the civilian sector.

The Science Party’s policy is eminently sensible: measured, achievable and with clear outcomes of great benefit to the economy. It calls for the establishment of an Australian Space Technology & Research Agency with a plan to capture 3% of the global space market within ten years.

It points to the Space Industry Association’s 2015 report which estimated that the Australian space industry was then generating revenue in the range of A$3 to A$4 billion per year, approximately 0.6% to 0.9% of the existing world market.

That world market is expected to grow to A$1 trillion over the next 20 years.

There is nothing in the Science Party policy that would “scare the horses”, and all of its suggestions could live happily in policies of either major party. In fact as I have argued before, there is no reason for the horses to be scared anyway. The UK Space Agency has given us a model whereby setting up a space program need not be expensive.

Both the UK and Canadian agencies are worth examining for Australia.

The Science Party’s policy, along with some prominent figures, advocates for Australia to become a member of the European Space Agency, as Canada has very successfully been since 1979.

This clearly has not damaged Canada’s relationship with the US. Australia would stand to benefit from the vast experience of the European agencies, effectively getting a hand up.

In some ways, a hand up may not even be necessary. Now, before the election, three cubesats are undergoing tests at the AITC facility in Canberra. These are small satellites. One built by ACSER at UNSW, one as a University of Sydney/ANU/UNSW collaboration and one by University of Adelaide and UniSA.

These are the first Australian satellites built in more than 15 years, and they are an example of the philosophy behind Space 2.0, where the big expensive agency-driven satellites are being replaced by disruptive low-cost access to space driven more by commercial interests.

A modern agency for Australia would embrace these trends to deliver efficient outcomes. Cubesats are also fundamental to Delta V, a space business incubator initiative based in Sydney that aims to create an ecosystem for development of space businesses, with a dozen start-ups already engaged.

But gaining approval to launch these satellites has proved difficult, with current government regulation requiring exorbitant insurance cover for such small inexpensive satellites.

To its credit, the government has called for a review of the Space Activities Act to address this and other issues, with submissions from the sector.

The hope is that these submissions from industry consultation will be more successful than the industry submissions (ours is here), which were entirely ignored when preparing the Satellite Utilisation Policy.

That policy doesn’t mention the Space 2.0 opportunities, and it is important to note that neither the review of the Act nor the policy provide any vision for the future, or discussion of an appropriate space program or agency.

We’re not asking that we be as bold as Luxembourg, which has announced in February this year that it wants to lead the world in off-earth mining (although we at ACSER are also giving that a crack).

What we want is for Australia not to be last.

Australia’s back in the satellite business with a new launch