An innovation in liquid metal chemistry could help one tenth of the planet’s population get access to clean drinking water at very low cost following breakthrough research from UNSW Sydney and RMIT. 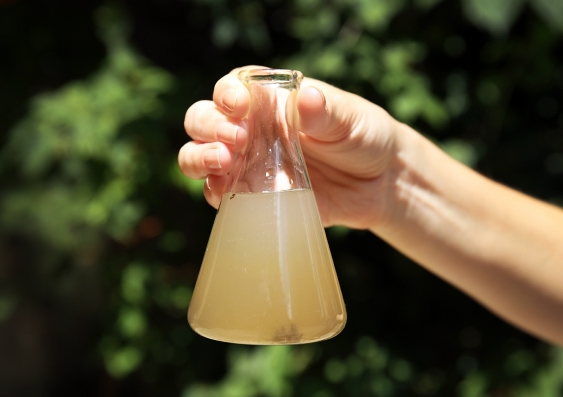 UNSW and RMIT researchers have discovered a revolutionary and cheap way to make filters that can turn water contaminated with heavy metals into safe drinking water in a matter of minutes.

Recent UNSW SHARP hire Professor Kourosh Kalantar-zadeh and his former colleagues at RMIT showed that nano-filters made of aluminium oxide could be cheaply produced using virtually no energy from a fixed amount of liquid metal gallium.

In a paper published in Advanced Functional Materials, lead author Dr Ali Zavabeti (RMIT) and Professor Kalantar-zadeh explained that when a chunk of aluminium is added to the core of liquid gallium at room temperature, layers of aluminium oxide are quickly produced at the surface of the gallium.

The authors discovered that these aluminium oxide nano-sheets were highly porous and went on to prove they were suitable for filtering both heavy metal ions and oil contamination at unprecedented, ultra-fast rates. 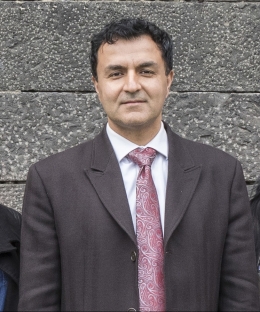 Professor Kalantar-zadeh, who was recently awarded an ARC Australian Laureate Fellowship soon after joining UNSW's School of Chemical Engineering, said that low cost and portable filters produced by this new liquid metal based manufacturing process could be used by people without access to clean drinking water to remove substances like lead and other toxic metals in a matter of minutes.

“But at the same time, it's very safe because with repeated use, the water flow cannot detach the heavy metal ions from the aluminium oxide.”

Professor Kalantar-zadeh believes the technology could be put to good use in Africa and Asia in places where heavy metal ions in the water are at levels well beyond safe human consumption. It is estimated that 790 million people, or one in 10 of the Earth’s population, do not have access to clean water.

“If you've got bad quality water, you just take a gadget with one of these filters with you,” he said.

“You pour the contaminated water in the top of a flask with the aluminium oxide filter. Wait two minutes and the water that passes through the filter is now very clean water, completely drinkable.

“And the good thing is, this filter is cheap.”

There are portable filtration products available that do remove heavy metals from water, but they are comparatively expensive, often costing more than $100.

By contrast, aluminium oxide filters produced from liquid gallium could be produced for as little as 10 cents, making them attractive to prospective manufacturers. 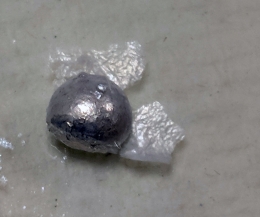 A liquid metal droplet with flakes of aluminium oxide compounds grown on its surface. Each 0.03mm flake is made up of about 20,000 nano-sheets stacked together.

“Up until now, to produce aluminium oxide, you need to process aluminium at above 1000 degrees or use other energy intensive processes,” Professor Kalantar-zadeh said.

“It would normally consume so much energy to make anything like this filter, making it hugely expensive.

“Now we're talking about something you can do even under the sun in summer at 35 degrees.”

While aluminium is a plentiful and cheap metal, gallium is relatively expensive. But what makes gallium the hero in the process is the fact that it remains pure and unchanged after each production of aluminium oxide.

“You just add aluminium to the gallium and out comes aluminium oxide when its surface is exposed to water. You can use gallium again and again. Gallium never participates in the reaction,” Professor Kalanter-zadeh said.

Professor Kalantar-zadeh said the manufacture process is so cheap and requiring such low expenditure of energy, these filters could even be made out of a kitchen.

“We are publishing this concept and releasing it to the public domain, so people around the world can use the idea for free and implement it for enhancing the quality of their lives,” he said.

“This is all about a new paradigm. We haven’t even begun to explore how we can use liquid metals as a base for manufacturing things that are cheap, green and safe for humans.”

The work led by Professor Kalantar-zadeh and Dr Zavabeti was funded by The ARC Centre for Future Low-Energy Electronics Technologies (FLEET).