Opinion The long reach of the past: did prehistoric humans shape today’s ecosystems?

Did the period of human impact on the natural environment begin only 215 years ago? Or is there a bigger story to tell, asks Darren Curnoe. 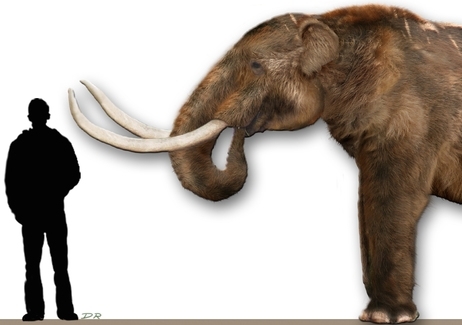 OPINION: We all know that humans are having a massive impact on the planet.

Our effects include altering the Earth’s rotation by damming large amounts of surface water; changing the composition of the atmosphere by punching a hole in the ozone layer and adding vast amounts of CO2, methane and other pollutants; transforming the composition and temperature of the oceans; and clearing large tracts of land and removing or dramatically altering vast numbers of terrestrial and aquatic ecosystems in the process.

Plenty of these changes are plain for all to see; others are more obscure, but no less significant.

And, with the COP21 UN Paris Climate Change Conference just around the corner, politicians, policy makers and NGOs are again turning their attentions to reaching an agreement that aims to keep global temperature change to below 2° Celsius.

A major issue for scientists studying the Earth’s physical and biological systems is just how great the influence of humans has been and for how long its been happening.

Our global destructive impacts mean that potentially any organism or ecosystem, and many of the earth’s physical systems like erosion, soil formation and water cycles, carbon and nitrogen cycles, and climate, have been affected in some way by human activity.

But can we disentangle the effects of human activity on these systems and organisms from natural signals and cycles?

I’d argue we probably can’t – that human impacts are just too wide ranging and too ancient, and that our disruptive and destructive effects have reached every part of the planet.

This means that probably every scientific study of any contemporary system or living organism catalogues the effects of our species and its economic activity in some way.

If we go back far enough to a time when humans didn’t exist, we have the potential to understand how the world looked and how natural systems behaved before we were around.

Problem is that the information we get is from the very incomplete and often biased geological record, in the form of fossils and various archives of climate and environmental change like isotopes recorded in ice or cave stalagmites.

And, of course, many organisms alive in the past are now extinct: the planet looked very different even just 20,000 years ago at the peak of the last major cold stage of the Ice Age or Pleistocene epoch.

Scientists like me who study extinct organisms and long lost ecosystems wonder whether large scale human impacts like those we see today are truly confined to the period following industrialisation.

Did the ‘Anthropocene’ really begin 215 years ago?

Or does the environmental legacy of our Palaeolithic ancestors reach into today’s world?

This issue is at the centre of one of the most hotly contested questions in palaeontology and archaeology, namely, the extinction of the Pleistocene ‘megafauna’.

But its a lot broader than this issue of course and it cuts to the core of who we are as a species, the way we have evolved, and lengths we’ll go to ensure our own survival; some would argue even our future survival.

Some scientists have also suggested that the Ice Age megafauna extinctions set the stage for the planet’s sixth major extinction event, which is unfolding before our eyes.

During the last phase of the Ice Age, between roughly 50,000 and 10,000 years ago, almost 200 species of mammals went extinct across the globe.

That’s half of the world’s mammals weighing more than 44 kg perishing in what was an instant in the long history of life on the planet.

A growing body of highly contested research suggests that humans may indeed have dramatically shaped the diversity of living mammals in the deep past, just like today, leaving us an impoverished natural legacy.

And, let’s not forget that humans with our average body mass of close to 70 kg are megafauna as well.

While our species is obviously still here, we remain the chief suspect in the extinction of our close cousins the Neanderthals, Denisovans, and probably other relatives around this time.

The megafauna debate has been highly polarised for decades: humans being blamed on one hand, and natural climate change on the other.

Environmentally altering activities like burning the landscape by ancient hunter-gatherers in places like Australia, for example, have proven very difficult to establish, and their possible impacts hard to separate from natural climate cycles.

Yet other studies suggest that Ancient Aborignal Australians were one of the major agents involved in dispersing baobab trees in northern Australia.

And the chronology of human settlement and timing of megafauna disappearance in Australia remain uncertain: significant barriers to resolving the extinction question with any certainty.

So again, a major difficulty is the poor quality of the information we have from the fossil, archaeological and ancient environmental records.

The spectre of the confounding effects of natural and human-induced environmental signals remain all too real even for the Ice Age.

Another way to approach the question of human environmental change in the past is to construct mathematical models to look at changes over time and the influences of natural cycles and changes compared to human facilitated ones.

A battery of such studies is beginning to point firmly to the prehistoric human colonisation of new parts of the planet as a major driver of extinction and environmental change; possibly the leading cause of the megafauna extinctions.

New research published over the last couple of months by Soren Faurby of the Museo Nacional de Ciencias Naturales Madrid and Jens-Christian Svenning of Aarhus University has also pointed the finger squarely at humans.

In an interesting twist, they modelled what worldwide diversity patterns of mammals might look like in the absence of past and present human impacts, based on estimates of the natural distribution of each species according to its ecology, biogeography and the current environmental template.

They found that prehistoric human-driven extinctions in addition to recent ones were probably an important influence on present global mammal diversity patterns.

They even suggested that areas normally thought by ecologists to be biodiversity hot spots, like mountains, may in fact reflect their role as refuges for species otherwise affected by hunting and habitat destruction, rather than reflecting a natural pattern.

I’m satisfied that a strong case exists that humans did play a role and that there truly is a link between what our Palaeolithic ancestors were doing to the environment and what we’re doing today.

The difference now of course is that with an expected almost 10 billion people by 2050 and the remarkably destructive technology we possess we’re doing damage on an unprecedented scale and face a future on a planet with an irreparably damaged biosphere and dramatically altered atmosphere.

This article first appeared in The Conversation. Read the original article here.

Anthropocene began in 1965, according to signs in the world's 'loneliest tree'