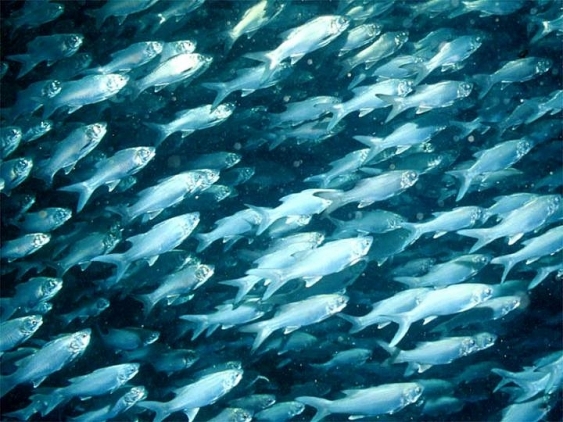 UNSW researchers have found that carbon dioxide concentrations in seawater could reach levels high enough to make fish “intoxicated” and disoriented many decades earlier than previously thought, with serious implications for the world’s fisheries.

The UNSW study, published in the journal Nature, is the first global analysis of the impact of rising carbon dioxide emissions from fossil fuels on natural variations in carbon dioxide concentrations in the world’s oceans.

“Our results were staggering and have massive implications for global fisheries and marine ecosystems across the planet,” says lead author, Dr Ben McNeil, of the UNSW Climate Change Research Centre.

“High concentrations of carbon dioxide cause fish to become intoxicated – a phenomenon known as hypercapnia. Essentially, the fish become lost at sea. The carbon dioxide affects their brains and they lose their sense of direction and ability to find their way home. They don’t even know where their predators are.

“We’ve shown that if atmospheric carbon dioxide pollution continues to rise, fish and other marine creatures in CO2 hotpots in the Southern, Pacific and North Atlantic oceans will experience episodes of hypercapnia by the middle of this century – much sooner than had been predicted, and with more damaging effects than thought.

“By 2100, creatures in up to half the world’s surface oceans are expected to be affected by hypercapnia.”

The study is by Dr McNeil and Dr Tristan Sasse of the UNSW School of Mathematics and Statistics.

The UNSW scientists utilised a global database of seawater carbon dioxide concentrations collected during the past 30 years as part of a variety of oceanographic programs.

“We then devised a numerical method to work out the natural monthly peaks and troughs in carbon dioxide concentrations during the year across the surface of the world’s oceans, based on these observations,” says Dr Sasse.

“This allowed us to predict for the first time that these natural oscillations will be amplified by up to tenfold in some regions of the ocean by the end of the century, if atmospheric carbon dioxide concentrations continue to rise.”

To help accelerate this important area of research, the UNSW scientists have also offered prizes to other researchers who can improve on their results.

“Predicting the onset of hypercapnia is difficult, due to a lack of global ocean measurements of carbon dioxide concentrations,” says Dr McNeil.

“We are challenging other scientists with innovative predictive approaches to download the dataset we used, employ their own numerical methods and share their final predictions, to see if they can beat our approach.”

The competition and prizes are outlined on the thinkable.org website, of which Dr McNeil is founder.