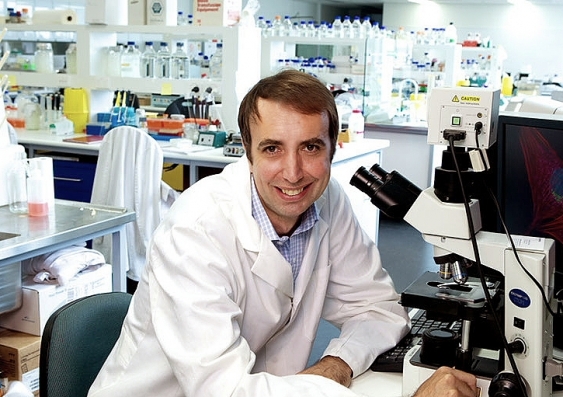 OPINION: The American MacArthur Foundation recently launched a $US100 million ($A131m) competition for a research project in any discipline that might help solve a major global problem.

It’s not the first big-budget, big-mission project. Russian billionaire Yuri Milner put up $US100m last year for an initiative designed to detect life beyond Earth. In April, he topped it up with another $US100m.

Big challenges such as these can work. In the 18th century, the British parliament committed a prize of more than £10,000 to anyone who could solve the problem of enabling a ship at sea to ­determine its longitude. Self-educated clockmaker John Harrison ingeniously devised clocks free of pendulums, since pendulums would have failed because of bobbing in the waves. He eventually claimed the prize.

There are also implicit challenges that may wait for centuries to be solved.

The great mathematician ­Andrew Wiles had always been fascinated by Fermat’s Last Theorem.

That proposition suggested that xn+yn=zn, as in ­Pythagoras’s theorem, is true only for integers of one or two.

It was jotted in a margin without proof by Fermat and found only after his death. So Wiles set out to prove this theorem and eventually produced a proof more than 300 years after Fermat’s death.

Certainly money can solve some problems, but mainly with what I call Humpty Dumpty problems: that is, problems to which the answers are known, or will be readily available, but that have not been solved ­because no one has taken the time and effort to piece together the solutions.

Reforesting barren prairies or making the desert bloom would be examples of Humpty Dumpty problems.

But Humpty Dumpty problems are different from deep mysteries; one never knows when or if scientific mysteries even have solutions.

I have been impressed by new solutions to old problems, such as next-generation DNA sequencing methods that used novel ideas to change and dramatically improve genome sequencing or other unexpected breakthroughs, such as when Ian Wilmut and Keith Campbell persevered and cloned Dolly the Sheep. It had generally been held that cloning, though theoretically easy, was in practice impossible in mammals.

It is good to be at the frontier, on the edge of the unknown and to gaze out into the darkness, filled with hope that something is out there, not only bigger than we imagine but bigger than we can imagine.

It is also good to be dreaming of the progress that can be made by big projects; even if the whole does not yield more than the sum of its parts, $US100m will buy quite a lot of progress.

Captain James Cook saved his sailors from scurvy by providing breadfruit that was rich in vitamin C. Cook also carried one of Harrison’s clocks and showed it allowed him to accurately estimate his longitude on the planet.

What’s more, Cook was the predecessor of Captain James T. Kirk and he boldly went where no man had gone before and discovered new lands.

Money and ­ambition certainly can be the key to discovery and the European settlement of Australia is evidence of that.

Merlin Crossley is deputy vice-chancellor at the UNSW.

Academe can learn from the power of three strategies for learning

Pendulum swings back to teaching

What’s the score on university teaching?

Student surveys point to good teaching and ways to be better