UNSW astrophysicists will search for habitable planets outside our solar system using the world’s most powerful optical telescope, which is to be constructed in Chile. 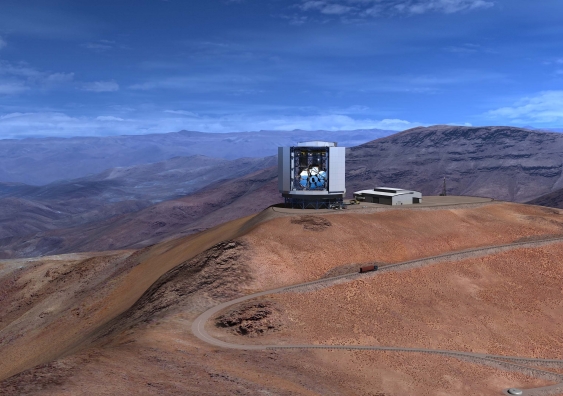 UNSW astrophysicists led by Professor Chris Tinney will search for habitable planets outside our solar system using the world’s most powerful optical telescope, which is to be constructed in Chile.

It was announced this week that Australia will have a key role in an international collaboration to build and run the US$1 billion Magellan Giant Telescope.

“The first years of the telescope’s operations will be an incredibly exciting time,” says Professor Tinney, who is Astronomy Australia Limited's representative on the telescope’s Science Advisory Committee.

“The Magellan Giant Telescope will play a leading role in the international race to identify planets orbiting stars near the Sun that could host life and potentially reveal the signatures of biological processes. UNSW Science is proud to participate in this major scientific endeavour.”

Astronomy Australia Limited, AAL, is a not-for-profit company whose members are Australian universities and research organisations with a significant astronomical research capability.

Eleven international partners, including AAL and the Australian National University, ANU, have approved construction of the giant telescope after it reached a major milestone, unlocking more than US$500 million for the project.

When fully operational, it will look further out into space and back in time than any telescope ever built, and will produce images 10 times sharper than those from the Hubble space telescope.

“The Giant Magellan Telescope will provide astronomers and astrophysicists with the opportunity to truly transform our view of the universe and our place within it,” says ANU’s Professor Matthew Colless, who is Vice Chair of the telescope’s Organization Board.

The ANU and AAL will have a 10%  share of the US$1 billion project. That will ensure Australian astronomers and scientists will be able to use the telescope and remain at the forefront of astronomy and astrophysics research.

“Australian industry will also play a key role in building some of the new high-technology equipment at the heart of the Giant Magellan Telescope,” says Professor Colless.

The telescope's Integral Field Spectograph is being designed and built by ANU researchers and engineers. The spectrograph will record spectra from each point across the field of view simultaneously and take full advantage of the telescope’s light-collecting power and high resolution.

Australian instrument scientists at ANU will also develop and build key elements of the crucial adaptive optics system for the GMT. Adaptive optics remove distortions in images, such as twinkling stars, caused by turbulence in the Earth’s atmosphere.

AAL Chair, Nobel laureate and astrophysicist Professor Brian Schmidt, says the Giant Magellan Telescope will open up a new era in astronomy and allow scientists to look back in time to shortly after the big bang.

“The Giant Magellan Telescope will help astronomers unlock secrets of the Universe and will herald a new era of discoveries,” says Professor Schmidt.

Australia’s involvement in the GMT Project is possible due to a $93 million contribution from the Commonwealth Government through the Education Investment Fund and National Collaborative Research Infrastructure Strategy.