A UNSW and Australian Museum study using data from a citizen science project finds 70 per cent are vulnerable to housing, agriculture, roads and recreation. 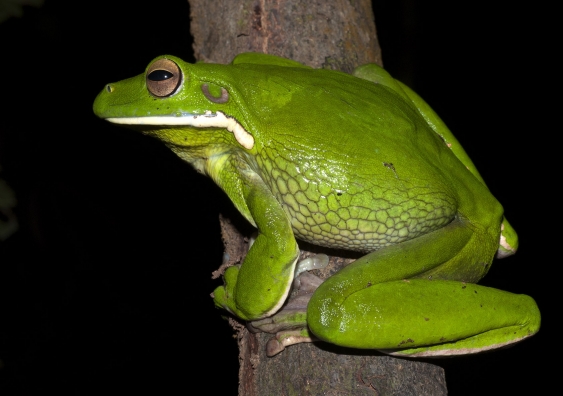 The White-lipped Tree Frog (Litoria infrafrenata) from northern Queensland is an example of one of Australia's most tolerant frog species. Photo: Jodi Rowley.

The findings, published in the journal Global Change Biology, are particularly concerning as more than 40 of Australia’s 243 frog species are already threatened with extinction.

“By studying how species respond to human-driven habitat modification, and ranking them based on their tolerance, we can prioritise the most vulnerable species and take appropriate conservation measures to mitigate the risk to biodiversity.”

Frogs are the sign of a healthy environment, but they are one of the most threatened groups of animals on earth. Humans have played a large part in their decline by clearing and modifying native vegetation for housing, agriculture, roads, and recreation. In Australia, cities and agriculture already account for more than half of the country’s land use.

With this in mind, the researchers developed a tolerance index to measure these effects on frogs, accounting for the multiple stressors such as roads, built up areas, farms, mines, and light pollution.

The index was based on over 126,000 frog observations from the Australian Museum’s citizen science project FrogID, which was set up to monitor frog populations and help better understand and conserve Australia’s frog species.

“Thanks to thousands of people across Australia recording frogs on their mobile phones using the FrogID app, we had access to a huge number of frog observations,” study UNSW co-author and lead scientist of FrogID, Dr Jodi Rowley says.

Dr Rowley is also curator of Amphibian and Reptile Conservation Biology at the Australian Museum.

“A dataset of this size grants us the ability to study broad trends in terms of what makes a frog tolerant or intolerant.”

Alarmingly, 70 per cent of frogs studied were intolerant of human modified habitats.

“Frogs that are so called ‘habitat specialists’ are particularly vulnerable to human impacts,” Ms Liu says. 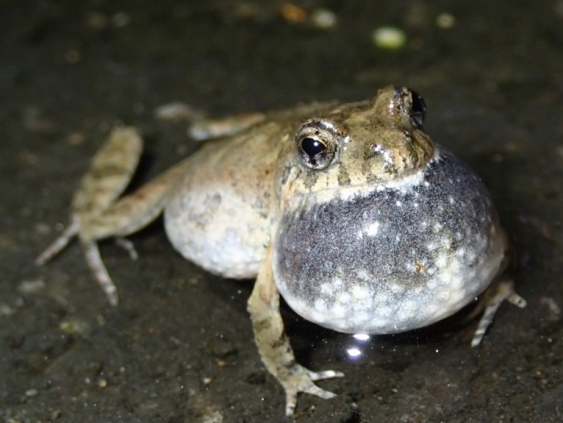 “These frogs, including the Crawling Toadlet (Pseudophryne guentheri) and the Bleating Froglet (Crinia pseudinsignifera), have specific habitat requirements that backyards, gardens and other human modified habitats just can’t provide.

“Frogs that lay their eggs on land are also intolerant of habitat modification due to their strong dependence on forest resources, so there is a clear need to preserve natural habitat.”

But other species, the ‘tolerators’, regularly turn up in people’s backyards and may actually be perfectly content living there, the scientists say.

“Generalists species like the Striped Marsh Frog (Limnodynastes peronii), White-lipped Tree Frog (Litoria infrafrenata) and Motorbike Frog (Litoria moorei) can make use of a variety of resources and environmental conditions and can thrive in human modified habitats,” Ms Liu says.

The findings were optimistic for some frog species, with species that call from vegetation often tolerant of modified habitats.

“This suggests that in addition to preserving native habitat, frog diversity can be supported by creating green spaces and ‘frog-friendly’ gardens in modified areas,” Dr Rowley says.

The scientists say many more species may be hard hit if stronger conservation measures are not taken. 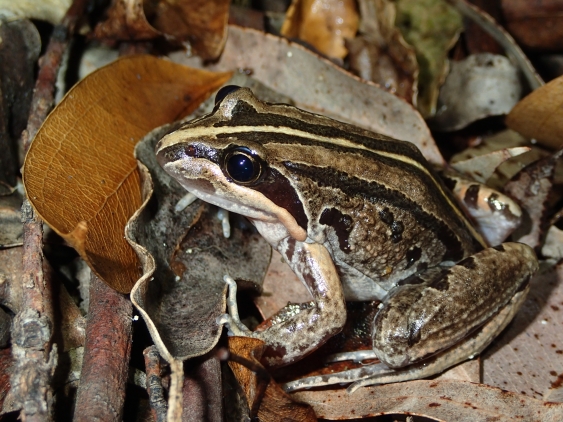 The public is being encouraged to continue the count of Australia's frogs using FrogID so UNSW and Australian Museum scientists can continue to better understand Australia’s frogs, the health of our ecosystems and biodiversity in general.

“We are also using FrogID to understand basic but vital things like how many frog species we have and even discover species currently unknown to science,” Dr Rowley says.

Of all the studied species, the Crawling Toadlet (Pseudophryne guentheri) was the least tolerant of human modified habitats. “This is a small ground-dwelling frog, no more than 4cm in body length, from southwest Western Australia,” Ms Liu says.

The second most intolerant species was the Bleating Froglet (Crinia pseudinsignifera), another small frog, reaching 3cm in body length, from southwest Western Australia. It lives in temporary swamps in granite areas.

“The males – the sex that makes advertisement calls – live up to their name, wooing females with a continuous ticking call. The females will then lay their eggs in a cluster on land under wet leaf litter, logs, or waterside vegetation,” Dr Rowley says. 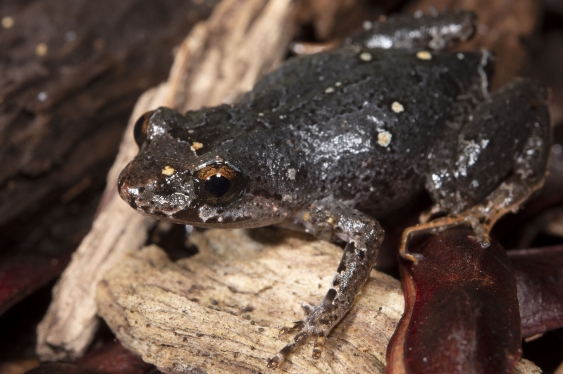 There were species that did not have enough data for the scientists to study.

“Most of these were habitat specialists, secretive species, or species that live in very remote parts of Australia – those that are likely to be even more intolerant of habitat modification,” Ms Liu says.

Australia’s most modification tolerant frog was the Striped Marsh Frog (Limnodynastes peronii). Not only does this frog occupy human modified habitats, but the researchers say that it may even prefer them to natural habitats.

“This is a frog that is likely to be familiar to many of those living along Australia’s eastern coastline,” Ms Liu says. “It has a distinctive call that sounds a lot like a dripping tap, or a tennis ball being hit.”

This frog inhabits rainforest and Melaleuca swamps, but it is not unusual for them to appear on farms and in suburban gardens. 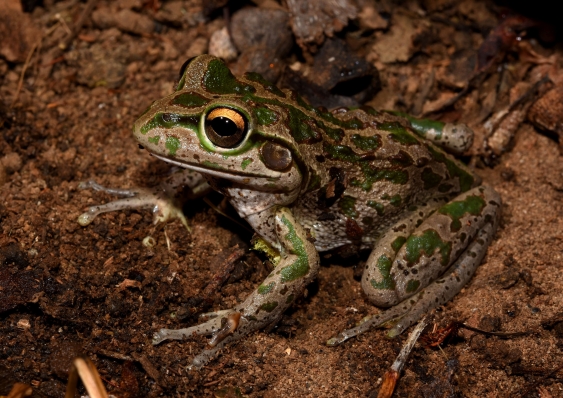 Third place went to Western Australia’s Motorbike Frog (Litoria moorei). Its mating call, as the name suggests, resembles the rumble of a motorbike.

“If you had one of these frogs in your backyard, you’d be forgiven for thinking that someone was doing burnouts on a motorbike outside your house,” Ms Liu says.