Scientia Professor and UNSW SHARP Hire Kaarin Anstey believes involving people with diverse perspectives can lead to breakthroughs in ageing research, and that teamwork is crucial. 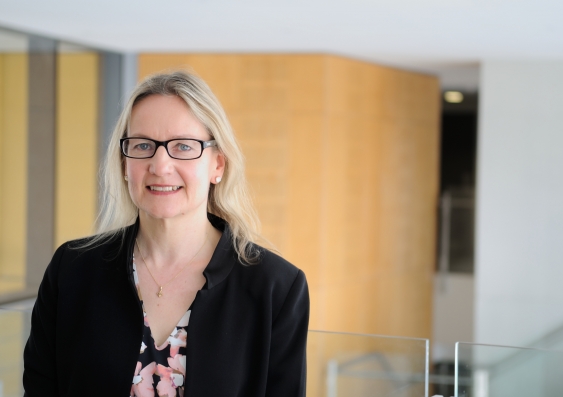 Many years ago, when Scientia Professor Kaarin Anstey was working at a publishing company, she was struck by the sudden realisation that she no longer wanted to be a bystander in cognitive ageing research.

Instead, Professor Anstey wanted to be the one writing the book on the topic. That pivotal moment was what propelled her to delve into the world of research.

“I enjoyed working in publishing, but I felt I wanted to be doing the research myself,” says Professor Anstey.

“It was then I started to look at what skills you needed to become a researcher and to get the job.”

Professor Anstey chose to study psychology as she felt it offered well-rounded training for future researchers. The approach not only taught her the scientific method, but also gave her insights into human behaviour and biology. The subject also provided a balanced combination of biological science and the social sciences.

The psychology of ageing

“I then discovered a fairly new area called psychology of ageing, in particular cognitive ageing. It soon became clear that there were many unanswered questions, which fascinated me,” says Professor Anstey.

The questions Professor Anstey set out to tackle revolve around the reasons why people age differently. For instance, why does one person’s memory decline with old age, but another person’s cognitive abilities stay sharp?

“Cognition is really at the core of who we are as people,” says Professor Anstey.

“Our memories, how we process information and make decisions, our capacity to manage everyday finances, and the ability to follow instructions at home and in the workplace – it all comes down to cognition.”

Estimates from the World Health Organisation show by 2020, the number of people aged 60 years and older will outnumber children younger than 5 years. Between 2015 and 2050, the proportion of the world's population over 60 years will nearly double from 12% to 22%.

Professor Anstey says countries need to adjust to this demographic shift. “All populations across the world are ageing and it is going to create dramatic changes in the need for health and care services,” she says.

“When you do a survey - usually there is box that says 70 years and older. But with an ageing population, there are more people that live into their 90s and actually we don't know a lot about that - that's the new frontier.”

Her current area of focus is the epidemiology of cognition and dementia, including working with the World Health Organisation to develop international guidelines and the global action plan for dementia care and service delivery.

What is core to Professor Anstey’s research philosophy is an emphasis on teamwork and collaboration. In her opinion, the more perspectives the better.

“It is impossible to do my research without collaboration and input from all disciplines,” she says.

“I think good, productive collaboration requires communication that forces you to set aside your own discipline and ways of thinking.”

By appreciating what people with different expertise can bring to the table, the shared knowledge can help address more complex questions when interpreting results and designing more effective studies.

“Collaboration is so stimulating – by working with people in different fields it gives you new ideas and ways of tackling a problem in ways you hadn’t even thought of,” says Professor Anstey.

“For example, for a study on how to improve driver safety in aged population, you could be involving an occupational therapist, optometrists, psychologists, designers for road safety signs, IT teams and statisticians.”

“I love working with my team and I’m still constantly fascinated by the research I want to do, and I also want to make a difference,” says Prof Anstey.

“It gives you a sense of purpose.”

Scientia Professor Kaarin Anstey joined the University in 2018 under its Strategic Hires and Retention Pathways (SHARP) scheme, an initiative of the UNSW 2025 Strategy to recruit world-class researchers to the University, and the NeuRA Discovery Fund.