As the world warmed from the last ice age, a rise in carbon dioxide levels stalled for nearly 2,000 years. That's always puzzled scientists, but now they think they know what happened. 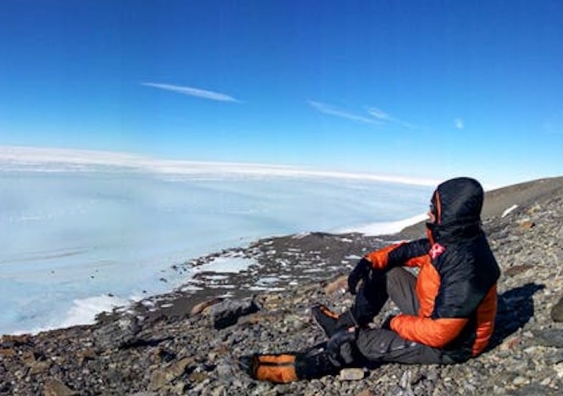 Evidence of minute amounts of marine life in an ancient Antarctic ice sheet helps explain a longstanding puzzle of why rising carbon dioxide (CO₂) levels stalled for hundreds of years as Earth warmed from the last ice age.

Our study shows there was an explosion in productivity of marine life at the surface of the Southern Ocean thousands of years ago.

And surprisingly, this marine life once played a part regulating the climate. Hence, this finding has big implications for future climate change projections.

Walking into the past

Our research took us on a four-hour flight from Chile to the Weddell Sea, at the extreme southern end of the Atlantic Ocean, to land on an ice runway at a frigid latitude of 79° south. 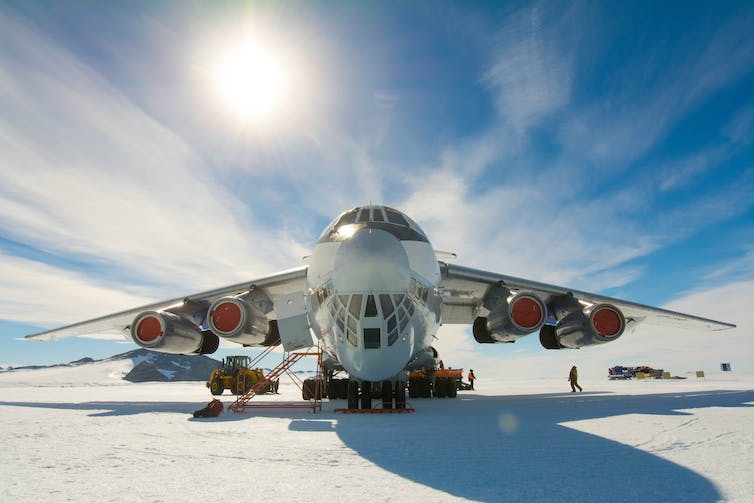 The Weddell Sea is frequently choked with sea ice and has been hazardous to ships since the earliest explorers ventured south.

In 1914, the Anglo-Irish explorer Ernest Shackleton and his men became stuck here for two years, 1,000 kilometres from civilisation. They faced isolation, starvation, freezing temperatures, gangrene, wandering icebergs and the threat of cannibalism.

Surviving here is tough, as is undertaking science.

Read more: What an ocean hidden under Antarctic ice reveals about our planet's future climate

We spent three weeks in the nearby Patriot Hills, drilling through ice to collect samples.

Normally when scientists collect ice samples, they drill a deep core vertically down through the annual layers of snow and ice. We did something quite different: we went horizontal by drilling a series of shorter cores across the icescape.

As the winds blow throughout the year, they remove the surface ice in a process called sublimation. Older, deeper ice is drawn up to the surface. This means walking across the blue ice towards Patriot Hills is effectively like travelling back through time.

A walk across the blue ice is a walk back in time. Matthew Harris, Keele University, Author provided

The exposed ice reveals what was happening during the transition from the last ice age around 20,000 years ago into our present warmer world, known as the Holocene.

As Earth was warming, carbon dioxide levels in the atmosphere were rising rapidly from around 190 to 280 parts per million.

But the warming trend wasn’t all one way.

Starting around 14,600 years ago, there was a 2,000 year-long period of cooling in the Southern Hemisphere. This period is called the Antarctic Cold Reversal, and is where CO₂ levels stalled at around 240 parts per million.

Why that happened was the puzzle, but understanding it could be crucial for improving today’s climate change projections.

Finding life in the ice

Over three weeks we battled the winds and snow to make a detailed collection of ice samples spanning the end of the last ice age. 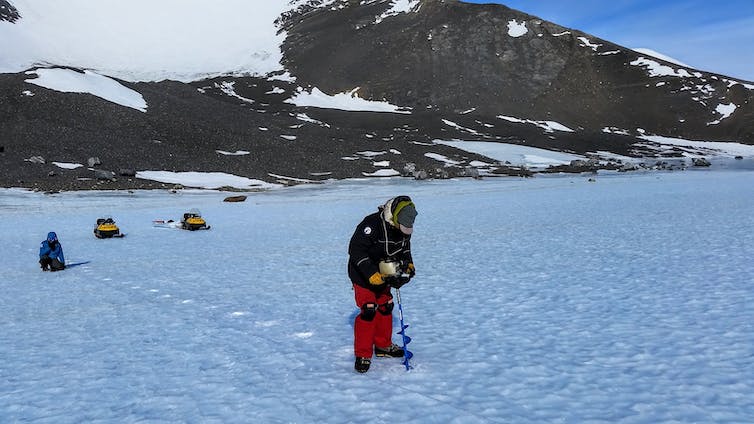 We collected sample of ice to study later in the lab. Chris Turney, Author provided

To our surprise, hidden in our ice samples were organic molecules – remnants of marine life thousands of years ago. They came from the cyclones off the Weddell Sea, which swept up organic molecules from the ocean surface and dumped them onshore to be preserved in the ice.

Antarctic ice, which forms from snowfall, usually only tells scientists about the climate. What’s exciting about finding evidence of lifẻ in ancient Antarctic ice is that, for the first time, we can reconstruct what was happening offshore in the Southern Ocean at the same time, thousands of years ago.

We found an unusual period, displaying high concentrations and a diverse range of marine microplankton. This increased ocean productivity coincided with the Antarctic Cold Reversal.

Our climate modelling reveals the Antarctic Cold Reversal was a time of massive change in the amount of sea ice across the Southern Ocean. 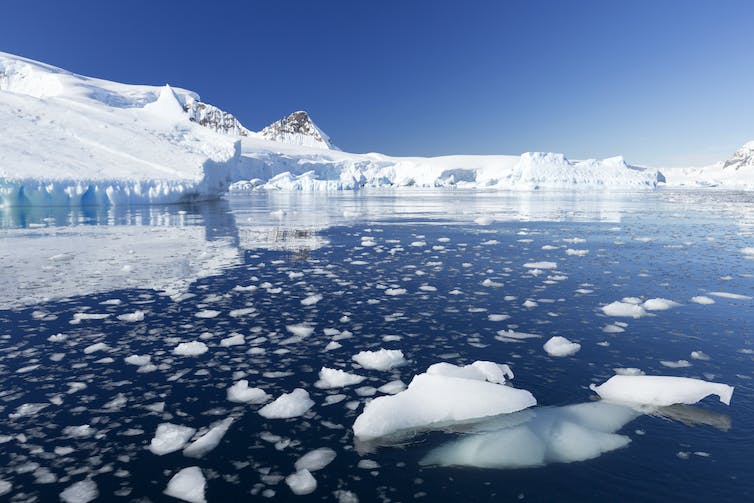 Sea ice formed in winter melts in summer, and dumps nutrients into the ocean. Shutterstock

As the world lurched out of the last ice age, the summer warmth destroyed large amounts of sea ice that had formed through winter. When the sea ice melts, it releases valuable nutrients into the Southern Ocean, and fuelled the explosion in marine productivity we found in the ice on the continent.

This marine life caused more carbon dioxide to be drawn from the atmosphere as it photosynthesised, similar to the way plants use carbon dioxide. When the marine life die they sink to the floor, locking away the carbon. The amount of carbon dioxide absorbed in the ocean was sufficiently large to register around the world.

What this mean for climate change today

Today, the Southern Ocean absorbs some 40% of all carbon put in the atmosphere by human activity, so we urgently need a better understand the drivers of this important part of the carbon cycle.

Read more: The last ice age tells us why we need to care about a 2℃ change in temperature

Marine life in the Southern Ocean still plays an important role in regulating the amount of atmospheric carbon dioxide.

But as the world warms with climate change, less sea ice will be formed in polar regions. This natural carbon sink of marine life will only weaken, increasing global temperatures further.

It’s a timely reminder that while the Antarctic may seem remote, it’s impact on our future climate is closer and more connected than we might think.

Chris Turney, Professor of Earth Science and Climate Change, Director of the Changing Earth Research Centre and the Chronos 14Carbon-Cycle Facility at UNSW, and Node Director of the ARC Centre of Excellence for Australian Biodiversity and Heritage, UNSW and Chris Fogwill, Professor of Glaciology and Palaeoclimatology, Head of School Geography, Geology and the Environment and Director of the Institute for Sustainable Futures, Keele University