Robotic mining that can provide water and fuel is the key to developing a colony on the red planet within the next 30 years. 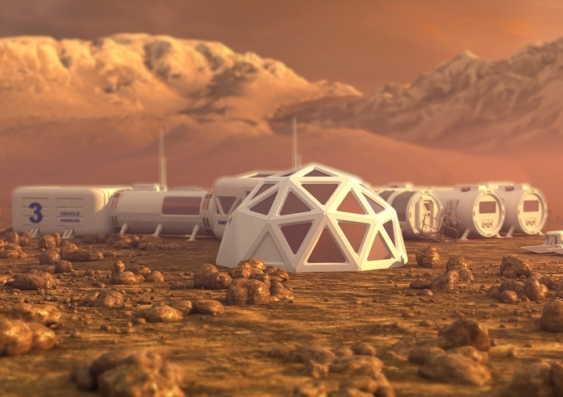 Artist's impression of what a colony on Mars could look like. Photo: Shutterstock

Mars will be colonised by humans by the year 2050, as long as autonomous mining processes quickly become more commercially viable.

That’s the view of Professor Serkan Saydam from UNSW Sydney in the wake of the amazing landing on Mars by NASA’s Perseverance rover.

Perseverance is expected to provide answers about whether forms of life ever existed on the red planet, but it is also designed to help address the challenges of future human expeditions there.

Professor Saydam, from the School of Mineral Energy Resources Engineering, says the main focus in terms of creating a colony on Mars is finding water – and being able to extract it and process it using robots before humans land.

“Everything is all about water,“ Prof. Saydam says. “You use water as a life support, plus also being able to separate out the hydrogen to use as an energy source.

“The process for having humans on Mars will be to set up operations, go there and produce water with robots first, and then be able to extract the hydrogen to make the energy ready before people arrive.

“Innovation in robotics and autonomous systems are clearly important so that we have the water ready and the hydrogen separated and ready for when human beings land.

“At the moment, we don’t have ability to do it. There are significant research efforts, specifically here at UNSW under ACSER (Australian Centre for Space Engineering Research), about the best way to do it, but there is no consensus yet. It also depends on how many people we expect to be living on Mars. Is it five, or 5000, or 50,000, or even more?“ 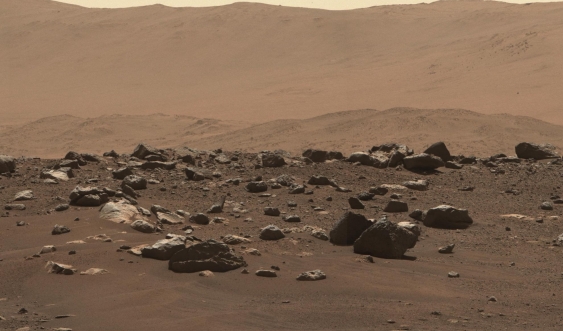 An image of the surface of Mars taken by the Perseverance Rover in March 2021. Photo: NASA

Entrepreneur Elon Musk has claimed he’s confident there will be a city of 1 million on Mars by 2050, transported there by 1000 Starships proposed by his SpaceX venture, with plans for up to three rocket launches per day.

Prof. Saydam says that may be unrealistic in the specific timeframe, but admits that demand for travel and a potential colonisation of Mars is what’s needed to drive the technological developments required.

“I think the technology is ready and we already have the knowledge, but the main problem is having the focus,“ says Prof. Saydam, who is organising an International Future Mining Conference in December 2021 that will feature former NASA astronaut Pamela Melroy and Honeybee Robotics vice-president Kris Zacny.

“It’s a bigger question: ‘Why don’t we do that already on earth? Why are we still using human beings for physical work in mining here?’ We have huge experience in mining, but still heavily depend on humans.

“One issue is that demand is not there. For companies to get involved in developing products (for Mars missions), they need to be able to produce minerals or something that can be used for manufacturing goods and then sell it.

“At the moment, everything is just a cost and there is no revenue for companies.“

However, that could be starting to change. United Launch Alliance, a joint venture between Lockheed Martin and Boeing who are heavily invested in the rockets used to launch spaceships, has publicly announced they will pay $500 per kilogram for fuel – derived from water – supplied on the moon. That rises to $3000 per kilogram if the fuel is available in a low-earth orbit.

An artist's impression of mining operations on Mars ahead of a potential colony of humans on the red planet. Photo: Shutterstock

“That immediately creates a market,“ Prof. Saydam says. “Plus, if Elon Musk does what he says and puts people on the surface of Mars in 20 years, then that also creates a market.

“I believe a colony on Mars is going to happen, but between 2040 and 2050 is more feasible. This could be shortened depending on the technological advances that can reduce the costs or from stronger motivation.

“What I think will happen is that first of all we will do these activities on the moon and have a colony there. Then we can use the moon as a petrol station to get to Mars and beyond.

“But before 2050, I think we will have settlements on both the moon and Mars.“

Perseverance rover’s search for life on Mars: from the outback to the red planet