Opinion Megadroughts helped topple ancient empires. They're in Australia's past, with more to come

New research shows Australia experienced a number of megadroughts in the last 1000 years. We may be underestimating the severity of drought in Australia’s future. 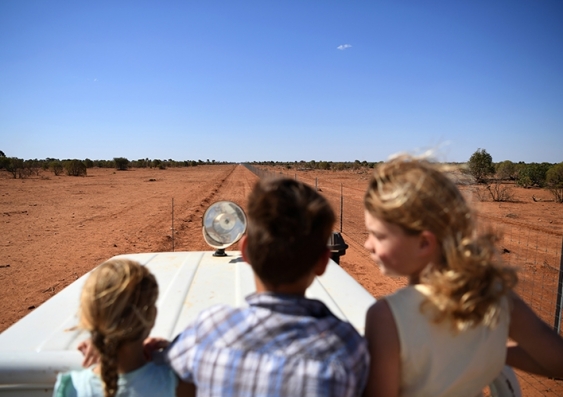 Most Australians have known drought in their lifetimes, and have memories of cracked earth and empty streams, paddocks of dust and stories of city reservoirs with only a few weeks’ storage. But our new research finds over the last 1,000 years, Australia has suffered longer, larger and more severe droughts than those recorded over the last century.

These are called “megadroughts”, and they’re likely to occur again in coming decades. Megadroughts can last multiple decades – or even centuries – with occasional wet years offering only brief relief. Megadroughts can also be shorter periods of very extreme conditions.

We show megadroughts have occurred several times across every inhabited continent over the last two millennia. They’ve dealt profound damage to agriculture and water supplies, increased fire risk, and have even contributed to toppling civilisations.

Unless we incorporate the full potential of Australian drought into our planning, management and design, their impacts on society and the environment will likely worsen in coming decades.

The role of climate change

Instrumental records only go back so far. In Australia, they cover only the last 120 years or so. Scientists can gauge local, yearly climate further back in time, by deciphering clues written in tree rings, corals, and buried ice (known as ice cores), among other archives.

To look at previous occurrences of megadroughts, we consolidated findings drawn from such datasets and a range of other long-term records.

Historically, droughts have been defined by rainfall deficits, and these deficits can be largely attributed to complex interactions between oceans and the atmosphere over a long time. For example, decades-long La Niña conditions have been linked to medieval droughts in North and South America.

There is some uncertainty in climate models about the effect of climate change on rainfall at local and regional scales. However, climate change is putting places that have previously endured megadroughts – such as Australia – at an increased risk of megadroughts in future.

Currently, parts of the United States – including Arizona, Nevada and Utah – are in the throes of a megadrought, lasting some two decades. Historically, megadroughts have profoundly impacted societies and environments.

In the American southwest, megadroughts in the late 1200s likely contributed to the desertion of the Mesa Verde cliff dwellings. Likewise, the Hohokam peoples relied heavily on a canal system, and this dependence in a time of severe and extended drought may have contributed to their decline over the 14th and 15th Centuries.

Europe and Asia have had their share of megadroughts, too. Research shows severe megadroughts in Asia in the 1300s and early 1400s quite likely helped cause the collapse of Cambodia’s vast Khmer Empire. 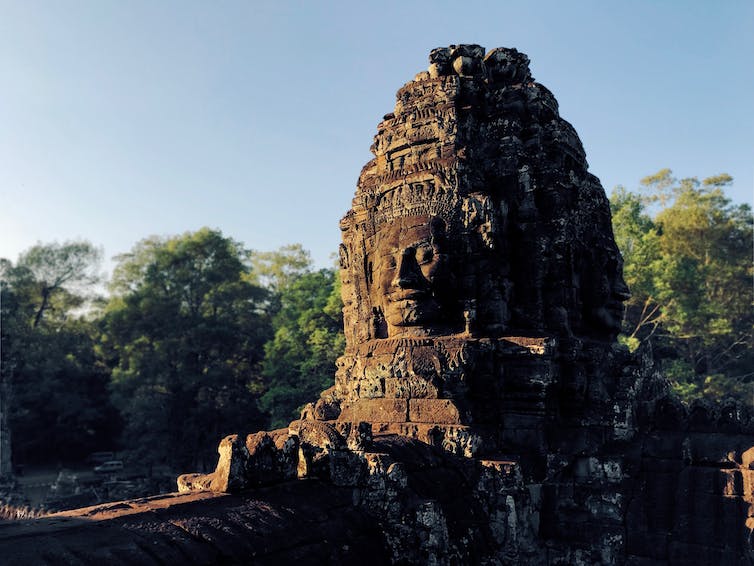 While many Australians may remember the severity of the Millennium Drought between 1997 and 2009, we found this drought wasn’t actually particularly unusual. Megadroughts of the same or greater severity have occurred over the past 1,000 years across several parts of Australia, and were relatively common over much of eastern Australia.

This includes megadroughts between 1500 and the 1520s, and between the 1820s and 1840s. And while relatively short, a dry period between 1789 and 1795, coinciding with European invasion, included several years of severe drought. The year 1792 in particular was extremely dry over almost all of eastern Australia.

Western Australia’s wheat belt is currently experiencing a decline in rainfall. This, too, isn’t unusual compared to droughts there in the past. Tree rings in the region reveal that longer, more severe droughts occurred there six times in the last 700 years, including the years 1393-1407, 1755-1785, and 1889-1908.

Even in Tasmania, evidence suggests prolonged dry periods occurred in the latter part of the 16th Century, with a shorter but more severe downturn from 1670-1704.

We need to be better prepared

Water management in Australia has relied on short instrumental data. These do not capture the full range of variability in our rainfall.

This means, for example, that Australia’s infrastructure may be inadequately designed or managed to cope with major flood events or prolonged dry conditions.

Now, even relatively short but very dry periods can lead to major problems. We saw this recently in Tasmania in the summer of 2015 and 2016 when, after a dry winter and spring, water levels in major catchments were minimal and fires raged in the west. The Basslink cable, which connects Tasmania to the national grid, broke, resulting in the use of diesel power generation to keep power on in the state.

Future megadroughts will amplify the pressures on already degraded Australian ecosystems. We know from Australia’s recent past the harm relatively smaller droughts can impose on the environment, the economy, and our mental and physical health.

We must carefully consider whether current management regimes and water infrastructure are fit-for-purpose, given the projected increased frequency of megadroughts.

It’s difficult to plan effectively without fully understanding even natural variability. And this means better appreciating the data we have from archives such as tree rings, corals and ice cores – crucial windows to our distant past.