Researchers have made a significant advance in heart attack research, with the development of a polymer patch that improves the conduction of electrical impulses across damaged heart tissue. 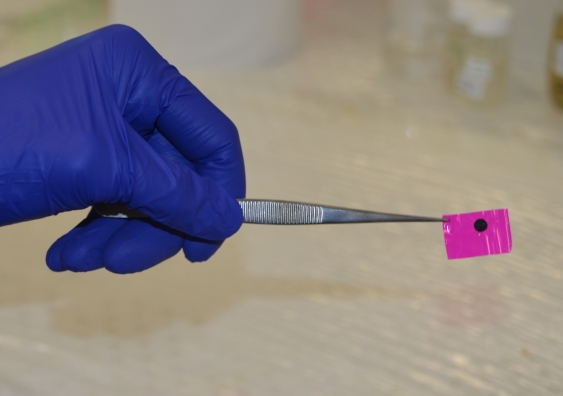 A flexible, electrically conducting patch for the heart. Photo: UNSW

Researchers have made a significant advance in heart attack research, with the development of a polymer patch that improves the conduction of electrical impulses across damaged heart tissue.

The flexible patch, which has been shown to work in animal models, is long lasting and has the significant advantage that it can be stuck onto the heart without the need for stitches.

The research, by an Australian and British team led by Dr Damia Mawad at UNSW in Sydney and Professor Molly Stevens at Imperial College London, is published in the journal Science Advances.

“This leads to potentially fatal disturbances of the heart rhythm. Our electrically conducting polymer patch is designed to address this serious problem.”

The patch is made from three components: a film of chitosan, a polysaccharide found in crab shells that is often used as a food additive; polyaniline, a conducting polymer that is grown on top; and phytic acid, a substance found in plants which is added to the polyaniline to switch it to its conducting state.

“Conducting polymers work when they are dry, but most become non-conducting in a very short time when placed in bodily fluids,” says study first author Dr Mawad, of UNSW ‘s School of Materials Science and Engineering.

“Our suture-less patch represents a big advance. We have shown it is stable and retains it conductivity in physiological conditions for more than two weeks, compared with the usual one day of other designs.

“No stitches are required to attach it, so it is minimally invasive and less damaging to the heart, and it moves more closely with the heart’s motion.” 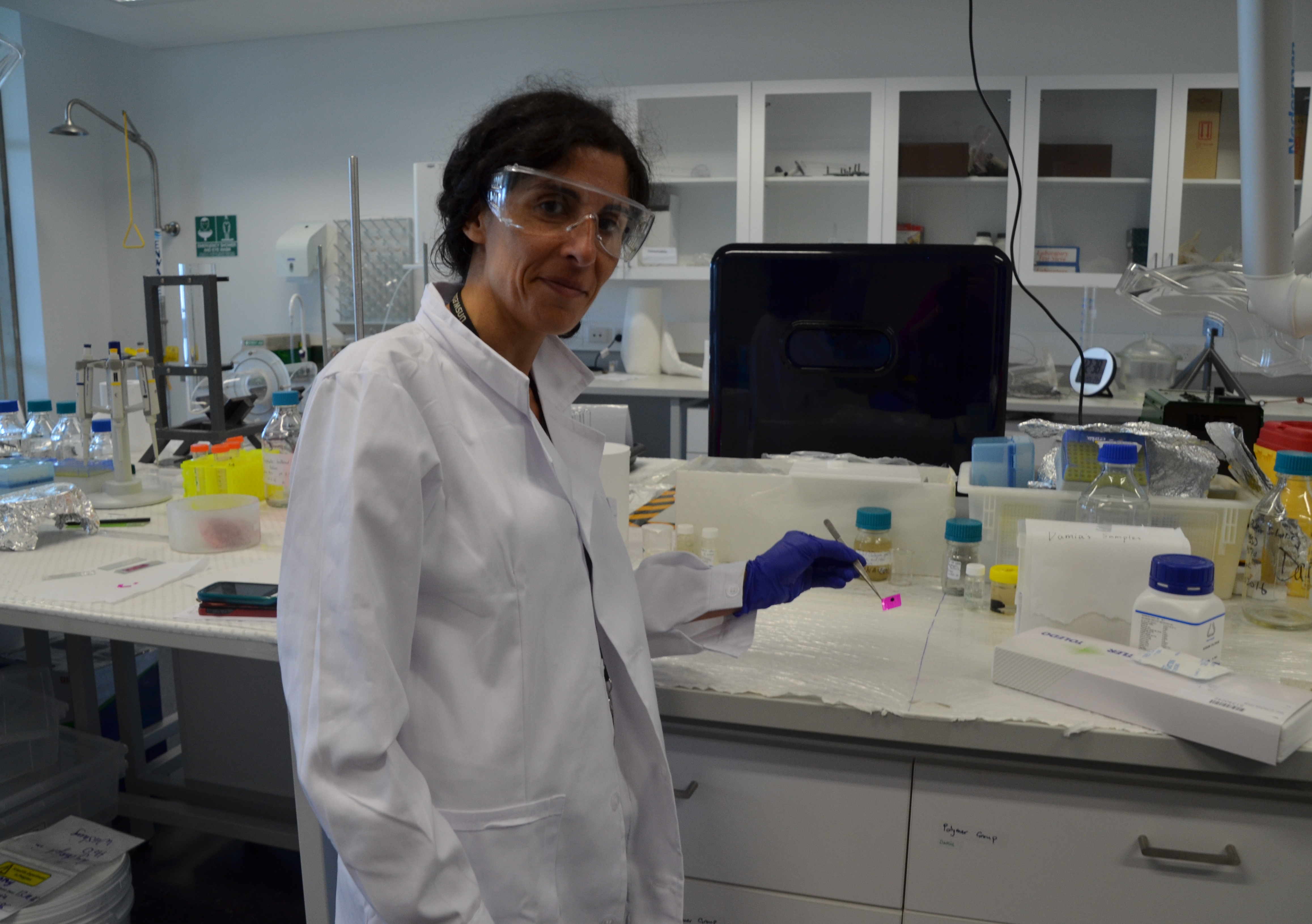 The patch is made to adhere to the heart tissue by shining a green laser on it, in a patented technique developed at UNSW by Dr Antonio Lauto of Western Sydney University.

Team members at the British Heart Foundation’s Imperial Cardiovascular Regenerative Medicine Centre, led by Professor Harding and Professor Cesare Terracciano, tested the patch by implanting it into rats. They found it improved the conduction of electrical impulses across the heart scar tissue.

“We envisage heart attack patients eventually having patches attached as a bridge between the healthy and the scar tissue, to help prevent cardiac arrhythmia. However, our patch is at the very early stages of this research. This technology can now be used for basic research to gain insights into the interface between the material and tissue,” says Dr Mawad.

Dr Mawad carried out much of the experimental research on the patch while on a Marie Curie Scholarship in Professor Molly Stevens’ group in Imperial College.