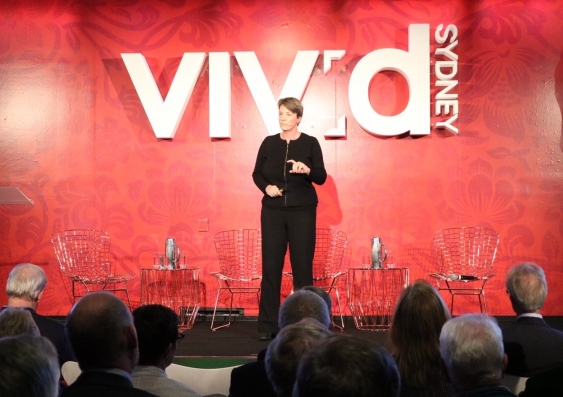 Scientia Professor Simmons, speaking at the Museum of Contemporary Art, said that Australia’s research ecosystem has created a unique advantage in the field of quantum science and nanotechnology, citing six quantum-related Australian Research Council Centres of Excellence as an example.

She said the development of a quantum computer would transform the information economy, solving in hours or minutes problems that would take supercomputers centuries to process.

“The exciting thing for us is that 15 to 20 years ago we saw that rapid improvements in today’s computers were coming to an end, and we saw the promise of quantum, so Australia is now able to take advantage of the skills and technology we’ve developed in that time,” said Simmons.

The UK-born scientist, who is leading the world in the race to build a prototype quantum computer in silicon, said Australians should be excited about the prospect of success because quantum computers could lead to improved software for aeroplanes, the discovery of distant planets, early cancer detection, self-driving cars and the development of more effective drugs.

“There are a number of big teams from around the world in the race to build the first workable quantum system, with huge amounts being invested in many different types of qubit technology, the basis for a quantum computer.

“The question is: who's going to get there first, and are they going to be working alone or working in a team? We're backing silicon qubits because we know they are easier to manufacture and more stable than other types of qubits.

“We work with some of the best research teams around the world, but our partnership with end-users such as Telstra and CBA is the most exciting to me. They've started to identify problems that they need to solve, and we're now working together on a 10-qubit prototype system.”

The director of the UNSW-based Australian Research Council Centre of Excellence for Quantum Computation and Communication Technology (CQC2T), Simmons leads a 200-strong team that is working to develop a full-scale quantum ecosystem, including technologies for computing, information storage and communications. In March, she was recognised for her pioneering research as the 2017 L’Oréal-UNESCO Women in Science Laureate for the Asia-Pacific.

Michelle Simmons is an ambassador for Business Events Sydney, which organised the ‘Creating a Quantum World’ event as part of the 2017 Vivid Ideas festival program. Hear a recording of Professor Simmons' keynote address and see the photo gallery.