Opinion Microbes: the tiny sentinels that can help us diagnose sick oceans 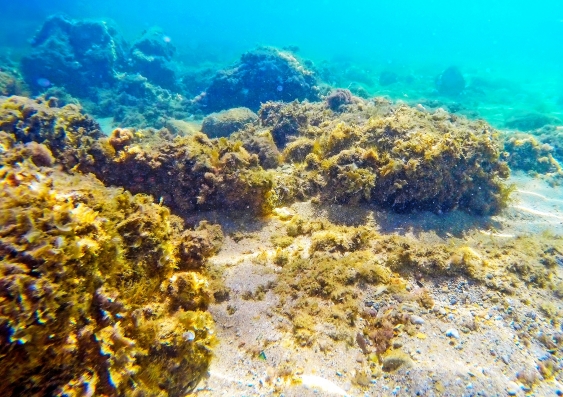 OPINION: Microbes - bacteria and other single-celled organisms - may be tiny, but they come in huge numbers and we rely on them for clean water, the air we breathe and the food we eat.

They are nature’s powerhouses but they have often been ignored. We previously lacked the capacity to appreciate truly their diversity, from micro-scales right up to entire oceans.

Recent advancements in genetic sequencing have revealed this diversity, and our research, published in Frontiers in Aquatic Microbiology this week, shows how we can use this information to understand human impacts on an unseen world – making microbes the new sentinels of the sea.

A sea of microbes

The great majority of bacteria and other microbes are extremely beneficial, performing vital roles such as recycling nutrients.

The number of bacteria on Earth is estimated at 5x10³⁰ (or 5 nonillion, if you prefer), and many of them live in the ocean. There are 5 million bacteria in every teaspoon of seawater, and more bacteria in the ocean than stars in the known universe.een 100 million and 1 billion bacteria per teaspoon. These sediments are vital for recycling nitrogen, particularly in coastal sediments closest to human populations. Without bacteria and other microbes, sediments would turn into unsightly, pungent piles of waste.

Microbial services are not limited to recycling. Many microbes, including cyanobacteria, function like tiny plants by using sunlight to produce oxygen and sugars. Due to their extraordinary number in the world’s oceans, the amount of oxygen these organisms produce is equal to that of all plants on land.

Until recently, finding out just how many different types of microbes there are was relatively difficult. How do you identify and study millions of different organisms that are not visible to the naked eye?

Bacteria, for example, had to be grown in the laboratory in large colonies to be seen. But only 1-3% of bacteria can be cultured successfully.

Advances in genetics together with the development of molecular tools have allowed researchers to investigate marine bacteria in their natural environment. Microbial communities can now be grouped by the role they play in ecosystems and how these groups respond to environmental gradients.

We can use these new tools to measure ecosystem health, which is crucial to managing human impacts on our coastlines, particularly in estuaries. Early studies have found shifts in bacterial community composition to be good indicators of contaminants

Different areas of harbours, such as Sydney Harbour, have distinct bacterial communities. These patterns may be driven by circulation. The outer harbour, which is flushed with seawater on every tidal cycle, is dominated by photosynthetic cyanobacteria. The upper harbour, with less flushing and more runoff, is dominated by soil-related bacteria and those adapted to nutrient-rich environments.

In our waterways, pollutants such as metals bind to fine particles and settle as sediment. This exposes sediment-dwelling organisms to a multitude of toxic products. What effect do these toxic substances have on sediment microbes?

Recent evidence from a large survey of eight estuaries suggests that microbes are far more sensitive to contaminants than larger animals and plants. This survey also revealed that toxic substances were linked to changes in community structure and a reduction in community diversity. This is especially alarming given that a diversity of microbes is essential to nutrient recycling.

It would be great if we could use particular microbes to diagnose human impacts. For instance, certain microbes can indicate water quality.

A technique called metagenomics is revealing the true depth of microbial diversity by pooling DNA sequences from all the species in a sample. It then works backwards to construct a genetic overview of the entire community.

However, while metagenomics can give us important information about the identity of microbes in a community, it can’t tell us what they are doing or how their functions change in response to environmental stressors and human activities.

Metatranscriptomics takes the sequencing approach one step further and characterises gene expression in a microbial community, which can be linked to crucial ecosystem services such as nutrient cycling.

Similar to their use for diagnosis of ailments in humans, molecular tools are being used to diagnose human impacts on earth by observing changes in microbes across polluted and unpolluted environments. They can even detect very small amounts of toxic substances. Because of their diversity, they can potentially be used to detect a wide range of human impacts.

With the new tools to “see” microbes and their importance, we are now perfectly poised to advance our understanding of how microbes are responding to environmental change. They are sentinels of our increasingly human-affected waterways.

Katherine Dafforn is a Senior Research Associate in marine ecology, Emma Johnston is Professor of Marine Ecology and Ecotoxicology and Inke Falkner is Community Outreach Coordinator for the Sydney Harbour Research Program, Sydney Institute of Marine Science. Melanie Sun is a PhD Candidate in Environmental Research at UNSW.