For invasive species leaving their home, they leave not only their predators but also the species that helped them thrive. 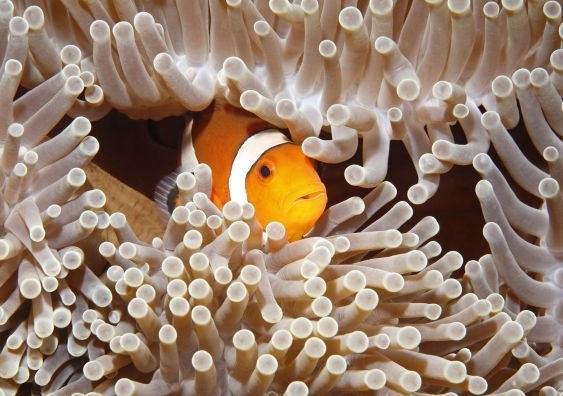 Anemonefish have a strong bond with their anemones; leaving home for these fish means leaving their stinging shelter. Photo: cbpix/Shutterstock

Arriving to a new range or location, invasive species lose not only their enemies but also their friends – those relationships that benefit colonisation.

A meta-study, published in Biology Letters and led by Professor Angela Moles from UNSW Sydney’s School of Biological, Environmental and Earth Sciences, examined the ‘friendship networks’ of invasive species (such as pollinators for plants) before and after they left their home range. The study observed that – for plants at least – invading species interacted with nearly twice as many friendly species at home than in invaded habitats. Interactions between these friendly mutualist species occurred 2.3 times more often in the home range, too.

“In this paper, we show that many introduced species leave not only their enemies but also their friends behind,” says Prof. Angela Moles. “This might help to explain why so many invasions fail in their early stages – about 60 per cent of introduced species fail to establish.”

This is the first meta-study to quantitatively examine the ‘Missed Mutualist Hypothesis’, the notion that invasive species leave behind their native mutualists – species whose relationships provide a net benefit to survival and reproduction. The Missed Mutualist Hypothesis is the overlooked parallel to the better tested and understood Enemy Release Hypothesis, which describes the advantage afforded to invasive species when they lose their native predators.

“I think many ecologists were more interested in understanding what made introduced plants so successful, rather than the factors that inhibited them invading a new range,” says Prof. Moles. “However, if we want to understand the forces acting on introduced species, shaping the success of colonisation and their evolutionary trajectory, we need to understand both the positive and the negative selective pressures they face.”

Species that miss their mutualists

By appreciating the Missed Mutualist Hypothesis, we can consider the species-species interactions of introduced populations, recognising not only lost enemies but missed mutualists and thereby bolstering our biosecurity policy.

“For instance, the spread of introduced pines can be limited by a lack of fungi in the soil,” says Prof. Moles. “Yet addition of fungi to help pine plantations grow is almost totally unmonitored worldwide.

“Similarly, tree tobacco – a widespread environmental weed in Australia – has twice as many pollinators in its native range of South America than in one of its other introduced ranges, South Africa.” 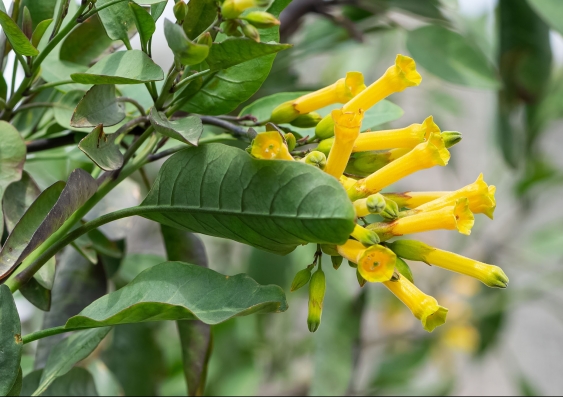 Native to South America, tree tobacco has become a pest across many Australian states and territories, though confined to semi-arid environments. Photo: Cubuk/Shutterstock

By remaining aware of and monitoring mutualist relationships, biocontrol and management might be improved.

“Anemone or ‘clown’ fish (Nemo) are incredibly popular in North American aquaria and yet they haven’t established themselves in the Caribbean or Mediterranean. This is likely due to their missed mutualists, anemones – which only occur in the Indo-Pacific,” Prof. Moles says.

“Again, Ficus rubiginosa, the Port Jackson Fig, is pollinated by five species of fig wasps here in Australia but by only one species in its introduced range in the Northern Hemisphere.”

For species extending their range into foreign environments, the loss of their mutualists doesn’t spell the end, the paper finds.

In a new environment, the options available to invasive species are not dissimilar to those we face when we move away from our loved ones. To mitigate the negative aspects of lost friends, invading species might adapt by making new mutualists or else undergo intensified selection pressure to become independent, to thrive without mutualists.

“Species that shift to strategies without mutualists may reallocate energy from mutualism toward increased competitive ability,” says Prof. Moles.

For example, flowers produce scent to attract pollinators and nectar to reward them – two costs that could be better spent on broader leaves or higher pollen densities.

The alternative – of an introduced species forming new bonds with new (local) mutualists, such as an invasive plant co-opting a local pollinator – is both a possibility and opportunity.

“When introduced species acquire new mutualists in the introduced range, we might adopt management tactics to disrupt these novel interactions. For example, we might manage introduced legumes, which are able to acquire and use local rhizobacteria or root-assisted bacteria, by disrupting the formation of this association,” Prof. Moles says.

With the evidence in this paper, the researchers hope the Missed Mutualist Hypothesis is both referenced and applied more, and the full suite of a species’ relationships is taken into consideration when understanding and managing their invasion.