UNSW Photovoltaics PhD Martha Lenio completed eight months on board a Mars simulation mission. She now has a much deeper understanding of what's involved on such a mammoth interstellar trip. 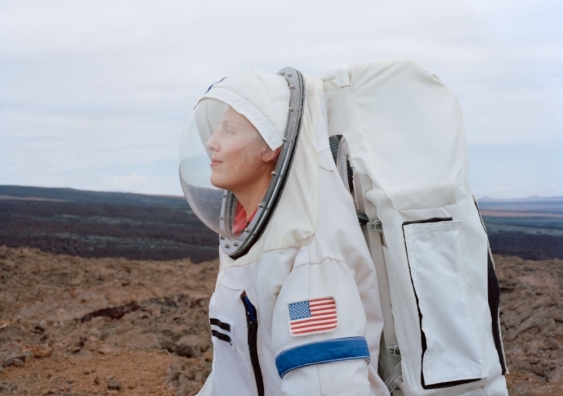 Have you seen Hollywood blockbuster The Martian, starring Matt Damon? If you have, you may have some inkling of what travelling to Mars and survival on the Red Planet might entail.

As the first female commander of a NASA-funded Mars mission simulation, UNSW Photovoltaics PhD graduate and former academic Martha Lenio has a much deeper personal understanding of this type of interstellar trip.

In 2014, Lenio (who, incidentally, enjoyed the movie very much) and five others entered the two-storey, 305m³ Hawaii Space Exploration Analog and Simulation (HI-SEAS) dome for eight months of simulated space travel.

We caught up with Lenio to see how the mission went and find out more about her goal to become a fully fledged Canadian Space Agency astronaut and one step closer to real Mars travel. 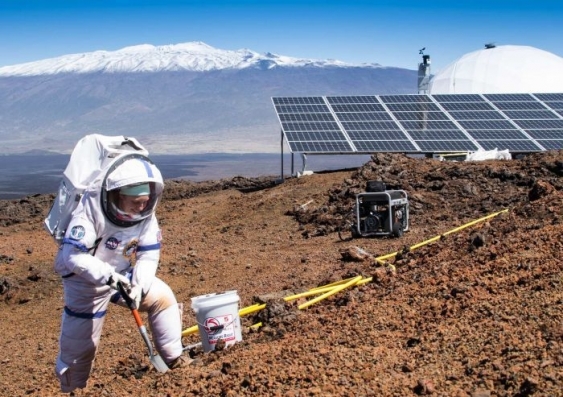 We last spoke when you were just about to enter your Mars simulation mission. How did it go?

I really enjoyed it and my team and I are still good friends, so for me that means it was a really successful mission. As Commander I was often the mediator, so being a good listener and helping people communicate was key. What I found is that I took … I’m going to call it my “mothering ability”, to another level. I’m the oldest of five so taking care of the people around me comes naturally.

In terms of our specific mission, we were the second part of a three-part study on crew selection and how to support astronauts on long-duration isolated missions. NASA hasn’t published a lot of the research yet, but based on some of the results that came out of my crew’s research, NASA was able to extend the funding for three new missions.

What was it about your mission that made it so successful?

I think it’s because, even when times were tough, our crew was diligent about ensuring NASA got 100 per cent of the results that they wanted to get. There is the technological and physical survival side of the mission with tasks and goals we had to perform, but with humans there’s the whole social aspect, too. Often they’ve found that when the social structure starts to break apart, your task and goal structure starts to break apart as well.

But with us that didn’t happen. When our social structure degraded a bit, we were still able to meet NASA's needs and goals. One of the researchers remarked to me at the end that we somehow turned socialising into a task that everyone was committed to doing rather than something we did for fun. Maybe that was an important thing they learned.

What about your specific research area? As gardener-in-chief, how did your garden grow?

I tried growing so many different things. I grew lettuce, tomatoes, carrots, mushrooms, onions and just about all the herbs. We grew wheatgrass and flowers, too, just for the fun of it. The crew got the most enjoyment out of the herbs because we could harvest them pretty much continuously and it just added so much to a meal.

Do you think fresh food tasted better because it was scarce?

Yeah, for sure. By the time we got out of the door we were like, “Oh my God, give me salad. All I want is salad.”

What did you do to make life in such close quarters fun?

We marked and celebrated time. You don’t think of the passage of time as that important when you’re in the outside world, but in the dome it was a really big deal. It’s very easy to get lost in the research. Days merge and you’ve got no sense of time. We were the first crew to be in there for every major holiday – Thanksgiving, Halloween and Christmas – but we celebrated everything else, too. We celebrated Australia Day and Chinese New Year, and if we felt we hadn’t had a celebration in a while we’d look to our “space calendar” and say, “Ah, this was the day the first female astronaut went to space, let’s celebrate that.”

How did it make you feel about the reality of Mars travel?

It was really interesting. Different people learned different things about themselves. For me, I really enjoyed the Mars mission simulation and think I would enjoy a Mars mission or something similarly far away from Earth.

When is NASA planning to send the first astronauts to Mars?

Around the year 2030. They may not land on Mars the first time they send people that far, but we’ll start seeing manned missions to the area by then.

When did you first dream of becoming an astronaut?

What’s the connection with sustainability?

The more sustainable you can make space travel the further you can go. In space, you’re living entirely off renewable energy. You have to recycle all of your air and water, and ideally all of your organic waste back into food. If people are going to be doing a three-year mission to Mars, or even further, we have to be self-sufficient. And all those lessons could have direct impacts here on Earth for how we can live with less impact on our own planet.

You recently got down to the last 70 applicants (out of more than 3000) who applied for the two Canadian positions to train at NASA. Were you disappointed? Will you apply again?

I was actually a lot more disappointed than I thought I would be when I didn’t make it out of the final 72. I know that making it to the end was a long-shot, but I’d been hoping to make it through at least one more round. That said, the application process was a lot of fun, the other applicants were all amazing people, and I will definitely be applying again. I now know some areas that I need to work on for next time, and there should be another call for astronauts in about five years. I’ll be even more prepared by the next call.

When you first went into the dome, you mentioned that you wanted to learn the ukulele. How are your ukulele skills?

They’re a bit better but I didn’t actually work that hard on it in the dome. I soon discovered that learning an instrument in such a confined space was maybe not the best way to get on with my crewmates.