Opinion A monster of a month

We must not let the new hot weather record overwhelm us. Rather, it should be treated as a renewed call-to-arms, writes Sarah Perkins-Kirkpatrick. 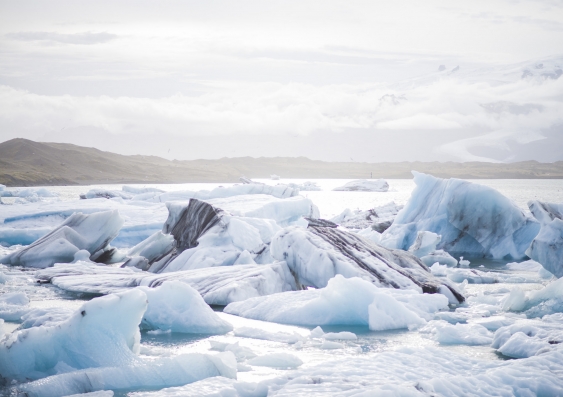 OPINION: Most people know by now that last month was the hottest February since modern records began. It was also the hottest overall month on record, and by the largest margin.

The global average temperature anomaly was 1.35ºC above the 1951–80 average and 1.21ºC above the entire twentieth-century average. For temperatures over land, the deviation almost doubles to a whopping 2.31ºC above the twentieth-century average. Other records broken by February 2016 include the fact that it was the tenth consecutive month in which the global average monthly record was broken and that it completed the hottest three-month period on record (December 2015 to February 2016).

Normally, climate scientists don’t get too anxious over a single month; our blood pressure tends to rise a bit more when record-breaking temperature anomalies are consistently smashed. But February is a special case – not only did it set a new record in an increasingly concerning upwards trend, but the magnitude of the record is terrifying.

So what led to this monster of a month?

First, let’s take a look at the possible influence of the El Niño/Southern Oscillation. The 2015–16 El Niño was one of the earliest and strongest on record, easily comparable to its brother in 1997–98. At the global level, El Niños can cause measurable increases in temperature. We saw this in 1998, in our hottest year on record at the time: thanks to climate change, 1998 would have been a warm year without the El Niño, but the record set would have been smaller.

While the latest El Niño is weakening, its legacy is likely to have had a similar effect on our most recent hottest year on record (2015) and the monster February – increasing the anomaly by just a little bit more than what climate change could achieve on its on. But there is no possible way that an observed El Niño, however strong, could solely explain such a huge monthly temperature deviation. Past El Niños have only intensified global average temperatures by up to 0.25ºC, though the measured influence is usually smaller.

The second factor is the state of the Arctic, where the sea ice extent was more than 7 per cent below the 1981–2010 average, and the ice coverage the smallest since records began in 1979. Over relatively short timescales (monthly-seasonal) a lack of sea ice drives up temperatures. Ocean water is much darker than ice, so radiation from the sun that is normally reflected by the sea ice is absorbed, thus increasing temperatures.

This basic physical interaction drove regional temperatures to well over11.5ºC warmer than the 1951–80 average. These alarmingly warm conditions were not just confined to the Arctic waters. Because of the influence of sea ice (or the lack of it) on atmospheric circulation, similar temperature extremes were measured well south of the Arctic Circle – over Northern Europe, Russia, Alaska and western Canada.

Other regions also sweltered. The December–February average temperature over the United States was the highest since records began in 1895, with February itself the seventh-highest. Australia experienced its ninth-warmest February on record, with the monthly mean temperature anomaly of 0.92ºC largely driven by warm daytime temperatures.

Once these regional figures are merged, it’s easy to see how February was the hottest month on record, especially over land. It is also easy to see that the record was largely driven by anthropogenic climate change, with particular thanks to the shockingly strong positive feedback occurring in the Arctic. It’s scary to think how much more temperatures will increase with further losses in sea ice. And even if we assumed the largest-ever influence of El Niño on global temperatures and removed 0.25ºC from the February anomaly (reducing it to 1.1ºC warmer than 1951–1980), the monster month would still be considered the warmest February and one of the warmest months on record.

The hottest on-record years in 2014 and 2015, and predicted again for 2016; the fifteen hottest years all occurring since 2001; the consistently warmer than normal months for the past thirty years; the monster anomaly of February 2016 – it’s no wonder that a climate emergency has been called by leading scientists.

All this means that we are heading towards the limits agreed to in Paris much faster than anticipated. February 2016 is making the 1.5ºC target look like a pipe dream, and putting 2ºC further out of reach. Indeed, even a target of 2.7ºC, which is where current emission reduction pledges will take us, may not be met if we don’t get to work soon enough. If we continue to consistently hit monthly records like February 2016, it means we have been too conservative in our estimates of the human impact on the global climate system. Thresholds like these were not meant to be reached for another two to three decades.

This is a hard pill to swallow, particularly off the back of arguably one of the most successful COPs (Conference of Parties) in recent times. But the smashing of climate records mustn’t overwhelm us. Rather, it should be treated as a renewed call-to-arms. Our planet is very sick, and it is now more important than ever that we work as hard as possible towards the targets of Paris 2015.

Sarah Perkins-Kirkpatrick is a research fellow at the ARC Centre of Excellence for Climate System Science, UNSW.