More than reality TV: educating the world about beach safety

TV show Bondi Rescue performs a valuable role in teaching the world about the dangers of rip currents and the importance of swimming between the flags, a global survey by UNSW researchers shows. 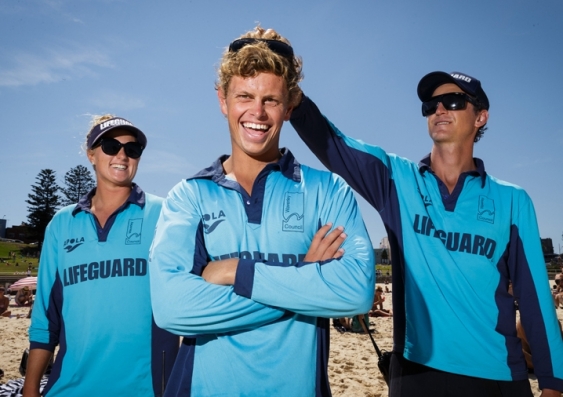 Reality TV show Bondi Rescue performs a valuable educational role in teaching people around the world about the dangers of rip currents and the importance of swimming between the flags, a global survey of viewers by UNSW researchers indicates.

The popular series on Network Ten follows Waverley Council lifeguards at Bondi Beach over the summer period as they perform about 5000 surf rescues and deal with other problems including shark scares, lost children, bluebottle stings, drunk beach-goers and thieves.

Since it was first broadcast in 2006, the TV Week Logie Award winning program has been watched by millions of people worldwide, many of whom are poor swimmers.

“It is difficult to engage large numbers of the general public in any sort of formal beach safety campaign, and awareness of surf hazards remains poor,” says Associate Professor Rob Brander, of the UNSW School of Biological, Earth and Environmental Sciences.

“Many beachgoers still choose not to obey key safety messages, such as swim between the flags.

“The filming of Bondi Rescue on a famous Sydney beach provided us with a unique opportunity to find out whether a popular factual TV show could have a beneficial impact on people’s behaviour and knowledge about the dangers of surf beaches.”

This factual TV program may provide the only beach safety education they get.

The survey was carried out by UNSW Science undergraduate student, Nicky Warton, as part of her honours degree this year under Associate Professor Brander’s supervision. The results will be submitted to the Journal of Safety Research. 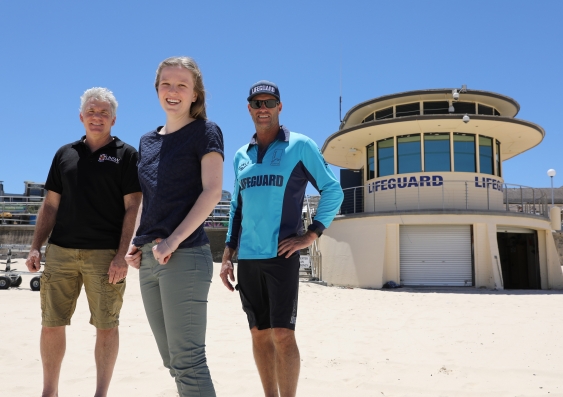 Responses were received from people in 51 countries, with more than 60% of those who filled in the survey living overseas.

“Many people were also in the at-risk group for drowning in the surf because they said they were poor swimmers or rarely go to the beach,” says Associate Professor Brander, who is also known as Dr Rip for his beach safety research.

“This factual TV program may provide the only beach safety education they get. Our results show it is an effective, large-scale educational tool. It has improved knowledge and behaviour and, in terms of its reach, dwarfs programs like signs, brochures and posters about rips and flags.

“However we also recommend it include more frequent dedicated information about beach safety and rip identification.”

Warton also analysed the content of seasons one to eight of Bondi Rescue, and found the majority of rip rescues occurred on fine, sunny days with small waves.

“Males were rescued almost twice as often as females and more tourists – mostly from Asia and Europe – were rescued than Australians,” she says.

CJZ, the production company behind Bondi Rescue, is thrilled by the findings of Wharton’s thesis looking at the surf safety benefits of the long running series, now in its 12th season.

“Surf safety has always been a key motivator behind the show,” say Bondi Rescue Executive Producers Ben Davies and Michael Cordell. “Bondi can be an extremely dangerous beach and every episode of Bondi Rescue features at least one story illustrating the dangers of the surf.”

A particularly exciting finding of Wharton's research is that despite beach visitor numbers increasing at Bondi, the incidence of rescues has steadily decreased since Bondi Rescue first aired eleven years ago.

“Not many TV shows can claim they are helping save lives,” say Davies and Cordell. “That’s a very rewarding experience for the Bondi Rescue production team.”

The show's popularity helps convey a strong surf safety message to younger audiences and international visitors who are especially vulnerable.

“There’s a simple message in every episode of Bondi Rescue,” they say. "Swim between the flags.”

In 2015/2016, 130 coastal drownings occurred and more than 13,000 rescues were performed on Australian beaches, according to Surf Life Saving Australia. 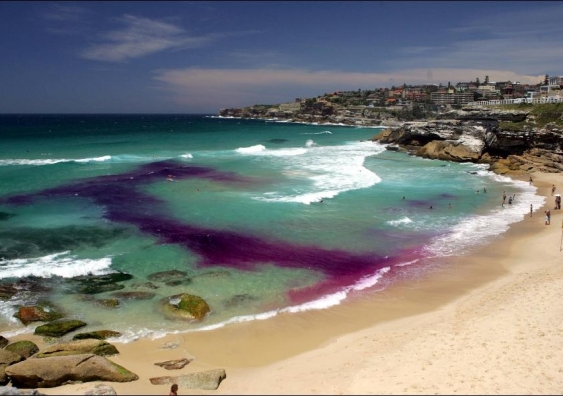