Every year, some 18,000 engineering jobs need to be filled, and only 6,000 come from Australian graduates – the rest come from overseas. It’s one of the many reasons UNSW has turned to young women. 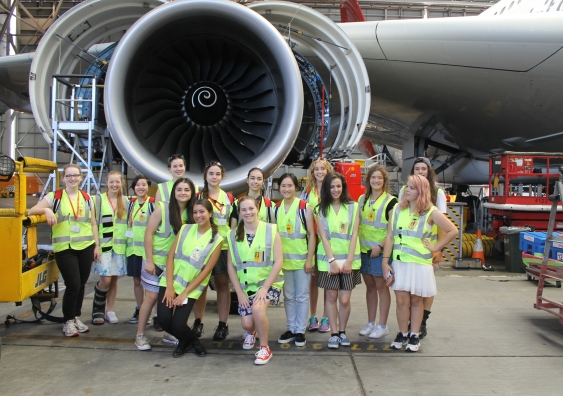 Students of the UNSW Women in Engineering Camp visit the Qantas Engineering and Maintenance facility in Sydney.

Australia is frantically short of engineers: the country annually imports more than double the number who graduate from Australian universities, and has done so for more than a decade.

Every year, some 18,000 engineering positions need to be filled. Almost 6,000 come from engineering students who graduate from universities in Australia, of whom almost 20% come from the University of New South Wales (UNSW) in Sydney, which has by far the country’s biggest engineering faculty.

The other 12,000 engineers arrive in Australia to take up jobs – 25% on temporary work visas to alleviate chronic job shortages.[1]

“Demand from industry completely outstrips supply, and that demand is not slowing – in fact, it has doubled in the past decade,” said Mark Hoffman, Dean of Engineering at UNSW. 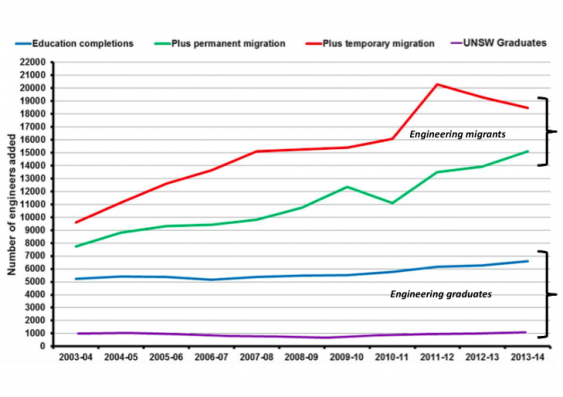 Source of professional engineers to Australia - more than two-thirds are migrants.

While UNSW attracted a strong number of engineering students this year – indications are that enrolments will be 7% higher in 2016 – more needs to be done.

It’s one of the many reasons UNSW has turned to women. Only about 13% of engineers in Australia are female, a ratio that has been growing slowly for decades. UNSW’s Faculty of Engineering wants to boost these numbers dramatically, and is investing in a number of initiatives to support this.

The Faculty has recently tripled the number of its Women in Engineering scholarships to 15, with a value of more than $150,000 annually, partly funded by UNSW, industry partners such as the Commonwealth Bank, Arup and WSP Parsons Brinckerhoff, as well as private benefactors.

Engineering a dream: 90 girls and 90 futures

Next week, 90 bright young women, with their hearts set on a future of maths and science, will come to UNSW from around Australia to take part in its annual Women in Engineering Camp – more than tripling the size of previous camps.

The women, students in Years 11 and 12, will spend five days at UNSW (11-15 February), exploring engineering as a career and visiting major companies like Google, Resmed, Transurban and Sydney Water to see the engineering profession in action. Just over a third of the UNSW campers are from interstate or regional New South Wales.

They will network with real-life female engineers, and work in teams on week-long design projects that make them see how their maths and science skills can be applied to the real world.  In the past, 75% of girls who attended the camp in Year 12 have gone on to enrol in engineering at UNSW.

“There may be young women in high school right now who could become some of the best engineers ever born – but if they don’t know about the profession and what it offers, they’ll never realise that potential,” said Alexandra Bannigan, Manager of the Women in Engineering Initiative at UNSW. “If we succeed, it’s a win for them as individuals, it’s a win for us as a society and it’s a win for the engineering profession.”

Bannigan manages several UNSW initiatives to boost female participation, from multiple events held on campus for female students as young as 14, to school visits, annual awards which highlight successful women engineers and mentorship of students at high school. Early data suggest they are working: December figures show female first preferences for engineering at UNSW had risen 10% for 2016, versus 1% for males. 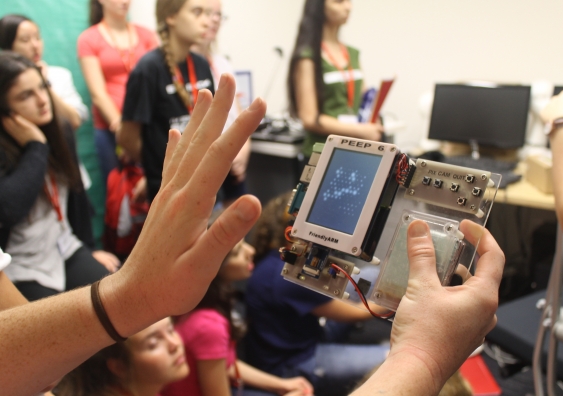 Hoffman, who became Dean of Engineering at UNSW less than a year ago, has made boosting the number of women in engineering one of his priorities. Within the Faculty, his goal is to raise female representation among students, staff and researchers to 30% by 2020. Currently, 21% of UNSW engineering students are female (versus the Australian average of 16%).

“Engineering has one of the highest starting salaries, and the average starting salary for engineering graduates has been actually higher for women than for men,” Hoffman said. “Name another profession where that’s happening.

“In a knowledge driven economy, the best innovation comes from diverse teams who bring together different perspectives,” he added. “This isn’t just about plugging the chronic skills gap – it’s also a social good to bring diversity to our technical workforce, which will help stimulate more innovation. We can’t win at the innovation game if half of our potential engineers are not taking part in the race.”

Note to media: All students attending the Women in Engineering Camp 11-15 January at UNSW’s Kensington campus have parental permission to undertake interviews and appear on camera.

[1] Source: Engineers Australia, The Supply of Engineers in Australia – A Decade of Skilled Migration.