UNSW research has uncovered a ‘jumping gene’ which is vital for quickly suppressing an immune response to infection after a virus clears the body. 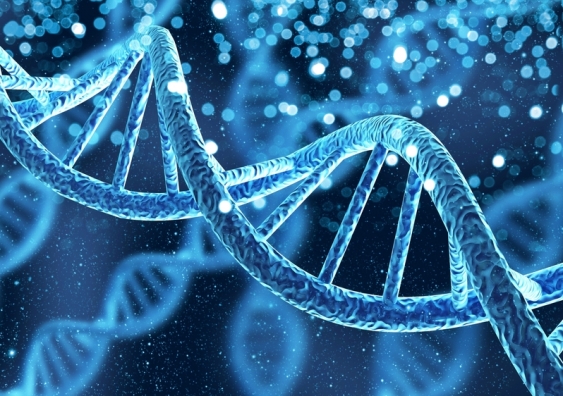 Researchers from UNSW Sydney have discovered that a particular transposable element, or jumping gene, in the genome has a profound effect on the immune response to virus infection.

The findings in mice, published in Nature today, provide new information about how the immune system is regulated, and have potential ramifications for the treatment of virus infections that can lead to an overactive immune response.

“It shows very clearly that a transposable element can control the immune system to favour host survival following virus infection and it’s probably been selected to remain in the genome for this very reason,” senior author Dr Cecile King, Associate Professor from UNSW Science’s School of Biotechnology & Biomolecular Sciences says.

Up to two-thirds of a mammal’s genome is obtained from transposable elements. But apart from some consensus that transposable elements negatively or positively affect gene transcription – a fundamental process in our genome where DNA gets copied into RNA – scientists don’t fully understand what these jumping genes do.

Dr King says to really understand their function, researchers needed to observe what happens when they remove one of these transposable elements from an animal.

“That has been difficult because transposable elements are repetitive, and their ability to multiply across the genome has been one reason why they’re so prominent in terms of the content of our genome,” she says.

“When you’re trying to knock one out, you often actually target a whole group of them across the genome on different chromosomes, so it’s been a little bit tricky to do.”

The team attempted to analyse the effect of transposable elements on the immune system, which Dr King says is “a great system to study because it’s easy to control using well defined stimulation.

“It’s also a very useful system to look at the role of transposable elements because many of them have actually derived from retroviruses, and as we know from HIV, retroviruses don’t just insert anywhere into the genome, they insert predominantly in active genes,” she says.

“When it’s a virus infection, the majority of those (active) genes are going to be immune response genes.

“Then we can ask questions about what transposable elements actually do in terms of their function and their effect on a complex biological system such as the immune system.”

How the study was conducted

This particular transposable element is located near one of the most highly expressed genes following virus infection, in the Schlafen gene family.

There are 10 Schlafen genes in mice and seven in humans and they are critically important as they encourage cell proliferation in response to viruses and inhibit virus replication.

After knocking out one of the transposable elements – called Lx9c11 – from mice, the researchers infected the animals with Coxsackievirus B4, a virus that largely affects the pancreas and some other tissues.

But instead of usually clearing the virus, the mice who had lost the Lx9c11 element died. 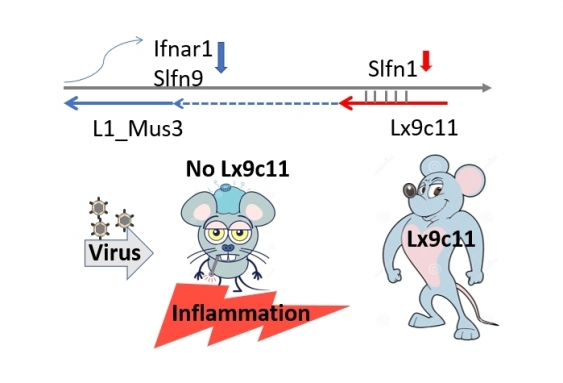 The researchers discovered the Lx9c11 deficient mice had an exaggerated immune response, similar to what is rarely experienced by influenza patients and more commonly experienced by people with severe COVID-19.

“We found that they had increased damage to the pancreas; infiltration of cells into the lung; activation of immune cell subsets; dysregulated blood glucose levels; weight loss and lethality. And the data indicated that the lethality was host induced,” Dr King says.

But when they put the transposable element back into other still-living mice that had been infected with Coxsackievirus B4, those mice survived the infection.

Dr King says this is an important finding which illustrates how the immune system is under tight regulation; a person needs a strong immune response to infection, but this needs to be suppressed quickly after the pathogen clears the body to avoid the risk of continued tissue damage.

“We think that this is going to be a commonly observed phenomenon, that we're going to learn how transposable elements similar to Lx9c11, control the expression of gene families throughout the genome.

“Are transposable elements druggable? I don't think it's impossible, because antisense technology (a tool for controlling gene expression in a cell) has been FDA (US Food and Drug Administration) approved,” Dr King says.

“For example, if you were to block the expression of Lx9c11, you would actually boost the immune response quite markedly, but we need a lot more research to figure out how that could work,” Dr King says.