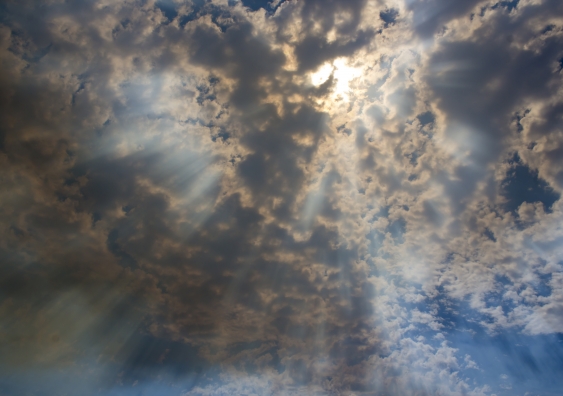 OPINION: Atmospheric scientists worldwide are seeking to save Australia’s involvement in a NASA-led global network of instruments that monitor microscopic particles called “aerosols”, which play an important role in cooling and warming the Earth’s climate.

When most people think of aerosols, their mind turns to fly spray or deodorant. But the term has a much broader meaning, covering any microscopic particle that can remain airborne for long periods. Think of household dust floating in a ray of sun through your window. It’s an aerosol. So is smoke, salt spray from the sea, ultrafine sand from beaches and deserts, ash from volcanoes, and the carbon soot emitted from car and truck exhaust pipes.

These aerosols sometimes give us blazing red sunsets. But they are also crucial in controlling the Earth’s climate, acting as both warming and cooling agents. Although, molecular gases like methane and carbon dioxide garner more attention for their strong warming effect.

A stark example of the role atmospheric aerosols can play is the 1991 eruption of Mount Pinatubo in the Philippines. The 20 million tonnes of aerosol ejected into the atmosphere by this eruption reduced average global temperatures by 0.5℃ for the following two years.

An important tool in the study of atmospheric aerosols is an international monitoring network, led by NASA, called the Aerosol Robotic Network AERONET. It consists of more than 450 monitoring stations across seven continents, including several sites in Australia.

AERONET’s data help atmospheric scientists worldwide to understand how aerosols influence both the global climate, and the daily weather at local scales. The importance of aerosols in the weather is twofold. In addition to affecting atmospheric heat balance, aerosols are also responsible for seeding the formation of clouds.

CSIRO’s reported plans to withdraw from AERONET has dismayed atmospheric scientists, both at NASA and in Australia. CSIRO chief executive Larry Marshall has reportedly justified his planned changes to the agency’s climate science program on the need to divert resources towards a focus on climate change mitigation and adaptation.

A shift in focus towards action is certainly admirable. As any rational citizen knows, climate change is a clear and present danger to our future, and the need for compelling action towards mitigation and adaptation is urgent.

Government action on climate change is highly encouraged by atmospheric scientists. But it’s dangerous to develop climate policies without reference to reliable, up-to-date environmental data on global temperature, carbon dioxide levels and aerosols, just as it would be foolhardy to develop national economic policy without reliable economic data on national debt, government revenue and expenditure, and unemployment figures.

Whether it’s the economy or the climate, without an eye on the data, how can one be sure that policy is having the intended outcome?

Aerosol data of the kind that AERONET provides are vital to the climate change mitigation and adaptation goals upon which CSIRO is now focusing its efforts. Here are two clear reasons why.

A key strategy to reduce greenhouse emissions is the widespread uptake of renewable energy sources, particularly solar energy. Australia, the sunburnt country, has enough sunshine to power not just our own population, but with future storage technologies, enough to export for national profit.

Aerosols have a significant influence on how much sunlight makes it onto the surface of a solar panel. Aerosol particles scatter and absorb the Sun’s rays, and they also help to form clouds which can reduce solar panels' effectiveness. Thus having precise data on atmospheric aerosols in Australian skies is vital to maximising the output, efficiency and stability of our solar energy facilities.

The second reason involves adapting to climate change, rather than mitigating it. Australia’s agriculture industry is highly dependent on rainfall. Droughts and floods are highly damaging, and both are predicted to become more frequent and severe due to climate change.

Once again, aerosols' role in cloud formation is a crucial factor here. Aerosols also affect the properties of existing clouds, such as droplet size, which in turn has a significant impact on rainfall.

These two examples – one focused on energy and the other concerning agriculture – show how two of Australia’s key economic sectors each rely on atmospheric aerosol monitoring. CSIRO has for many years played a major role in providing these data, and NASA is right when it urges CSIRO not to stop now.

More broadly, it’s vital to realise that climate monitoring and modelling, and mitigation and adaptation go hand in hand. We can’t build proper policy for action without reliable data and forecast models. The government certainly knows this when it comes to the national economy; the same holds when it comes to climate policy.