UNSW material scientists address the problem of lead leaching into the drinking water of Australian households by creating a new, lead-free brass alloy that will be used to make plumbing parts. 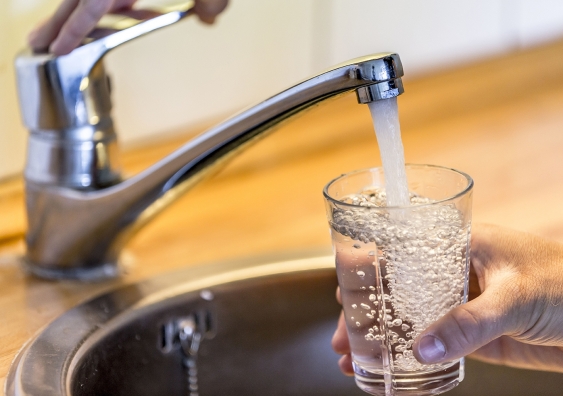 Groundwater supplies drinking water to more than half the world's population. Photo: Shutterstock

Material scientists at UNSW Sydney have come up with a lead-free brass alloy to replace traditional plumbing brass materials that have been shown to leach lead into drinking water.

The breakthrough alloy, which the group has named ‘bright brass’, has been designed to retain all the advantages that lead provides to brass for its manufacturing but without the toxicity.

Dr Kevin Laws from the UNSW School of Materials Science and Engineering says he and his research group had developed a ‘high-entropy’ alloy system very similar to brass and bronze in 2014. And with the growing concern about lead from brass fittings dissolving in household drinking water, the researchers turned their attention to creating a lead-free brass alloy.

“Developing a viable alternative to standard plumbing fixtures and hardware became a high priority, particularly when it became known how widespread lead contamination in New South Wales drinking water is – with reports that 56 per cent of households in NSW are contaminated,” Dr Laws said.

“Not only is this an issue for Australian health but also the nation’s IQ as lead has an impact on intelligence.”

A 2016 Macquarie University study that tested samples of drinking water extrapolated that 56 per cent of Australian households have drinking water containing lead, while eight per cent exceeded the limit of 10 micrograms per litre set in the Australian Drinking Water Guidelines.

Low level lead poisoning has been associated with reductions in IQ, poor attention spans and aggressive behaviour among children.

The UNSW researchers, who created a company called Advanced Alloy Holdings to commercialise its alloy system, needed to find a replacement for lead in brass fittings without losing its main advantages. Up until now, lead has played an important role in how brass plumbing parts are manufactured.

“The lead forms tiny globules, like oil in water, which can be seen under the microscope,” Dr Laws said.

“These globules provide lubrication, just like lead in leaded petrol, which helps with ‘free machining’ and associated manufacturing processes, as well as helping the brass to seal once in service.”

With a view to developing lead-free brass with similar lubricating particles, Advanced Alloy Holdings was provided with a $15,000 Techvoucher grant from the NSW Government’s Boosting Business Innovation Program to conduct a research project with UNSW. Dr Warren McKenzie, CEO of Advanced Alloy Holdings, said the project was a working success.

“Within a few months, the UNSW team delivered an alloy which can be made by existing manufacturers to solve a water contamination problem that has affected Australians for more than a century,” Dr McKenzie said.

The key to the discovery was that the new particles to replace lead – still under wraps by the team while the final products are being developed – meet all these criteria.

“This project has been successful achieving a proof-of-concept thanks to the support of the Boost program,” Dr Laws said. 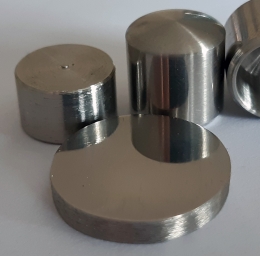 The bright brass alloy is silver which distinguishes it from traditional brass used in plumbing. Picture: Kevin Laws

“We have successfully cast bright brass that includes safe, lubricating particles that form as the alloy cools down after casting. Our new alloys are silver in colour to allow for better identification for these lead-free applications. They are cost-competitive and perform mechanically similarly, if not better, than leaded brass.”

NSW Deputy Premier and Minister for Small Business John Barilaro said the project was an example of how the NSW Government’s $18 million Boosting Business Innovation Program was bringing great business and academic minds together to create new products and ideas.

“It’s all about entrepreneurs tapping into top-notch research provided by the university sector,” Mr Barilaro said.

“As a government we want to be doing everything we can to create the right environment for people to have the confidence to launch a business idea, and then get the support they need to make sure it succeeds.

“I look forward to seeing the potential contribution this product could make to improving the lives of people living in NSW,” he said.

Dr Laws says the last stage of the project is to complete machining and manufacturing trials to see exactly how much better they perform.

He says that such is the extent of the leaded brass in Australian plumbing systems, that change to safer components will be a long and slow process.

“There is no legislation in Australia which bans the use of lead in brass fittings, with standards allowing up to 4.5 per cent lead content in brass alloys used in plumbing, while the US and Canada limit its composition to 0.25 per cent, some 18 times smaller,” Dr Laws said.

“The solution is not just replacing taps, but the entire aging plumbing network leading to your home. New legislation will only prevent extra lead being added to the network or as town-water infrastructure is upgraded to lead-free.”

Dr Laws thinks the bright brass products may be available in a year once the R&D process is complete. Already, the company has been approached by others who are watching the lead-free plumbing space with interest.