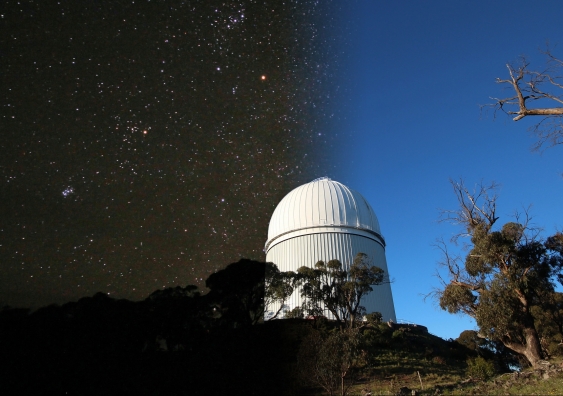 The Anglo-Australian Telescope near Coonabarabran, NSW, where Veloce will be housed. Photo: Angel Lopez-Sanchez

A ground-breaking $3.8 million instrument, used by astronomers to discover and study Earth-like planets, has been launched by a team from UNSW Sydney, The Australian National University (ANU) and Australian Astronomical Optics (AAO) at Macquarie University.

The astronomical instrument, known as Veloce, has been built for the four-metre Anglo-Australian Telescope (AAT), Australia’s largest on-shore optical telescope, which is located at the ANU Siding Spring Observatory, near Coonabarabran in north-western NSW.

“Veloce will allow us to detect the tiny velocity wobbles that planets produce in their host stars. It is the first Australian facility able to deliver the extraordinarily high velocity precision needed to detect very small planets,” said Professor Chris Tinney, from Exoplanetary Science at UNSW.

“These planets are important, because it’s on these small, rocky and potentially habitable planets that astronomers will one day search for signs of life,” said Professor Tinney.

Veloce can detect planets orbiting the small, faint and red dwarf stars known to astronomers as “M dwarfs”. These stars are so dim that a potentially habitable planet must huddle close to its star to stay warm enough to support life. This makes the velocity wobble of these planets easier to detect, so that Veloce (which focuses on light at red wavelengths) can measure masses for planets down to the size of the Earth. 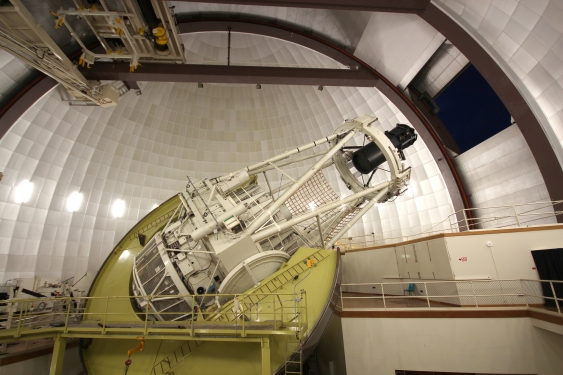 The launch comes just months after NASA’s planet-finder satellite, TESS, started a survey of the entire sky for planets that transit their host star, passing between the star and Earth and making the star get periodically dimmer.

In its first month of data, TESS has already uncovered 75 candidate planets. “There now is a global race on to be first to measure the masses of these planets, and to determine whether they are rocky like Earth, ice giants like Neptune, or gas giants like Jupiter. Or, even better, if they are something stranger,” said Professor Tinney.

“Veloce is one of just a handful of facilities available in the southern hemisphere that can transform those candidates into confirmed planets with measured masses. And it’s the only one working at the red wavelengths ideal for observing these faint, red, M-dwarf planet hosts.”

On its first night in operation, Veloce targeted an M dwarf that TESS had found to host a planet just 1.4 times the size of the Earth that is orbiting its star every 0.46 days.

“This is exactly the type of object we built Veloce for. Our scientific understanding of how life gets started is minimal. The only place we know that it did start was on Earth: a small, rocky planet orbiting its star at just the right distance that liquid water can exist on its surface. Finding small planets, orbiting where water is liquid, is crucial for finding planets that could host life like our own home.”

The instrument saw its first photon from an astronomical source in September and is expected to deliver initial test results within the next month or so.

“With Veloce our first target was a nearby star called Tau Ceti. We then immediately switched to science targets and over the next 10 nights observed new candidate planets from NASA’s TESS mission, as well as a handful of known planets from previous work and stars known not to have planets to measure instrumental stability,” said Professor Tinney. 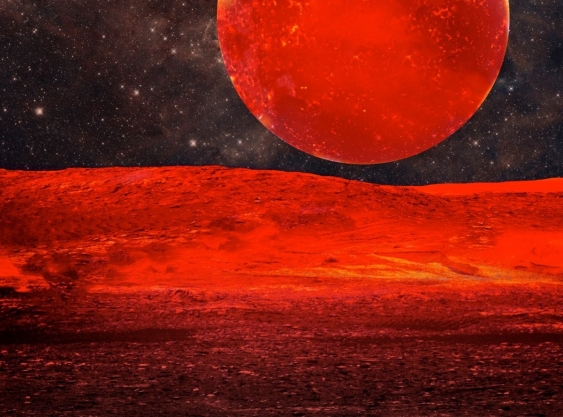 An artist's impression of a small planet.

Chris Lidman, Director of Siding Spring Observatory and Associate Professor at the ANU Research School of Astronomy and Astrophysics, said Veloce is the first facility built specifically for this purpose in Australia.

“We have had the ability to do this sort of science for a long time and have used it to discover over 40 planets to date. Now, with Veloce, we can discover very small planets for the first time,” said Associate Professor Lidman.

“There are other purpose-built facilities in the south, based in Chile. But with Veloce we have a major point of difference - those facilities operate at yellow-green wavelengths, while Veloce operates in the red. Veloce is the only southern hemisphere facility optimised for the habitable planets that TESS is discovering.

“Veloce is a great example of how Australian scientists and engineers can work together to equip telescopes like the AAT, built in the 1970s, with instrumentation that enables ground-breaking scientific research,” said Associate Professor Lidman.