Most girls are interested in entrepreneurship, they just don’t know where to start, say the organisers of the UNSW Female Entrepreneurship Initiative, a program offering support for women in the startup space. 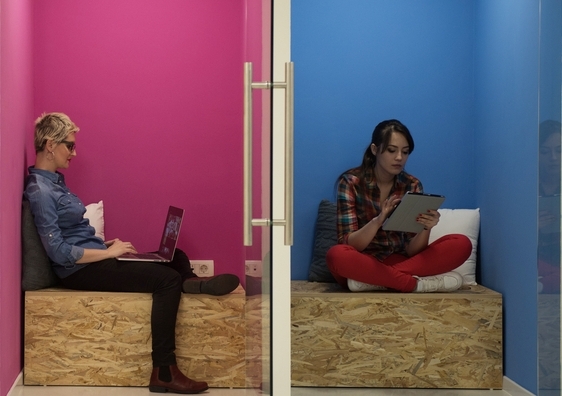 Most girls are interested in entrepreneurship, they just don’t know where to start and part of that comes down to role models. Photo: dotshock/Shutterstock

Since beginning her role with UNSW Innovations in 2015, Mary Liu has noticed a clear trend: fewer female students seeking advice and support for their startups.

“At a maximum, two out of every 10 students walking through our door might be female,” says Liu, a student entrepreneur development associate, who previously founded a business that helped international students find local work experience in Australia.

“As a female entrepreneur myself, I feel this is something we need to change,” she says.

Most girls are interested in entrepreneurship, they just don’t know where to start and part of that comes down to role models. There aren’t enough female role models to teach and inspire girls to make them feel like, ‘hey, I can do this’.

Liu has helped organise the UNSW Female Entrepreneurship Initiative, which aims to address the gender gap in entrepreneurship on campus and in society more widely, by encouraging more female students into the technology-based startup economy.

“Through this initiative, we want to provide female students with a starting point and the resources to take that first step, and get involved,” says Liu.

“I think most girls are interested in entrepreneurship, they just don’t know where to start and part of that comes down to role models. There aren’t enough female role models to teach and inspire girls to make them feel like, ‘hey, I can do this’.” 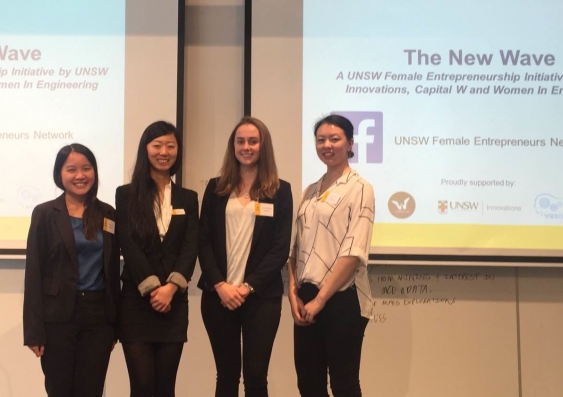 The Initiative will connect students with a network of mentors, and will facilitate various speaking events tailored for female entrepreneurs, on topics such as leadership and negotiation.

It will also host startup competitions: the first planned for the second semester of 2017. Liu says it will be an intensive, month-long competition, where teams of female students work with mentors to build viable businesses from scratch.

The Initiative will be run by the University’s technology transfer and innovation office, UNSW Innovations, in partnership with the Women in Engineering society and Capital W, a society for female business students.

Liu says it’s important to have both societies and their respective faculties on board, as it will create more opportunities to team-up students with technological and business backgrounds.

Liu says the idea for the Initiative began to take shape after the UNSW Fashionista Challenge in May. This one-day hackathon, run in partnership with Microsoft and online retailer The Iconic, was aimed exclusively at female business and engineering students.

The Iconic presented students with two challenges facing their business: developing more effective ways to size customers online and reach an older demographic. Based at the Microsoft store in Sydney’s Pitt Street Mall, participants designed digital technology-based applications and performed customer testing with shoppers, and then made a product pitch to a panel of experts.

After the event, we had a lot of the girls coming up to us and saying, ‘this is great, so what’s the next thing to happen’.

“After the event, we had a lot of the girls coming up to us and saying, ‘this is great, so what’s the next thing to happen’,” says Liu. “We could see the girls were keen to get more involved and wanted to know the next step.”

“That’s when I spoke to the two societies, and we decided to launch the initiative.” Tanya Han, a second-year Bachelor of Commerce (Co-op) student in the UNSW Business School, was a member of the team that won the Fashionista Challenge.

Her team came up with an idea to improve sizing and fitting online retailers through the integration of body scanning technology used in video games.

Essentially, a bit of software allows a webcam to scan movements of users. Han says this code could be integrated as a feature on a shopping website: “shoppers stand in front of a webcam, follow some simple instructions, and get their body scanned.”

Eventually, says Han, you could have a “3D image of your body on the website, drag clothes onto your body and see how they drape for your unique size and shape.”

Han, who is a member of the UNSW Consulting Club, says there’s a growing culture of case competitions on campus, where students are applying what they learn in the classroom in a very hands-on way, solving specific problems faced by business and industry.

An avid participant in these events, Han says she was drawn to the Fashionista challenge because of the technological component of the problem; she and her teammates didn’t have a tech background, but were paired with a developer on the day who assured them their solution was viable, and helped them work through the logistics of building and integrating their web application.

Han says the most exciting thing about the Fashionista hackathon was that all the participants were women: “Being in that pressure cooker environment exclusively with other women was unfamiliar, because it’s usually very male dominated,” she says, of hackathons and many of the consulting case competitions in which she’s participated.

Han says there’s a “hungry appetite” among female students at UNSW for more programs to support their entrepreneurial ambitions, and says the UNSW Female Entrepreneurship Initiative will be very popular with her peers – especially as a point of access.

“There’s a need to have a lot more entry level events, to attract students who want to get involved, but don’t know how,” says Han. “Some of the bigger competitions can be really intimidating when you’re just starting out.”

"We see more and more in startups, that the key driver of success is diversity... Having more women enter this space is so important when you’re trying to solve problems in an out-of-the-box, innovative way.”