Learned connections between stimuli and reward – like the positive emotions associated with popular brands – have a powerful influence over our future decisions. Scientists have started to discover why. 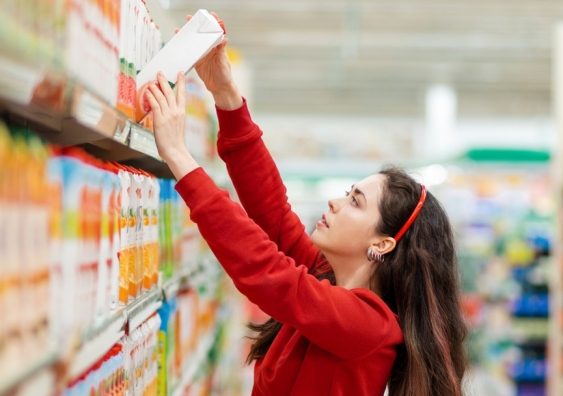 Decisions we make between similar items, like what brand of juice to buy, can be influenced by psychological links we've been trained to make in the past. Image: Shutterstock.

A new type of memory process has been discovered by scientists at UNSW Sydney.

This process explains how learned associations between environmental stimuli and a reward – called predictive learning or Pavlovian conditioning – can influence goal-directed decisions made later in life, like choosing between different foods to eat or clothes to buy. While the study was conducted in rats, it gives us powerful indicators for human behaviour, too.

Scientia Professor Bernard Balleine, Director of the Decision Neuroscience Laboratory and co-senior author of the study alongside Dr Vincent Laurent, likens this predictive learning process to the long-lasting influence of advertising.

“When deciding between purchasing similar, equal-priced items at the shops, what often sways our decisions is the influence of advertising – arbitrary, brand-related images (stimuli) that we have been conditioned to link to something we value even more (reward)," he says.

“But advertising doesn’t just occur at the point of purchase. Over time, ads build up our emotional connections with brands.

“My team looks at how these associations become encoded as memories in the brain and how they influence decisions we make later on.”

The findings, published today in the journal Neuron, are based on analysis of the same neural processes in rats. The animals were taught to associate different sounds (stimuli) with certain types of food (reward) – for example, a long tone indicated a pellet while a stream of clicks indicated sugar.

Eventually, the animals only needed to hear the sound before anticipating the reward that was to follow: a stream of clicks prompted them to approach the lever that usually delivers sugar.

“It’s common to use rodents like rats and mice to study decision-making because, like humans, they are omnivorous, gregarious, and they’re continually trying to predict how and where to find things they value. They also readily learn new actions to get those things," Prof Balleine explains.

“It’s no surprise then that many of our fundamental psychological capacities are emulated by rodents. The neural systems controlling those capacities are also surprisingly similar.”

Analysis of the rats’ neurons showed that the memory encoding process important for decision-making starts in the basolateral amygdala – a brain structure involved in emotional learning and memory.

The basolateral amygdala creates cellular ‘memories’ of these learnings in another brain structure, the nucleus accumbens, which is the interface between emotion and motor actions.

“The cellular memories cause a physical and long-lasting change in the expression of delta opioid receptors in the nucleus accumbens,” says Prof Balleine. “During learning, the receptors build up on the membrane of critical modulatory neurons – called cholinergic interneurons – that regulate outputs from this emotion/motor action part of the brain.

“This increased expression lasts for many weeks and is necessary for the stimulus-reward memory to influence choice between different actions.

“In other words, those receptors make us act a certain way in a situation where we’re presented with a predictor of reward that we’ve learned to value.”

Delta opioid receptors are part of the G protein-coupled receptor (GPCR) family – receptors that detect molecules outside the cell and activate a cellular response. While opioid activity in the brain is usually linked with reward, in this case, it was also the prediction of the reward that activated the receptors.

This is the first evidence of a GPCR-based memory process.

“We were surprised that these complex psychological processes were captured within this narrow circuit in which connections between two critical brain structures are regulated by this GPCR-based memory,” says Prof Balleine.

“Up until now, it was thought that these decision-making processes required a far broader set of structures and circuits.”

The science of decision-making

Prof Balleine hopes to expand this research by investigating the role of other GPCR receptors in encoding psychological processes.

He also plans to track how expressions of delta opioid receptors are maintained over time.

“Every new discovery we make at the Decision Neuroscience Lab builds understanding of the complex brain processes involved in decision-making.

“We’re working towards answering the broadest questions about how brain processes control decisions: how we choose between different courses of action to gain the things we value most and avoid those we dislike or fear.”

In 2019, Prof Balleine was awarded an Australian Research Council (ARC) Discovery Project Grant to investigate the brain circuits and memory processes that control voluntary actions. The project aims to contribute to the effective treatment of ageing-related impacts to decision-making.