How East Coast Lows interact with other climate extremes now and into the future is the next big question researchers hope to answer, writes Acacia Pepler. 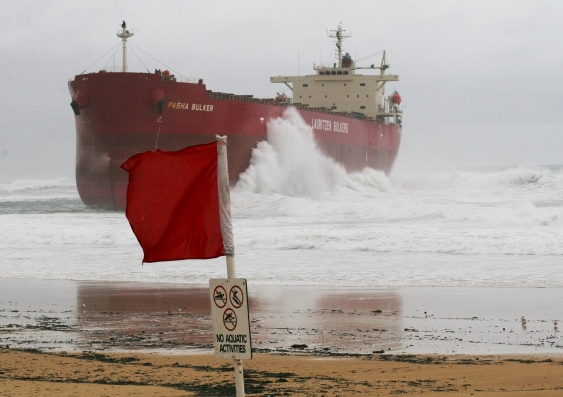 The Pasha Bulker ran aground amid the full force of an East Coast Low back in 2007. Photo: Flickr/PJR

OPINION: In June 2007, Australia was pummelled by five East Coast Lows. The most significant of them, which struck on June 8-9, is still referred to as the “Pasha Bulker” storm, after the 76,000-tonne bulk carrier that ran aground near Newcastle. The storm caused major flooding, strong winds, high seas and A$1.6 billion in damage, making it Australia’s eighth most expensive disaster in the last 50 years.

East Coast Lows (ECLs) have been important features of the eastern seaboard for centuries, with the first case studies published back in 1954. But by June 2007 it had been ten years since the last serious scientific look at these storms. The damage suffered that month made it clear how much we still didn’t know about these weather systems, let alone about how they might behave in the future.

Instead of a whole bunch of scientists going off and doing their own thing, we formed the Eastern Seaboard Climate Change Initiative, in which local universities and state and federal governments could work together to identify the biggest scientific questions for the eastern seaboard, and start to solve them.

Nine years and a slew of research papers later, we know a lot more about ECLs than we once did. We have built a strong research network that can expand our knowledge still further and put it into practice. Today, a special issue of the Journal of Southern Hemisphere Earth Systems Science highlights some of the things we’ve learned.

What do we know?

There are seven papers in the special issue, covering a broad range of topics.

Danielle Verdon-Kidd and her colleagues look back at the Pasha Bulker storm and reflect on the scale of the impacts, as well as issues for future flood planning, such as improved education about the dangers of entering floodwaters.

A group from the Bureau of Meteorology (including myself) has also developed a new online database of East Coast Lows over the past 60 years, to help emergency managers look back on the impacts of past storms or find out how many of the big events they remember were actually ECLs.

Going back still further, Stuart Browning and Ian Goodwin have looked at what sorts of ocean and atmospheric conditions influence East Coast Lows, as these storms tend not to be as strongly affected by big climate drivers such as La Niña. This research has helped to extend the record of East Coast Lows back to the 19th century and found that the numbers of ECLs can vary quite a lot over decades and longer. Interestingly, the past few decades (up to 2014) have been a period of relatively low activity. 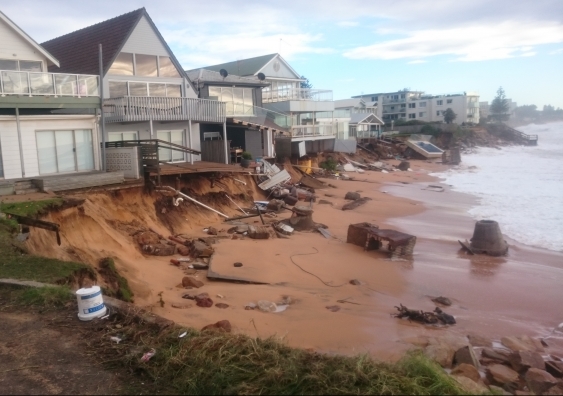 Damaged foreshore homes in Sydney's Collaroy Beach, victims of intense storms that hit eastern Australia over the weekend of 4-5 June 2016.

Anthony Kiem and his colleagues have delved into the question of how coastal rainfall patterns and impacts can change, depending on the “type” of ECL that happens. This work, as well as the work by Browning and Goodwin, highlights how important it is to consider the different types of East Coast Lows – a storm that causes heavy rain in the Northern Rivers looks very different to one that brings downpours to Gippsland, and these might also change in different ways over time. This teases out important detail that can be washed out in studies that lump all storms in together.

Before we can use climate models to assess how East Coast Lows and their impacts may change on the eastern seaboard, we need to know whether our models are doing a good job. So Alejandro Di Luca and colleagues have assessed how well the NARCliM regional climate model ensemble is able to represent East Coast Lows. They found that regional models have real benefits over global climate models, particularly for the most extreme events.

Despite these promising results, studies led by Nadeeka Parana Manage and Natalie Lockart found that there is still a way to go before the regional models produce data of the quality needed for simulating river flows and dam levels, and how future changes to storm patterns might affect these.

We know a lot more than we did nine years ago about things like how the upper atmosphere influences East Coast Lows, and how severe floods and East Coast Lows have changed over the past century. We are also starting to get a handle on how they may change in the future. Climate change is expected to reduce their frequency during the cool months May-October (which is when they currently happen most often), but potentially make them more common during the warmer months.

But there are still a lot of things we don’t know. The papers in this issue are a start, but research continues and our group has many more questions left to answer. These include how ECLs have changed in the more distant past; how sea surface temperatures influence their frequency and impacts; and how changes in ECLs and other climate processes can affect our water security.

A whole bunch of research is also about to start into how ECLs interact with other climate extremes now and into the future, as part of the NSW Government’s Climate Change Impacts and Extreme Climate Events research programs and the Australian government’s National Environmental Science Program.

So read the articles, have a taste and watch this space: there are still many more questions and researchers from around the country are working together to answer them, to help us better understand the special, complex climate of the eastern seaboard of Australia.

Acacia Pepler is a PhD student at the Climate Change Research Centre, UNSW.

This article was first published in The Conversation. Read the original article here.

To understand how storms batter Australia, we need a fresh deluge of data