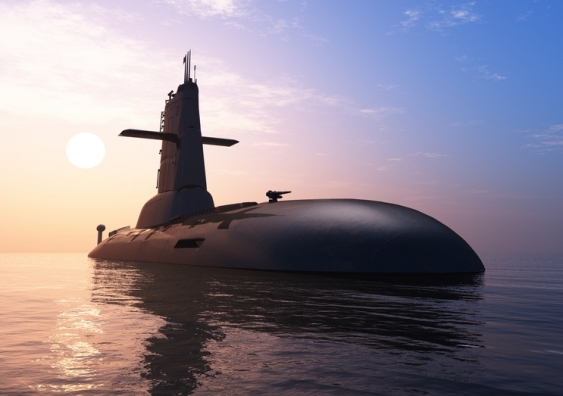 Australia will acquire nuclear-powered submarines under the enhanced trilateral security partnership, known as AUKUS, which also includes the UK and USA. Photo from Shutterstock

In September 2021 Australia signed a trilateral security pact with the United Kingdom and the United States – known as AUKUS – which will deliver a class of nuclear-propelled submarines to replace the existing Collins fleet.

Some critics have questioned whether the deal goes against Australia’s long-standing commitment not to acquire nuclear weapons, which has been in place since the Treaty on the Non-Proliferation of Nuclear Weapons was signed by Australia in 1970.

Although Dr Obbard says the AUKUS agreement may advance the general understanding of nuclear technology in this country, it is absurd to suggest the new PWR (pressurised water reactor) submarines will be followed by Australia building nuclear weapons.

“I think we have to overcome this idea that everything called nuclear is the same – such as nuclear energy, or nuclear submarines, or nuclear medicine, or nuclear weapons – because it really isn’t,” he told the audience at the sold-out UNSW CBD Campus venue.

“However, in some of those categories there is a lot of crossover. Having eight 200-megawatt PWR nuclear submarines cruising around in the ocean really does help you run small modular reactors on land. I cannot disconnect those two things.

“Training something like 10,000 engineers to run a military nuclear submarine program means there are going to be lots of people who understand nuclear technology.

“It also means there is going to be a much-heightened awareness in government and policy circles of how that nuclear technology actually works. And if, in the future, it turns out that we have another very important job for nuclear reactors to do, in terms of providing energy, then I cannot deny we will be in a much better position to use the technology available,” he said.

“It is well known that to make sufficient quantities of fissile material for a nuclear weapon you need national-scale infrastructure – and under the current nuclear safeguards it’s completely impossible to create that in a clandestine way.

“The only way that any country obtains nuclear weapons is by making a very, very clear decision right from the start that that’s what they want. You simply can’t stumble into that position.” 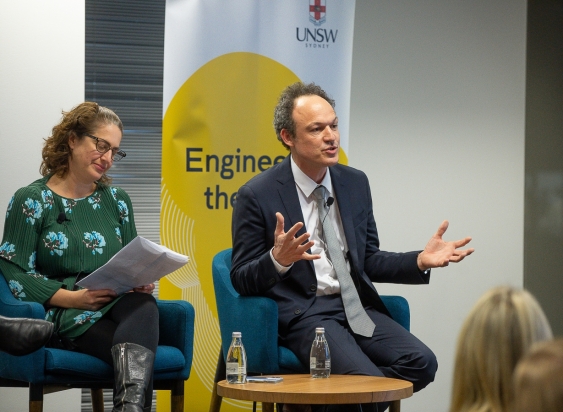 Dr Obbard was joined in the discussion by Professor Matthew Kearnes, Professor of Environment and Society in the UNSW School of Humanities and Languages, and by Dr. Ben Heard, senior consultant at Frazer-Nash.

The panel was hosted by Professor Lyria Bennett Moses, director of the UNSW Allens Hub for Technology, Law and Innovation.

A new approach to nuclear technology

Professor Kearnes acknowledged that the AUKUS agreement was a significant decision for Australia, not least due to the historic sensitivities regarding nuclear weapons stemming from the British tests at Maralinga in South Australia the 1950s and 1960s when the traditional Indigenous owners of the land were forcibly removed.

“We have, as a nation, taken a quite substantial step, I think, with the AUKUS agreement. We spent most of our time debating what the French President thought of our former Prime Minister without actually reflecting on the gravity of the decision,” Prof. Kearnes said.

“For generations we have elected not to pursue a certain set of military technologies, and now that has seemingly changed. So this is a moment when quite a profound deliberation is required on this issue.

“We are a nation with a unique, and perhaps uncomfortable, past of nuclear weapons testing, and it has very profound and ongoing implications, particularly for First Nations peoples.

“When we say ‘We need to talk about nuclear technology’, it matters who speaks and who is in the room to be a part of that conversation. If we are going to have a conversation then it needs to be an open one where there are lots of possible inputs into that discussion.”

Prof. Kearnes also said that having an open conversation about nuclear may actually entail the country saying “no”, which is what has happened over the last half-century. 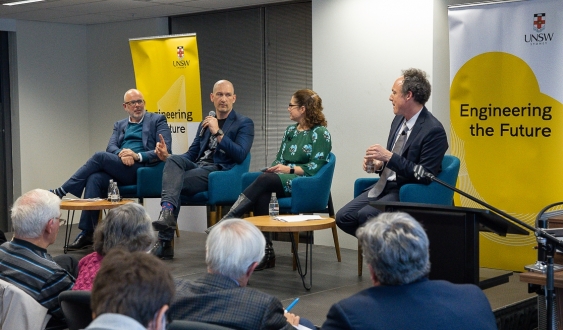 Dr Obbard said there definitely does need to be a discussion with regards to nuclear energy playing a significant role as Australia aims to achieve its goal of net zero carbon emissions by 2050 – and then powering the country beyond that point.

“I think the thing that really needs to be talked about in the nuclear industry relates to the whole issue of energy transition and how will we live after 2050,” he said.

“Decarbonisation doesn’t end in 2050. In fact, it’s only the beginning. All of the solar and wind infrastructure that we are now installing will be in landfill by then, and we’ll still have to figure out how to live.

“That is a problem we really should be talking about – and for me it definitely involves nuclear technology.”

Should nuclear be part of our energy mix?

Australia must engage with nuclear research or fall far behind