A new international study takes a comprehensive look at just how much the oceans have warmed since the 1950s, and where they are headed in the coming years. 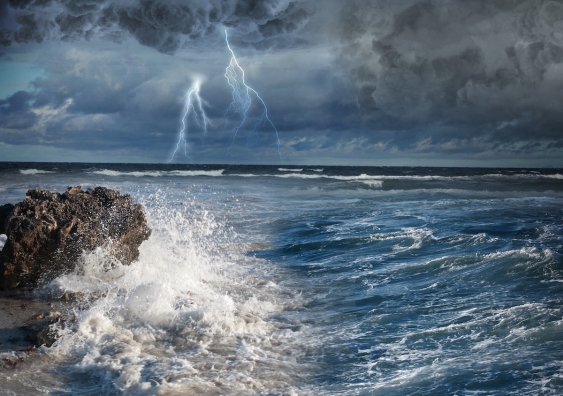 The ocean absorbs up to 90 per cent of global warming in the atmosphere and this affects everything from marine life to weather systems. Photo: Shutterstock.

Researchers from the ARC Australian Centre for Excellence in Antarctic Science (ACEAS) at UNSW Sydney are part of a comprehensive international study that looked deep into the oceans to discover just how much climate change has warmed them – and what to expect in the coming decades.

The study, published in Nature Reviews, found that ocean warming has accelerated dramatically since the 1950s. It also highlights the importance of the urgent actions needed to mitigate and respond to climate change.

The study’s team included researchers from leading institutions in China, France, USA, Australia and the UK, and was led by Professor Lijing Cheng from the Chinese Academy of Sciences.

“We show what will happen if we don’t take action to slow global warming,” said co-author Scientia Professor Matthew England at UNSW Science and Deputy Director of ACEAS at UNSW.

Oceans are absorbing the force of global warming

More than 90 per cent of the global warming generated from carbon emissions is absorbed by the oceans.

“The oceans provide the key to understanding both our past and our future,” said co-author Associate Professor Jan Zika, an ACEAS Chief Investigator also based at the UNSW Data Science Hub (uDASH).

“To understand how fast the Earth’s climate is changing, we must look to the oceans and track ocean heat content change,” Associate Professor Zika said.

The authors collected temperature data across the world’s oceans using a variety of temperature sensors. Some of these sensors were manually placed in the oceans by researchers, others deployed by cargo vessels, and many are autonomous devices that float in the oceans or are tethered – like a buoy or mooring.

By combining the many thousands of measurements from these devices around the planet, the scientists were able to piece together a clear picture of global ocean warming back to the 1950s.

The study found that ocean warming isn’t the same everywhere, with the Southern Ocean and the Atlantic Ocean warming much faster than the Pacific and Indian Oceans. These results can help predict what will happen to the oceans in the coming decades.

“If we meet the Paris Agreement emissions targets and global surface warming is limited to 2°C above the pre-industrial levels, then the acceleration of ocean warming will stop around 2030,” Professor England said.

“But if we don’t take action, the predictions are quite dire. The rate of ocean warming will skyrocket throughout the 21st century so that by the 2090s, it will be four times larger than it is today.”

Coastal regions around Australia and the rest of the world are already increasingly vulnerable to climate change. Ice sheets are melting faster, sea levels are rising, storm systems are becoming more intense, coral reefs are bleaching – and there are many more adverse impacts on ecosystems – all linked to ocean warming.

“Already 2022 has experienced a wide range of climate disasters: heat waves, flooding, heavy rainfalls. If the current weather is wild, just wait for the coming decades – we haven’t seen anything yet,” Professor England said.