Transparency and open data may be an important part of the solution to corporate tax avoidance, writes Paul X. McCarthy. 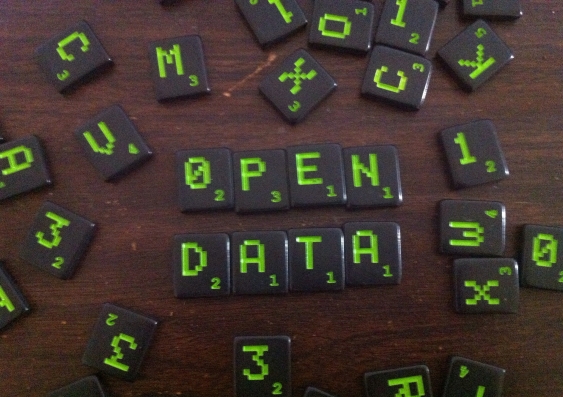 OPINION: Imagine if Australia’s economy was as efficient as Silicon Valley is. It’s not that absurd an idea, and the keys are potentially at the government’s disposal.

In the US, technology sector companies including Mattermark and CB insights are now providing a “CIA-like” business data intelligence services about private companies in the startup ecosystem. They collect data on anything and everything, distilling it all into “signals” that may provide clues on who may become the next Apple, Google or Uber.

Australia has a unique opportunity to open more data on private companies in the way NZ has already done with their Open NZ Companies Register, making for a more transparent and efficient economy.

The company regulator ASIC, in its corporate registry business, holds a treasury of statistical data about Australian private businesses that researchers, policymakers and businesses could use to improve the productivity of the whole economy.

The government is exploring options to sell the ASIC registry business, which is estimated to be worth A$6 billion. The conditions of open public and research access to the data held in this register could provide either great opportunity or impediment to Australia’s long-term economic efficiency.

At the same time, Australia is leading the way globally in its efforts to target tax avoidance by multinational corporations, which is an interesting and challenging undertaking.

Among a number of federal budget measures aimed at cracking down on tax avoidance are mandatory disclosure rules to uncover aggressive tax planning schemes.

This is aligned with the idea that sunlight provides the best disinfectant and perhaps one of the best approaches. Transparency and open data certainly seem to work within the corporate world at a micro level, so perhaps this is an important part of the solution to this tricky global problem.

Award-winning Harvard Business Review author Bjarte Bogsnes, who is VP Performance at Norwegian Energy Giant Statoil, found the best way to rein in corporate travel expense abuse was simple – abandon creating and enforcing complex rules and simply publish the spending data for all to see. Once other executives could see how much others were spending or saving on travel, behaviours changed dramatically, resulting in massive savings.

Already the ATO has started down this path by publishing a list of total income, taxable income and tax payable of over 1,800 Australian public, private and foreign private entities for the 2013-14 income year.

It makes interesting reading and reveals who pays most and least corporate tax in Australia. Yet issues remain about what many global companies declare as income in Australia.

While much focus to date has been on those paying the least tax, this data also reveals those contributing most to our economy – paying their fair share. The following list is of the top 20 companies from this data sample of large Australian public, private and foreign private groups that paid the largest share of their total income in tax.

Which large corporates pay largest share of their income in tax?

Ensuring large global companies that operate in Australia publish the total revenue they receive from Australian customers, along with tax paid here, may have a similar effect and lead the way for other jurisdictions to follow.

Open Data as a catalyst for growth

Economist Nicholas Gruen has calculated open government and public data could contribute up to A$16 billion per annum to the Australian economy. His Open for Business report was funded by the Omidyar Network and launched at the G20 Summit in 2014.

The government has committed to collaborating with the private and research sectors to share valuable public data for the benefit of the Australian public. Adding sunlight to the way Australian companies operate could help it tackle the vexing issue of tax avoidance and at the same time improve economic productivity.

Paul X. McCarthy is an Adjunct Professor in Computer Science and Engineering at UNSW.