The human brain is unique in many ways including the amount of asymmetry that exists between its left and right sides, writes Darren Curnoe. 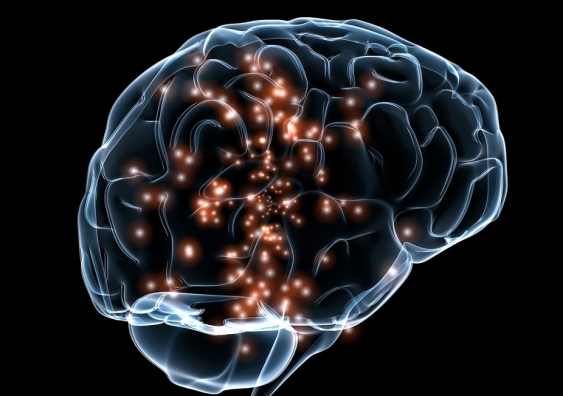 OPINION: We all know that the human brain is ridiculously large, but how many of us realise that it’s lopsided as well? It turns out that the cockeyed shape of our brains is as important to understanding human evolution as its size is.

The brain’s lopsidedness is most evident through our hand preferences. Roughly nine out of every ten people are right handed. Lefties are indeed a rarity. And these figures hold across all human populations and cultures showing that it’s a universal pattern for Homo sapiens, being genetically hardwired.

Below the surface, these statistics about right versus left handedness reveal something rather peculiar about human brains: the left hemisphere generally dominates over the right when it comes to controlling the movements of the hands. And this hemispheric dominance - or asymmetry - is unique.

Similar patterns can be seen for the language areas of the brain as well. Regions on the left side such as Broca’s Area - which play a vital role in language production and comprehension - are disproportionately enlarged, lopsided even, compared with their ride side equivalents.

In fact, Broca’s Area is six times larger than the same region on the right side of the brain when compared with a chimpanzee’s noggin. That’s twice as large as you’d expect based on our threefold larger brains.

Another way the human brain is lopsided is the misalignment or even skewness between the left and right hemispheres themselves, a feature called petalias. When seen from above, the front most part of the right hemisphere juts further forward than the left. And the opposite configuration is seen on the left side, where the rear of the left hemisphere projects further back then the right.

A similar pattern is seen in the brains of other apes and even some monkeys, but it’s nowhere near as striking as in the human brain. And petalias are also seen in the arrangements of the blood vessels that supply and drain the brain and can even be observed on a microscopic level.

What role do petalia’s play? Well again they seem to be a part of the overall asymmetry of the human brain, whereby functions are relegated to a particular side, much like we see with hand control or language.

If our cockeyed brains are so unique, then why did they evolve to be this way? Well, the extreme specialisation of regions like Broca’s Area probably evolved to allow faster and more efficient neural processing. It cuts out the need for input or perhaps even disruption from the opposite hemisphere, helping us to think and act much faster.

What’s the earliest evidence we have for hemispheric specialisation? How can we even detect it given that brains don’t fossilise? Believe it or not, anthropologists have devised several ways to detect brain asymmetry, either directly or indirectly. And all of them point to a very early shift in the structure and functioning of the brain in our evolution.

The first piece of evidence comes from the models we can make of the surface of the brain, which we call endocasts. These are a kind of fossil brain if you like, although they lack a lot of the detail we’d see in a real brain.

During life, the brain actually pulsates and leaves impressions of its surface on the inside of the bones of the skull. Anthropologists can use this phenomenon to make simple models of how the brain would have looked. Regions like Broca’s Area are often very distinct and the petalias are especially clear on endocasts.

Endocasts show us that the pre-human genus Australopithecus - our ancestor living in Africa between roughly 4.5 and 2 million years ago - provides the earliest evidence we have for brain asymmetry.

Then there’s the indirect evidence we can glean from teeth. It turns out that the damage done to the enamel of the front teeth of early humans can indicate whether an individual was right or left handed. How do we know this? Through an ingenuous set of experiments conducted by anthropologists, that’s how!

The results showed that when meat is held between the teeth (using them as a vice) and a stone tool is used to cut it, tell tale scratches are left on the enamel by the tools, and these are angled in such a way that right handers can be distinguished from lefties.

And of the dozens of fossil human teeth that have been studied for these scratches, it turns out that they are overwhelmingly from right handers, with the odd lefty, especially among the Neanderthals.

Fascinatingly, the tooth wear method shows us that the earliest right hander lived almost two million years ago and belonged to the species Homo habilis from Olduvai Gorge. And we can take this as our minimum age for brain asymmetry, and probably also the beginnings of speech, given the parallels between manual and language control and brain lopsidedness.

The final piece of evidence comes from archaeology and the stone tools made by Palaeolithic humans. Careful studies of the way that tools were made shows clear evidence for handedness at each and every step of production process.

Archaeologists think the evidence for handedness can be seen in stone tools from about 2 million years ago. And chances are the signs will be there in the earliest tools now dating to around 3.3 million years ago, when someone eventually takes a look.

Some of the most striking features of humanity, the ones that mark us out as unique, are not always so obvious. Sometimes they’re so obvious that we don’t even notice them! Like our left versus right hand preferences.

They’re certainly no less fascinating than the ones that get most of the attention, like big brains, complex thinking, language, culture, two-footed walking etc. And they’re no less deserving of scientific scrutiny, often having far more interesting tales to tell us about our evolutionary origins.

Darren Curnoe is the Chief Investigator at the ARC Centre of Excellence for Australian Biodiversity and Heritage, and Director, Earth and Sustainability Science Research Centre at UNSW.

Was agriculture the greatest blunder in human history?