Regardless of the outcome in Paris, UNSW researchers are forging ahead with multidisciplinary solutions to help us avoid the worst impacts of a warmer future. 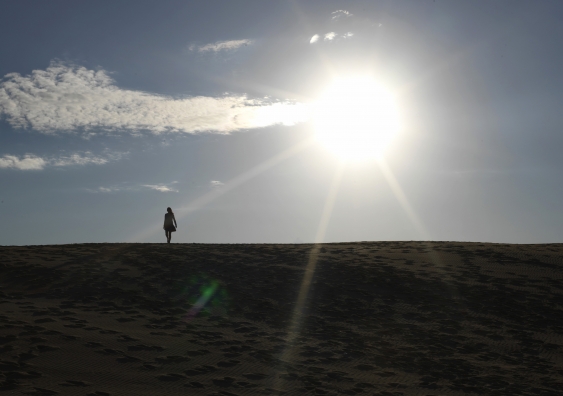 “Each decade has been warmer than the last,” says Professor Steve Sherwood, director of the Climate Change Research Centre at UNSW, headquarters of the Australian Research Council Centre of Excellence for Climate System Science (ARCCSS). “A big new record like this has been inevitable sooner or later.”

UNSW leads the world in producing the science and models that predict how the planet will change under global warming. It is also leading on providing climate change solutions.

A lot of people think it’s just hot weather, but heatwaves kill more people worldwide than any other natural disaster.

In a radically warmer future, one of the biggest impacts Australia faces is changing coastlines driven by storm surges and sea-level rises – problems being tackled by UNSW’s environmental engineers. Another is the increased frequency and intensity of heatwaves.

Hot weather can also damage infrastructure, and lead to increased bushfire risk and food and water insecurity. Scorcher, an interactive website created by Perkins-Kirkpatrick, plots historical and real-time heatwaves at more than 100 sites across Australia. “By investigating heatwaves using different characteristics, we’re able to understand more about what drives them, as well as provide the most appropriate information to the people who need it most, such as health researchers, ecologists and engineers,” she says. 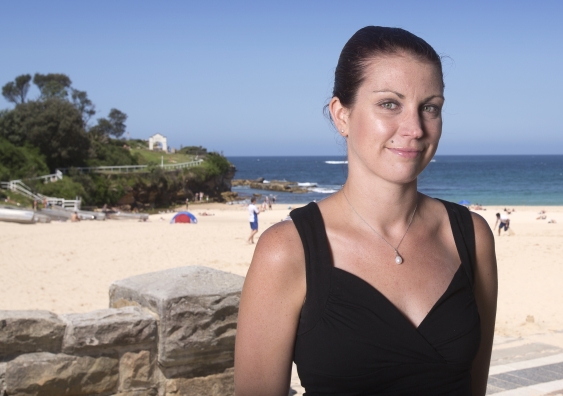 UNSW is also working with the NSW Office of Environment and Heritage to create a web portal that generates data from models to help farmers and agricultural researchers understand the impacts on crops and biodiversity.

On the policy front, researchers in UNSW Law are ensuring the world’s international legal frameworks can deal with increased movements of people forced from their homes due to climate change and natural disasters (see below).

In the Faculty of Arts and Social Sciences, political philosopher Professor Jeremy Moss is part of an international push to ensure the world’s most-vulnerable people are not unduly burdened by government responses to climate change. In September, Moss helped organise an official COP21 event in Paris to look at the justice and moral issues involved in transitioning from a high-carbon to a low-carbon society, and policy responses that minimise inequality. 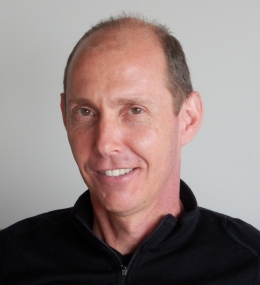 “It has become more than a scientific and economic question,” Moss says. Some of the ideas discussed included new models of ownership of energy resources and infrastructure, and ways to account for the impact of climate change on future generations. Moss says Australia has a moral responsibility to constrain its production and export of fossil fuels, particularly coal.

“There’s an inconsistency here. No matter what cuts to emissions we agree to make, if we continue to produce these fossil fuels then we’re really not solving the problem.

“We have an opportunity with this transition, to not only reduce our reliance on fossil fuels, but also give people access to something that’s necessary to live a decent life – a clean, renewable, cheap form of energy.”

Here, too, UNSW is world leading. Solar photovoltaic (PV) researchers, working under Scientia Professors Martin Green and Stuart Wenham have set 25 world records that have improved the efficiency of solar power generation since 1975. Recently a team led by Green and Dr Mark Keevers, reached a new milestone with a sunlight-to-electricity conversion rate of 40%.

There’s an inconsistency here. No matter what cuts to emissions we agree to make, if we continue to produce these fossil fuels then we’re really not solving the problem.

Meanwhile, falling costs associated with the Passivated Emitter Rear Cell (PERC) developed by UNSW researchers in the early 1980s, mean the technology is expected to be in the majority of all solar cells by 2020.

“The costs of solar PV have declined by 80% in the past five years alone,” says Associate Professor Iain MacGill, from UNSW’s Centre for Energy and Environmental Markets (CEEM), in a recent piece for The Conversation.

“Solar’s installed global capacity hit 177 gigawatts in 2014, and has grown at an average of 50% a year over the past five years. PV is still only contributing an estimated 1% of global electricity demand, however, countries such as Germany are showing the way with PV contributing around 7%. In Australia, PV’s contribution is now approaching 3% and we likely have the highest penetration of residential PV systems in the world.”

As PV and other renewable generation penetrations grow, we will need to reconsider our present electricity market arrangements, a major research area for CEEM and the School of Photovoltaic and Renewable Energy Engineering. But can intermittent renewable energy sources generate enough power when and where it is needed?

The answer, according to work done by MacGill, and UNSW collaborators Associate Professor Mark Diesendorf and Ben Elliston, is “yes it can”. If scaled up, wind and solar could reliably meet 100% of Australia’s electricity needs.

Using thousands of computer simulations based on data from 2010, the trio has shown scaled-up wind and solar generation could meet national electricity demand with only a handful of gaps. These would be during peak demand on winter evenings following overcast days that also happened to have low wind speeds across the region.

“Since the gaps are few in number and none exceeds two hours in duration, there only needs to be a small amount of generation from the so-called flexible renewables (those that don’t depend on the vagaries of weather): hydro and bio-fuelled gas turbines,” the trio wrote in The Conversation.

Crucially, their calculations showed there was little need for batteries.

Even so, the development of efficient low-cost batteries is a game changer, allowing renewable energy to be stored and distributed on demand, drastically reducing the need for fossil fuel–driven, baseload power.

Today batteries created by Tesla, Panasonic and a host of smaller companies have put residential storage of locally generated renewable energy within reach of most households. UNSW chemical engineers are also investigating new ways to store energy, including a new generation of sodium battery that would run on seawater, making renewable energy storage even more affordable.

Buildings and cities present the largest opportunities for carbon reductions around the world. So investing in design, planning and policy innovations can deliver huge returns.

She is leading a new $8.8 million ARC green manufacturing research hub, working with industry to transform discarded plastic and glass materials into useful alloys and ceramics.

“Buildings and cities present the largest opportunities for carbon reductions around the world. So investing in design, planning and policy innovations can deliver huge returns,” says the head of UNSW’s Cooperative Research Centre for Low Carbon Living, Professor Deo Prasad. “Not only will design incorporate low-carbon materials, there will be a lot of ‘intelligence’ in buildings. Smart ICT and Apps will allow you to manage systems, like heating, lighting and electrical components that recognise when you are home and when you are not.”

These new technologies and designs are being trialled and community acceptance is being studied at Living Laboratories around the country so that low-carbon solutions can become mainstream.

“We are also likely to see a new kind of sharing economy develop, with community gardens, energy, water and waste systems the norm,” Prasad says.

He believes even without the need to fight climate change, a low-carbon world gives an opportunity to build smarter and closer communities. “That alone offers a powerful incentive to start making changes today.”

“More than 19 million people were displaced by disasters in 2014 – we don’t necessarily attribute this to climate change, but the two are interrelated,” she says.

“Because the majority of existing climate-related displacement is within individual countries – not involving people crossing borders – the problem is not on most people’s radar.”

Together with her research supervisor, Scientia Professor Jane McAdam, director of the Andrew & Renata Kaldor Centre for International Refugee Law at UNSW, Wood is helping shape international thinking and policy development around forced displacement, especially as it relates to climate change and disasters.

More than 19 million people were displaced by disasters in 2014 – we don’t necessarily attribute this to climate change, but the two are interrelated.

The researchers are part of the Nansen Initiative on Disaster-Induced Cross-Border Displacement, an intergovernmental initiative led by Norway and Switzerland. Last month, the Nansen Initiative released a Protection Agenda for people forcibly displaced across borders by disasters and climate change. McAdam, who was one of the meeting Chairs, explains: “Over 100 governments endorsed the agenda, affirming the need to better protect people displaced across borders by disasters.”

McAdam and Wood have been looking at the existing tools that can be used to help displaced people, and shortcomings in international and human rights law that might prevent them from migrating safely and legally, while maintaining their dignity.

“If you want to think about displacement in a human rights framework, what we need are much stronger guarantees that people being forced from their homes in this context will be able to not only access territory, but also sustain their lives,” Wood says.