UNSW Scientia Professor Michelle Simmons has received a €100,000 international L’Oréal-UNESCO For Women in Science Award at a ceremony in France, in recognition of her pioneering research in quantum physics. 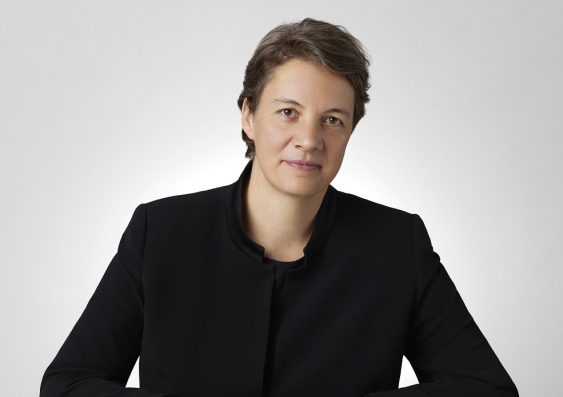 UNSW Scientia Professor Michelle Simmons has received a €100,000 international L’Oréal-UNESCO For Women in Science Award at a ceremony in France, in recognition of her pioneering research in quantum physics.

Members of the international scientific community gathered at the Maison de la Mutualité in Paris last night to honour five eminent female researchers in the physical sciences from around the world.

Professor Simmons, Director of the ARC Centre of Excellence for Quantum Computation and Communication Technology, CQC2T, is the 2017 winner of the Asia-Pacific region, “for her pioneering contributions to quantum and atomic electronics, constructing atomic transistors en route to quantum computers”.

The event was opened by Irina Bokova, Director General of UNESCO, and Jean-Paul Agon, Chairman and CEO of L’Oréal and Chairman of the L’Oréal Foundation.

“Only a shared, controlled science, at the service of the world’s population, is able to meet the major challenges of the twenty-first century, and our researchers are the proof,” Mr Agon said. “They are the ones that give science all its greatness.”

Professor Simmons’ team is the only one in the world that can make atomically precise devices in silicon. They have produced the world’s first single-atom transistor as well as the narrowest conducting wires ever made in silicon, just four atoms of phosphorus wide and one atom high.

The five 2017 L’Oréal-UNESCO international laureates, who each received $140,000, were selected from international nominees by an independent international jury of 12 prominent scientists presided over by Professor Christian Amatore, a member of the French Academy of Sciences. 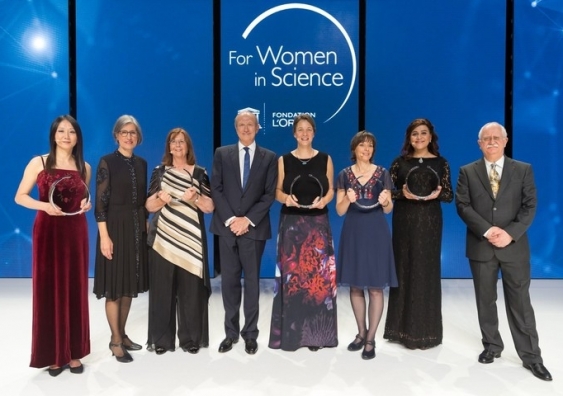 Professor Michelle Simmons (centre) at the L’Oréal-UNESCO For Women in Science Award ceremony in Paris.

The other four major winners are:

Professor Niveen Khashab: (Africa and the Arab States) for designing novel nanoparticles that could improve early detection of disease.

Professor Maria Teresa Ruiz (Latin America) for discovering a new type of celestial body, halfway between a star and a planet, hidden in the darkness of the universe.