A new study appears to show plants can learn from experience, raising intriguing questions about the possibility of plant cognition, writes Prudence Gibson. 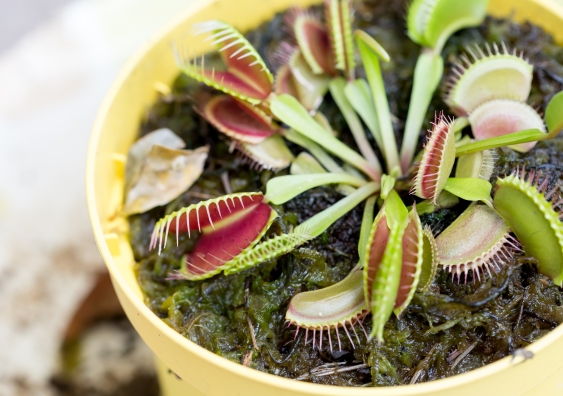 OPINION: The first time I met the Australian evolutionary ecologist Monica Gagliano, she was wearing colourful paisley trousers and was giving an animated talk at a 2014 environmental humanities conference in Canberra.

Despite her passionate presentation, trouble was brewing. Something was not right in the room. A woman beside me in the audience kept shifting her weight. A man to my left had crossed his arms and released several voluble sighs.

Why? Because Gagliano was using phrases such as “plant cognitive ecology”, “learning and communication”. And because she was, and is, opening up areas of knowledge that some might feel threaten the sovereignty of humans over nature.

That day in Canberra three years ago, Gagliano’s time frames were questioned. The frequency of her experiments were interrogated. Her apparatus was cross-examined. Yet, despite resistance, I believe her work is ground-breaking and opens up debate about plant subjectivity and ethics.

In a famous 2013 New Yorker article by Michael Pollan, The Intelligent Plant, Gagliano was introduced to readers as someone whose experiments are extending the concept of cognition to the plant world.

The problem she is addressing is that if plants have brain-like functions and make sentient-like decisions, our existing perception of nature and ourselves must change.

These implications need further analysis. But, first: the experiments. What Gagliano did with her Mimosa pudica plants – also called “sensitive” plants – was to custom-build an apparatus whereby the plants could be suddenly dropped a foot or so on a regular basis.

Initially, on dropping, the plant retracted and curled its leaves, but after repeats, it stopped reacting. Not only did it appear to “learn” a behaviour (without a brain, mind you) but it also remembered.

Gagliano repeated the experiment at intervals and found that even after a break of a month or more, the Mimosa would still not retract its leaves after being dropped.

How does this work? According to Gagliano:

Plants may lack brains and neural tissues but they do possess a sophisticated calcium-based signaling network in their cells similar to animals’ memory processes.

Gagliano has published her findings and edited various scholarly books on plant research, ethical implications and changed perceptions. She has collaborated with environmental lawyer Alessandro Pelizzon and others on the language problems of writing about plant life.

There is no vocabulary that can be used to talk about brain-like plant structures beyond mere vascular and survival processes, nor about decision-making, sentience, intelligence, learning and memory in the plant world.

There is much more work to be done by artists and humanists to develop these vocabularies together. Scholars such as Michael Marder, Dalia Nassar, Natasha Myers and myself are working in this field where there may be a realm of sophisticated activity in plant life that humans have not yet even fully comprehended.

A forthcoming book titled The Language of Plants is edited by Gagliano and colleagues, and deals with this complex and provocative problem, following on from her book The Green Thread. 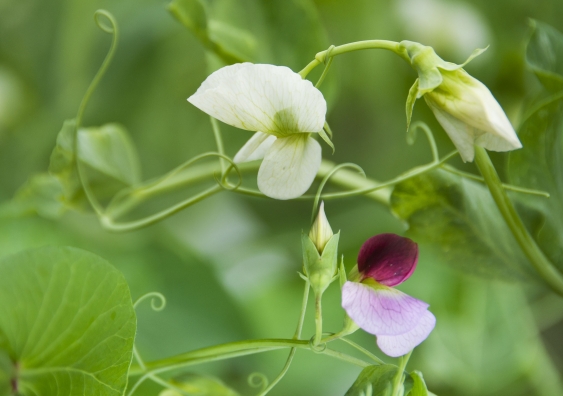 Gagliano and her colleagues have just published a paper in Nature Scientific Reports that could rock our sense of human “self”.

This is a major coup for the plant scientist, who has suffered rejection from journals, for moving plant physiology into the domain of philosophy, for extending animal studies concepts of sentience to plants and more. Does this caution by journal editors reflect a fearfulness about our human place in the world?

The new paper explains her recent experiments where she sought to show plants can “learn” via classical conditioning, similar to the classic Pavlov’s dogs experiment.

Gagliano and her colleagues used the air flow caused by a fan to predict the location and time of light. They found that the plants conditioned by the fan would grow towards the source of the air flow even when the light was not present, but only if they were “trained” to do so. This is like Pavlov ringing the bell and the dogs salivating, even if there was no food around.

Gagliano’s peas, Pisum sativum, also behaved according to a simulated circadian rhythm (temperature and light/dark control) and a sense of time of day, which is known to modulate behavioural processes such as learning in animals.

This experiment appears to show associative learning in plants. Gagliano has shown that plants don’t just respond to light and food in order to survive. They also choose and predict.

These findings will get people asking some tough questions. Do plants, like animals, have consciousness? If plants learn, choose and associate, what does this mean for our ethical relationship with them? Can humans learn from the adaptive capacities of plants?

To respond to light, fans and temperature in this way suggests that plants have far more sophisticated abilities than previously thought. The philosophical and ethical implications of this information are confounding.

It provokes further questions about the plant world that we have historically seen as inert and lacking in agency. With no brain, how can plants have cognition? Yet they exhibit functions we typically only associate with a brain.

Where does all this lead us? Well, into troubled waters, so grab your boat and paddle. We are in for a rough philosophical ride.

This article was originally published on The Conversation and can be republished for free, online or in print, under the Creative Commons licence.  Read the original article.