Opinion Paying a heavy price for loving the Neanderthals

One of the biggest surprises about our evolution is the extent our ancestors engaged in amorous congress with the evolutionary cousins, writes Darren Curnoe. 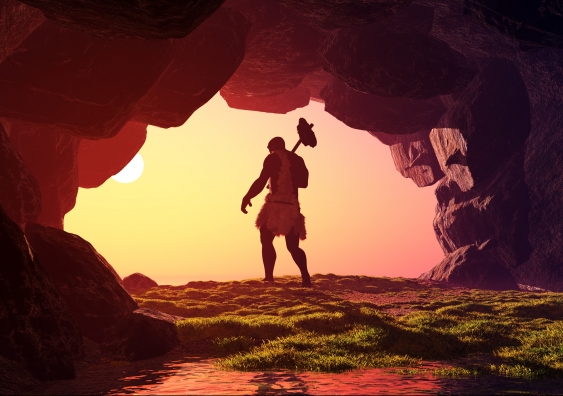 OPINION: One of the biggest surprises about our evolution revealed over just the last decade is the extent to which our ancestors engaged in amorous congress with the evolutionary cousins.

Bonking the Neanderthals, it seems, was a bit of a pastime for the distant relatives. It happened many times in Siberia, East Asia, the Middle East and Europe, and across a long period between 100,000 and 40,000 years ago.

In reality, we have no idea of course exactly how many times it occurred, nor the circumstances in which it happened. Who instigated it, us or them? Was it consensual? Did they pair for life? Or was it a casual fling?

Now, the consequences of interbreeding for us today are becoming all too clear from studies of the genome - theirs and ours - ancient and modern.

Somewhere between 1.5% and 2.1% of your genome was inherited from the Neanderthals, assuming your ancestry was non-African of course.

East Asians typically have more Neanderthal DNA because their ancestors partook in a little more afternoon delight than the rest of ours did.

For Indigenous people living around eastern Indonesia, and in New Guinea and Australia, their ancestors also took a shine to the ‘Denisovans’. In their genomes we find n extra 4% to 6% inherited from this mysterious species.

So far, archaeologists have found just two finger bones and a tooth from the Denisovans, thousands of kilometres away from New Guinea in southern Siberia, of all places.

Yet, the fact that the earliest New Guineans mated with the Denisovans only 44,000 years ago - as revealed by their DNA - suggests that all the action happened in the tropical climes of Oceania, not icy Siberia.

Don’t fret if you’re ancestry is African though, you’re ancestors found another human species or two to bonk.

Surprisingly, the genomes of the West African Biaka and Baka (so-called ‘pygmy’) people have revealed DNA from a completely unknown species, which found its way into the human genome only 9,000 years ago.

Other studies have found much wider evidence for interbreeding across Africa, occurring sometime around 35,000 years ago.

It’s fun to think about our surprisingly mixed-up heritage as a species. And may be even poke fun at a friend or two for their seemingly excessive amounts of Neanderthal DNA.

But there’s a serious side to all of this as well. The legacy of interbreeding is very real and seems to explain quite a few modern ailments, and some rather nasty diseases as well.

Neanderthal DNA is associated with an increased risk of developing skin corns and callosities, mood disorders and depression, overweight and obesity, upper respiratory and urinary tract infections, incontinence, hardening of the arteries and even smoking.

Then there’s those immediate risks that come with casual sex with your own, or in this case, another species.

Like catching a parasite such as body lice, or worse still, contracting a sexually transmitted infection.

Body lice are parasites that evolve in tandem with their hosts. Other mammals have them, but human lice species are unique to us, and spread through close contact such a sex.

A person can be infested with thousands of these blood suckers, each insect biting five times a day.

But worse, they also carry deadly bacteria. Diseases like endemic typhus are carried and spread by body lice and are said to have caused more deaths than all the wars in history put together.

Genetic studies of body lice suggest that one of the two species that infects us today evolved more than a million years ago, in association with another human-like species.

What’s the implication here? Yet again, we probably got body lice because our ancestors engaged in the pants-off dance off with an evolutionary cousin.

Now a new study has found that a particular human papillomavirus (HPV16), one of the most common sexually transmitted infections with 14 million new cases each year in the US alone, was also inherited from the Neanderthals.

The amazing diversity of HPV16 variants across Asia and Europe - compared with low diversity in Africa - has long puzzled researchers.

You’d expect the opposite situation because we evolved in Africa and presumably carried HPV16 out with us when we left there 100,000 years ago or more.

This new study solves the mystery by showing that modern humans brought only a small subset of HPV16 variants out of Africa, picking up most of the other strains after they (ah, we) bonked the Neanderthals.

Technically, this is known as a host-shift, where sexual contact with archaic populations led to the transmission of new variants of HPV16 to us.

With time, even more diversity was generated as modern humans spread across the rest of the Old and New Worlds.

High risk human papillomaviruses are a serious global health issue. They’re associated with around 5 percent of all cancers worldwide.

The choice our ancestors made to interbreed with the Neanderthals, Deniosvans and probably numerous other archaic cousins have left us with profound legacies that we’re only beginning to learn about.

What else might they have done that had profound consequences for us today?

Makes me wonder just how the decisions we make today - the changes we’re wreaking on the planet - will shape the evolution of Homo sapiens in 1,000, or even 10,000, years from now? One things for certain, they will.