Prominent scientist will tackle saving humanity from catastrophic damage to its life support systems and an impending climate change catastrophe. 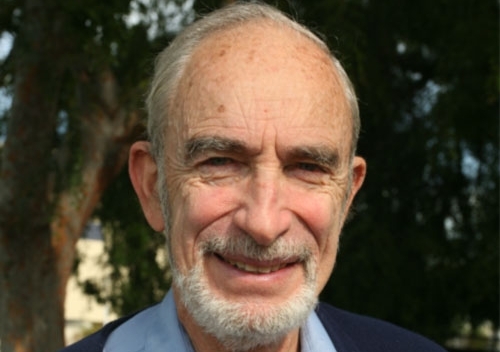 Professor Paul R Ehrlich, President of the Centre for Conservation Biology at Stanford University and author of the 1968 bestseller The Population Bomb, will talk about his belief that earth’s capacity to maintain civilisation is under threat at a UNSW Centre for Ideas event on 20 November.

Ehrlich is calling for scientists and Australian leaders to be accountable and “tell it like it is” to become catalysts for social and political change as part of his UNSW Mass Extinction and Collapse presentation. He’s also interested in studying ways of shifting human behavior to foster environmental sustainability.

“I’ll be talking about interactions of multiple existential threats facing civilisation and the necessary steps to ease the pain of collapse and design a reset for Australia and the rest of the world,” he said.

Ehrlich’s highly successful The Population Bomb published in 1968 predicted worldwide famine in the 1970s and 1980s due to overpopulation, as well as other major societal upheavals, and advocated immediate action to limit population growth.

“The long-lasting impact of the book is due to the continuing hunger and thirst afflicting hundreds of millions, the escalating human caused sixth extinction crisis, steadily increasing toxification of the planet, and increasing chance of a large-scale nuclear war,” Ehrlich said.

“Most of these problems trace to the manic growth of the economic system with the average economist still believing the human enterprise can expand forever.”

The Bing Professor of Population Studies, Emeritus, at Stanford, Ehrlich continues to research and publish widely on topics in population biology, ecology, evolution, human ecology and behavior and environmental science.

“They are all overlapping, interrelated, and critical to people’s understanding of their world and circumstances,” he said. He added that these subjects are often neglected to be taught in schools, universities and other educational institutions.

Ehrlich is very passionate about the topic of climate change and its profound effect on human societies and the natural environment. This is particularly topical given that more than 11,000 scientists around the world have recently signed a scientific paper declaring a climate emergency, backing protesters across the world demanding action.

“Damage to Australian and world ecosystems might take centuries to reverse and in some cases thousands or million years due soil erosion, climate disruption and loss of biodiversity,” he said.

“Too bad Aussie politicians are unaware of recent research showing the huge and crucial role that forests play in the global water cycle, often reducing the occurrence and impacts of droughts. Deforestation may have contributed long ago to Australia becoming a desert continent.”

He added that it’s critical for school and university students to learn about Australia’s natural environment, care about climate change, understand the threats of Australia’s overpopulation, and not be afraid to take political action.

“Australia shows signs of following the United States down the road to kakistocracy,” Ehrlich said. “If it does, it is unlikely to survive as a nation.”

Paul R Ehrlich: Mass Extinction and Collapse is presented by the UNSW Centre for Ideas and supported by UNSW Science. Click for more information and tickets.

UNSW Director of the Centre for Ecosystem Science Richard Freeman will present this event.