Technology developed by a UNSW Sydney Emeritus Professor has secured patents for its ground-breaking approach to energy generation. 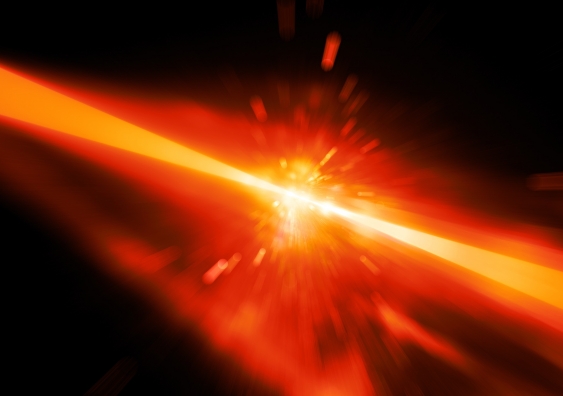 HB11 Energy, has been granted patents for its laser-driven technique for creating fusion energy. Picture: Shutterstock

Technology developed by UNSW Sydney Emeritus Professor Heinrich Hora, has been granted patents for its laser-driven technique for creating fusion energy. Unlike earlier methods, the technique is completely safe as it does not rely on radioactive fuel and leaves no toxic radioactive waste.

“After investigating a laser-boron fusion approach for over four decades at UNSW, I am thrilled that this pioneering approach has now received patents in three countries,” said Professor Hora.

“These granted patents represent the eve of HB11 Energy’s seed-stage fundraising campaign that will establish Australia’s first commercial fusion company, and the world’s only approach focused on the safe hydrogen-boron reaction using lasers.”

The preferred fusion approach employed by most fusion groups is to heat Deuterium-Tritium fuel well beyond the temperature of the sun (or almost 15 million degrees Celsius). Rather than heating the fuel, HB11’s hydrogen-boron fusion is achieved using two powerful lasers whose pulses apply precise non-linear forces to compress the nuclei together.

“Tritium is very rare, expensive, radioactive and difficult to store. Fusion reactions employing Deuterium-Tritium also shed harmful neutrons and create radioactive waste which needs to be disposed of safely. I have long favored the combination of cheap and abundant hydrogen H and boron B-11. The fusion of these elements does not primarily produce neutrons and is the ideal fuel combination,” said Professor Hora.

Professor Hora explained how most other sources of power production, such as coal, gas and nuclear, rely on heating liquids like water to drive turbines. In contrast, Professor Hora said, the energy generated by hydrogen-boron fusion converts directly into electricity allowing for much smaller and simpler generators.

The two-laser approach needed for HB11 Energy’s hydrogen-boron fusion only became possible recently thanks to advances in laser technology that won the 2018 Nobel Prize in Physics.

Hora’s reactor design is deceptively simple: a largely empty metal sphere, where a modestly sized HB11 fuel pellet is held in the center, with apertures on different sides for the two lasers. One laser establishes the magnetic containment field for the plasma and the second laser triggers the ‘avalanche’ fusion chain reaction.

The alpha particles generated by the reaction would create an electrical flow that can be channeled almost directly into an existing power grid with no need for a heat exchanger or steam turbine generator.

“The clean and absolutely safe reactor can be placed within densely populated areas, with no possibility of a catastrophic meltdown such as that which has been seen with nuclear fission reactors,” Professor Hora continued.

With experiments and simulations measuring a laser-initiated chain reaction creating one billion-fold higher reaction rates than predicted (under thermal equilibrium conditions), Dr Warren McKenzie, Managing Director of HB11 Energy, said the company stands a high chance of reaching the goal of ‘net-energy gain’ well ahead of other groups.

“HB11 Energy’s approach could be the only way to achieve very low carbon emissions by 2050. As we aren’t trying to heat fuels to impossibly high temperatures, we are sidestepping all of the scientific challenges that have held fusion energy back for more than half a century,” said Dr McKenzie. “This means our development roadmap will be much faster and cheaper than any other fusion approach."