In an energy-hungry world, battery storage is the way of the future. But not all technologies are equal, writes Wilson da Silva. 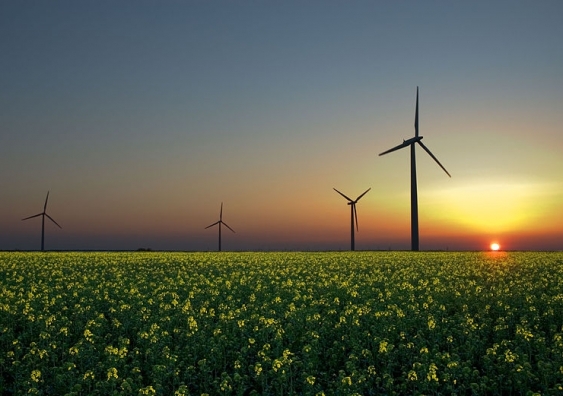 It’s been the missing link in the world’s electricity system for more than a century, and now energy storage is one of the hottest areas of research and investment in the world.

In the US, power from renewables such as wind and solar have risen eight-fold in a decade, with solar power alone seeing a 43-fold rise. This has been followed by a 20-fold increase in large-scale, utility-grade battery storage – such as the 20MW storage plant built in California’s Mira Loma, about 65km outside Los Angeles, which uses lithium-ion batteries manufactured by Tesla.

The Mira Loma plant was the world’s largest – until the South Australian government announced in July that it had contracted Tesla to build a 100MW facility at Hornsdale’s 99-turbine windfarm to store energy during peak generation hours and make it available consistently throughout the day when the electricity grid most needs it.

“Battery storage is the future of our national energy market, and the eyes of the world will be following our leadership in this space,” Premier Jay Weatherill told a news conference announcing the plant, scheduled to be completed by December 2017.

Although energy storage is still a nascent technology, the global market is already worth $US2.7 billion ($3.4bn) and projected to grow to $US26.1bn by 2022, according to industry analysts P&S Market Research in New York. IHS, another analyst, forecasts that storage will “explode” from an annual installation of 6GW in 2017 to more than 40GW by 2022. This compares with just 0.34GW installed between 2012 and 2013.

Why the boom? It’s partly due to “stunning improvements in battery capacity and cost”, says Australia’s Chief Scientist, Dr Alan Finkel, telling the National Press Club in June that the technology for batteries has advanced at breakneck speed.

“This is a grassroots revolution. It’s driven by billions of people wanting their smartphones and laptop computers to last longer between charges,” he added. “To meet that market pull, global manufacturers have invested massively to improve the performance and lower the price of rechargeable batteries. Repurposing these batteries has enabled manufacturers to configure grid-scale batteries. These are now being installed internationally at a level and cost that were unimaginable five years ago.”

It’s a revolution that’s been a long time coming. For more than a century, electricity has been generated in real time for immediate use. While incredibly complex systems have evolved to manage generation and distribution, the simple truth is that more electricity needs to be generated than is actually used. Hence there’s wastage and inefficiency, and more emissions generated than would occur if the electricity could be stored. 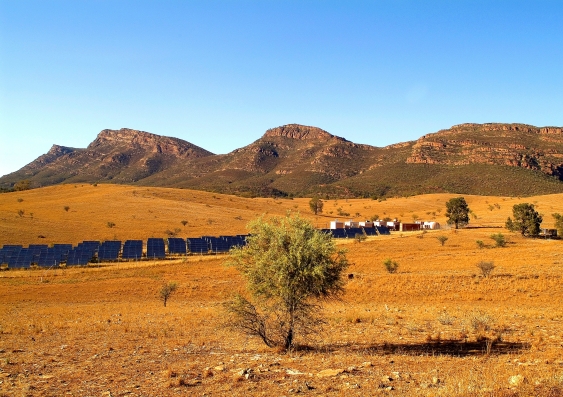 Until recently, this was solved by building new power stations. But rising energy prices, the falling cost of storage and a pressure to reduce emissions means capturing electricity when demand is low and then discharging it to augment peaks in electrical demand is now all the rage.

Battery storage has become less costly, more nimble and easier to site than new natural gas “peaker” plants, which take less time to power up than coal-fired stations and were the industry’s preferred way of dealing with demand peaks – a growing feature of grids internationally. “It’s tough to find sites that work for peakers in highly urbanised areas,” notes Southern California Edison’s Paul Griffo, whose utility company is planning to bring 104.5MW storage capacity online by 2018.

Storage has been in use in Australia since the 1890s but its application has been limited. Dams such as those of the Snowy Mountains hydro scheme are an example: water is stored, and then released gradually to drive turbines to generate electricity. But in a nation short on water and high on electricity demand, dams are a limited solution (although the Turnbull government is exploring a major expansion of the Snowy scheme).Hydro still accounts for 90 per cent of the world’s existing energy storage, with technologies such as compressed air, flywheels and thermal storage also in use, but things are changing fast. Batteries are on the ascendant, with research also taking place on superconducting magnetic storage and fuel cells.

Redox flow batteries are another storage technology that is taking off ... pioneered in Australia by Professor Maria Skyllas-Kazacos and her team at the University of NSW.

Australian researchers are active in all these fields, with the CSIRO particularly advanced in developing high-performance batteries and fuel cells. Its UltraBattery – an advanced system that combines lead-acid batteries with supercapacitors (like those that power camera flashes) – is an economical, fast-charging battery with long-life power. It is now manufactured by Japan’s Furukawa Battery Company and being tested in the UK, and in rural India by battery manufacturer Exide Industries.

Redox flow batteries are another storage technology that is taking off. Like lead-acid and lithium-ion, these contains electrolyte solutions – the fluid that transfers charges inside a battery –and a positive and negative terminal around which electrons flow when the circuit is connected. Unlike other batteries, however, the energy is stored in the electrolytes rather than in solid electrodes, which means the amount of stored energy can be boosted simply by adding more electrolyte.

Uniquely, redox flow batteries can also be refuelled by pumping in fresh electrolyte. Power is then instantly available, and can be varied by controlling electrolyte flow. This means it is easier to adapt to large-scale applications without adding much cost – you just make the tank bigger. The cost per unit of stored energy is reduced, making flow batteries ideally suited to large megawatt-scale applications needing several hours of stored energy.

There are various designs – zinc bromide, polysulphides and zinc-cerium – but vanadium-based batteries are now the most common form worldwide. These were pioneered in Australia by Professor Maria Skyllas-Kazacos and her team at the University of NSW. A 130kWh vanadium redox battery system is installed at UNSW’s Sydney campus, and a 15MW storage facility was completed in Hokkaido in 2015, near Japan’s biggest solar power station – a 111MW facility in the town of Abira. An even larger, 200MW vanadium battery facility is now under construction in Dalian City, China.

While lithium-ion batteries are getting a lot of attention, they do have some drawbacks. They lose capacity over time; can overheat and catch fire; last only 7000 recharge cycles (less than 10 years); and discharge only 70 per cent of the electricity stored without damage. A single faulty cell can degrade a whole network, and disposing of the batteries once they’re spent is an issue.

Vanadium, by comparison, doesn’t overheat, lasts at least 25,000 cycles (and up to 100,000), discharges 100 per cent of stored energy without affecting battery life, and the electrolyte can be repeatedly recycled.

Then there’s the cost. The average cost of a lithium-ion based storage system is $1750 per kilowatt hour, including cells, electronics, installation and systems expenses. By 2020, Tesla’s planned lithium-ion “gigafactory” could reduce this to $400/kWh. Vanadium storage systems, on the other hand, already provide energy for $500/kWh; this is forecast to fall to $300/kWh in a few years, and could fall to $150/kWh by 2020.

Solar thermal is another hot new storage technology, and again South Australia is in the lead. A 150MW plant is to be built outside Port Augusta, costing $650 million and due to start operations in 2020. It uses a field of billboard-sized heliostats, or sun-tracking mirrors, to concentrate sunlight onto a 227m tower that heats molten salt (sodium nitrate and potassium nitrate), which stores the energy.

Known as the Aurora Solar Energy Project, it will be built by US operator Solar Reserve and will be the world’s biggest solar thermal plant. It will account for 5 per cent of the state’s energy needs, provide between eight and 10 hours of storage and last for 20 years.

“The significance of solar thermal generation lies in its ability to provide energy virtually on demand through the use of thermal energy storage to store heat for running the power turbines,” says energy engineer Professor Wasim Saman from the University of South Australia. “This is a substantially more economical way of storing energy than using batteries.”

Wilson da Silva is a Senior Communications Advisor at UNSW and the founding editor of COSMOS magazine.