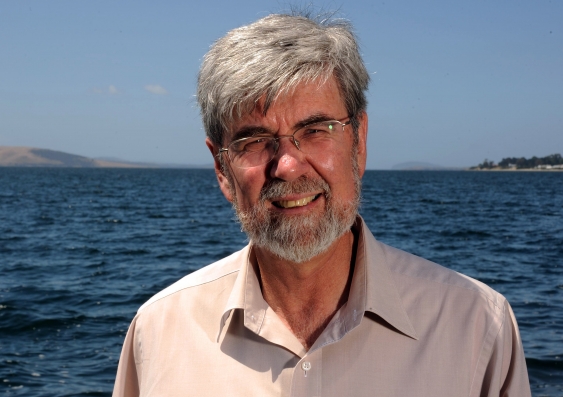 UNSW has announced the appointment of Dr John Church, one of the world’s leading experts on sea level rise caused by global warming, to its Climate Change Research Centre.

Dr Church comes to UNSW after a long career at the CSIRO. He will take up a position as Professor in the Centre in January 2017.

Described as one of the “sharpest research brains in climate science”, Dr Church is perhaps best known for his groundbreaking work that underpins our understanding of the threat of future sea level rise.

He is part of the first intake in the SHARP scheme, an initiative of the UNSW 2025 Strategy to recruit world-class researchers to the University.

John Church is the world's pre-eminent expert in global sea-level rise, with a stellar track record of research in oceanography and climate system science.

Dr Church’s list of accomplishments is extensive. He has twice served on the United Nations’ Intergovernmental Panel on Climate Change as Convening Lead Author on its chapter on sea levels.

He received the Roger Revelle Medal from the Intergovernmental Oceanographic Commission in 2006 – the same year he won the CSIRO Medal for Research Achievement. He won the Eureka Prize for Scientific Research in 2007, and in 2008 he presented the R.H. Clarke Lecture for the Australian Meteorological and Oceanographic Society.

“John has made vital discoveries in how the ocean regulates our climate system and how the oceans will respond to global warming. It is this spirit of ocean discovery and research excellence that he will bring to UNSW.”

“Everyone knows John as an exceptional scientist with a world-leading reputation. But he brings much more than that to UNSW: John is an outstanding mentor and PhD adviser, as well as being an excellent communicator and teacher.

“He has also served the profession at the very highest levels. It is this combination of excellence in research, training, and service that will make John such a valuable member of the UNSW community," Professor England said.

His expertise would also add significantly to UNSW’s efforts to provide viable solutions to the challenges posed by climate change.

“John’s energies and enthusiasm, and world-leading knowledge, will boost our Grand Challenge explorations into Climate Change and, given the impact of rising sea levels, equally our work on Migrants and Refugees.

“We welcome John to UNSW and look forward to what I am sure will be an immense future contribution to the University and to climate science.”