Opinion The problem with merit-based appointments

Can we judge merit without gender bias? And is merit really the right measure for ability anyway, asks Lisa A Williams. 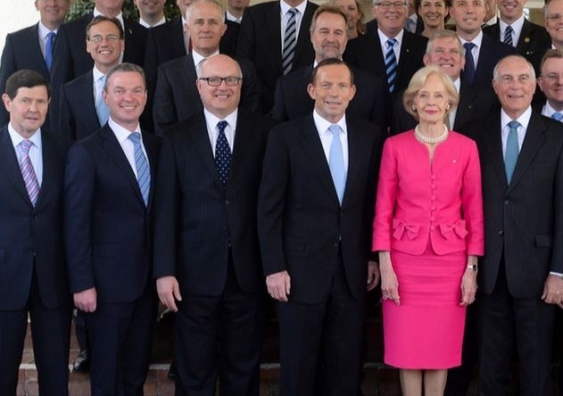 If we were to evaluate two equally able politicians on their ‘merit’, chances are the man would outperform the woman. AAP/Lucas Coch

OPINION: A growing chorus of female Liberal MPs are calling for their party to preselect more women to address the party’s gender imbalance. Sharman Stone wants mandatory quotas, while Teresa Gambaro has called for a 30% target. Now, the most senior woman in the party, foreign minister Julie Bishop has joined the fray, saying the party already has targets but that the “overriding element for preselection and election” is merit.

No matter whether it’s targets or quotas, “merit” is always held up as the stalwart gold standard. But can we judge merit without bias? And is merit really the right measure for ability anyway?

From stereotypes to bias

At the heart of gender bias lie ideas about what men and women are really like. Stereotypes, or beliefs about characteristics of a group of people, are all around us. They allow for quick decision-making by providing a bit of “pre-information” to guide our judgements. Because a stereotype is a generalisation, it will almost always be wrong in its application to any one individual.

Some gender-based stereotypes are relatively innocent. Many people in Western cultures hold the belief that women wear their hair longer than men do, for instance. But other such stereotypes are more problematic, especially when it comes to judging whether a candidate is right for a position.

One of these has to do with communion and agency. Communion captures warm, affiliative traits; agency represents traits related to intelligence and leadership. Women rate themselves as more communal than men, and men rate themselves as more agentic than women. This carries into stereotypes: women are generally stereotyped as relatively more communal and men as relatively more agentic.

On their own, these beliefs aren’t necessarily terrible. But, when applied to determining the roles men and women “should” fill in society, bias quickly crops up.

Gender-based stereotypes are incredibly prevalent and durable. And they operate not only at the conscious level (the level at which we can have discussions such as these), but also at the unconscious level.

Perhaps most confronting is the fact that even people who generally hold themselves to be gender-blind, race-blind and so forth, often turn out to hold unconscious stereotypes that shape their decisions in biased ways.

This seems a rather dire picture, but there is hope. We can’t erase the existence of stereotypes – nor would we want to, given that stereotypes assist in navigating our social worlds relatively quickly and help form scripts and predictions that keep the cogs of society running smoothly. But we can reduce the bias that comes along with applying them.

Certainly, political parties and society more generally should be doing all they can to hold diversity as an unwavering ideal and to promote all routes to achieve it. And if that means confronting one’s own biases or having uncomfortable conversations with our colleagues and peers, so be it.

But even that may not lead us in the right direction because using merit as the basis for decisions carries its own risks.

The problem with ‘merit’

We know those judging merit are subject to making biased decisions – whether they intend to or not. But merit in and of itself can also be biased.

Merit has to be evaluated, and hence measured against metrics, which themselves are subject to bias. How an individual performs on various metrics is determined not just by their abilities, but also by the opportunities they’ve had to demonstrate and develop those abilities.

The problem here is that opportunity isn’t equal across genders. Young children are differentially encouraged – or discouraged – to engage in activities according to their gender. Once in their careers, men and women are “tapped on the shoulder” for different roles, also often in accordance with stereotypes.

Further complicating the picture is the undeniable fact that carer responsibilities, including for children and elderly parents, often fall to women, thus restricting the amount of time they can dedicate to their careers.

If we are to evaluate two politicians on their “merit”, chances are a man will outperform a woman – even if the two have similar abilities for the role. Until we redress issues of opportunity, merit-based evaluations will remain problematic.

One response to this is to implement quotas – in this view, women with the highest merit will be appointed, regardless of their comparison against men. Another is to encourage evaluation of merit relative to opportunity – an approach explicitly adopted in academia by grantees evaluating applications for research funding.

There’s no silver bullet to achieve gender equity, in politics or elsewhere. But we can leverage our increasing understanding of stereotypes and bias to actively promote equity.

A hard look at our own thinking, the structure of our society, and the metrics against which we evaluate others will no doubt be key to the process. There’s nothing, aside from themselves, preventing Australian political parties from increasing the number of women in parliament.

Lisa A Williams is Senior Lecturer, School of Psychology at UNSW.