A quest to map the genome of a fruit fly has delivered international recognition for this high-school science teacher. 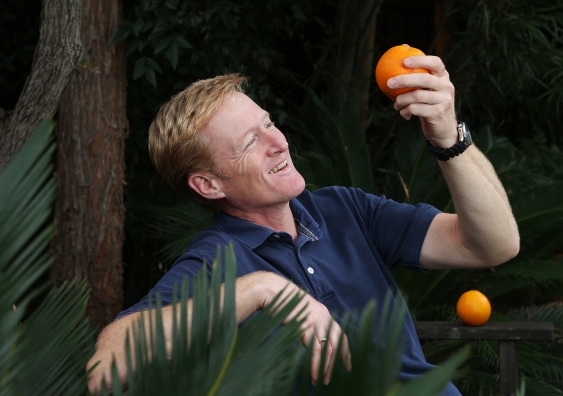 Stuart Gilchrist didn’t mind the overtime that was needed to help his research team sequence the complete genome of the Queensland Fruit Fly, or Q-fly.

For two years, the geneticist turned high-school science teacher spent his days in his Sydney classroom, his evenings poring over data on his computer at home, and his school holidays furiously writing.

“Sometimes my students would be whingeing about having to write one-page reports, so I would put it in perspective by telling them that I had to write an even bigger report,” he recalls.

Gilchrist also spent several weekends in his office at UNSW, where he’s an honorary senior lecturer in the School of Biological, Earth and Environmental Sciences.

Thankfully, all his hard work paid off. In February, Gilchrist and his team published their results in the journal BMC Genomics becoming the first group internationally to successfully map the genome of a ‘true’ fruit fly.

The Q-Fly (Bactrocera tryoni) is one of Australia’s costliest horticultural pests and is considered a true fruit fly – the larger cousin of the little flies you might see buzzing around the fruit bowl in your kitchen. 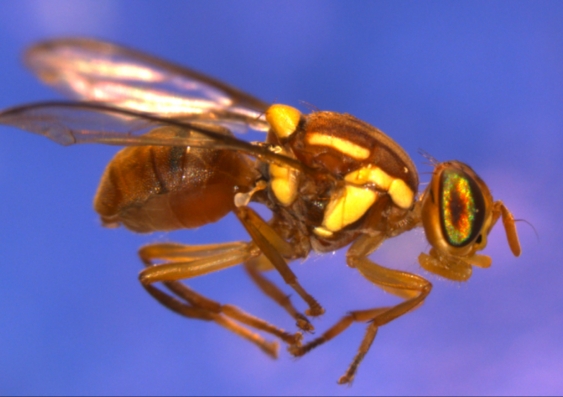 Gilchrist says they pose “a big problem for international trade, with quarantine services in overseas countries keen to avoid infestation”.

The sequenced genome could enable more rapid DNA testing, allowing quarantine officials who intercept fruit with larvae inside to rapidly identify the species to determine the risk, rather than having to wait weeks for the larvae to mature, explains Gilchrist.

And from a purely scientific perspective, it will help researchers pinpoint when the Q-fly diverged from some of its closest relatives. “These changes have happened in the last few million years, which is incredibly recent on an evolutionary scale,” says Gilchrist. “We can almost catch them in the act of speciation.”

His journey with the Q-fly began as a postdoctoral researcher at the University of Sydney investigating the behaviour and genetic profile of the insect. Initially this involved DNA fingerprinting to identify and track the spread of Q-fly populations across Australia. In 2010, his team was given funding from the citrus industry and UNSW to map the entire genome of the insect.

Gilchrist says the Q-fly team consists of only one scientist working part-time and at least three already retired. “None of us was getting rich off the work, but we were all itching to get it done,” he says. “It was a bit of a personal quest for us.”

In 2013, Gilchrist landed his first teaching job at Sydney Grammar School and now works at the Shore School, where he is tasked with teaching science to boys in Year 7 up to HSC level. Nevertheless, his focus on the Q-fly genome project was undeterred – and because most of his work was relating to bioinformatics, he was able to work at home on the computer.

“You’re pretty exhausted after a week of teaching,” he admits. “If I needed to be doing wet-lab work it would have been impossible.”

While he intends to continue his research for some time yet, he’s also settling into the role of teacher and says the “dynamic nature of the classroom” is vastly different from the often solitary, unchanging environment of the lab.

“Working in a school is on the opposite end of the spectrum,” he says.

“It’s great because you’re going back to really basic science … and that’s helped to remind me why I love science so much.”