Opinion Quantum computing: How Australia can capitalise on its global lead

With UNSW's breakthroughs in quantum computing, Australia has been given a second chance to lead a computer revolution. The question is, will we take it, or let it slip from our grasp? writes Mark Hoffman. 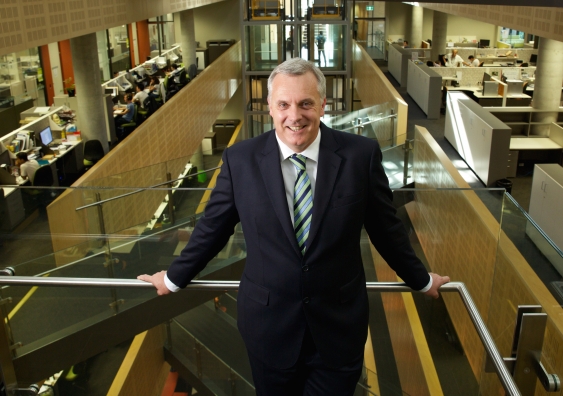 OPINION: Australia holds an unparalleled lead in one of the hottest, most competitive frontiers of innovation today: quantum computing. It's the next big computer revolution and could reap the country enormous benefits. But we could let it slip from our grasp.

Believe it or not, we've been here before. In November 1949, CSIRO scientists independently created the fifth digital stored program computer in the world: CSIRAC,  the Council for Science and Industrial Research Automatic Computer. It came hot on the heels of other "first generation" computers created in the UK and the US a year earlier.

Using vacuum tubes instead of microchips, this behemoth filled a large room and used enough electricity to power a suburban street. While paltry by today's standards, CSIRAC represented the dawn of the computer age, which went on to change societies, industries and economies, and continues to have a disruptive effect 66 years later.

Despite this lead, Australia eventually abandoned the project in 1955 when the CSIRO decided that computing research was "outside its purview" – a decision which reportedly left designer Trevor Pearcey deeply disappointed; in his view, Australia had thrown away a chance to lead the world in digital computing. 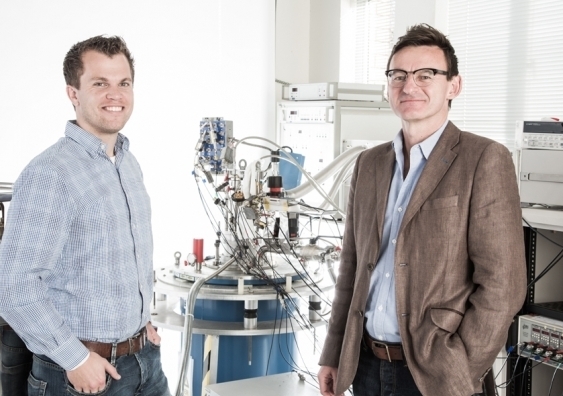 Despite that, here we are again: Australia now excels and has a strong lead in the new frontier of quantum computing. It promises processing speeds that seem unimaginable by today's standards. A working quantum computer could take days to answer some questions that a classical computer might take millions of years to resolve. These are "needle in a haystack" problems like mapping out trillions of drug molecule combinations and identifying ones most likely to work, or finding a missing ship from millions of satellite images in real time.

Intel, Google, IBM, Microsoft, the US military – all have large-scale quantum computing projects underway, worth hundreds of millions of dollars. Governments in the US, the UK and Europe are investing heavily in the field, while in Canada, government and industry have sunk $US860 million ($1186 million)  into it.

About $100 million has been invested by Australian government and industry over the past decade, most of it on our world-leading team at the Centre of Excellence for Quantum Computation and Computer Technology based at the University of New South WalesThere has also been parallel infrastructure investment in the Australian National Fabrication Facility, which builds custom nanotechnology components crucial for testing theory against reality.

In October, engineers at UNSW announced they had cleared what is probably the final hurdle to building a silicon quantum processor – the core of a quantum computer – with the creation of the world's first two-qubit logic gate in silicon. It's a major advance, and could represent one of those moments which, with the correct partnership and development, could create massive economic and social change – a "Quantum Harbour", if you will, to perhaps rival Silicon Valley.

Despite modest national investment, our researchers have stayed at the forefront – and in many cases led – developments in quantum computing. We may well be two years ahead of the rest of the world in a range of areas of quantum computing  but this lead could quickly be overtaken.

Despite the enormous global interest and investment, quantum computing has – like Schrödinger's cat – long been simultaneously possible (in theory) while seemingly impossible (in physical reality). Until now.

Breakthroughs the UNSW team have announced this year could well be the inflection point that changes that Schrödinger's paradigm. The technology our team has devised, tested and patented, has the potential to take quantum computing across the threshold from the theoretical to the real.

We've been given a second chance to lead the computer revolution. The question is, will we take it, or again let it slip from our grasp?

Professor Mark Hoffman is Dean of Engineering at UNSW.