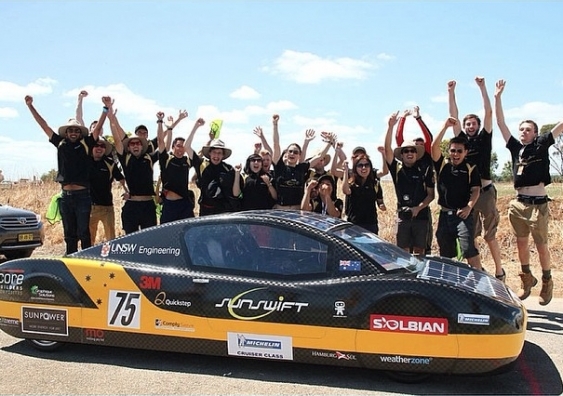 The team behind Sunswift eVe, the 5th generation car, in the field.

It began in 1995 when a fourth-year electrical engineering student was looking for an interesting final-year thesis topic. If UNSW is the acknowledged world leader in photovoltaics, Byron Kennedy mused – and since UNSW has the best engineering faculty in the country – why not build and race a solar-powered car?

Thus, UNSW’s famed Sunswift team was born. In the 20 years since, the project – backed by the UNSW Faculty of Engineering – has built five race cars, snagged three world records and raced more than 35,000 km. It’s today the most famous and successful student-run team in Australia. 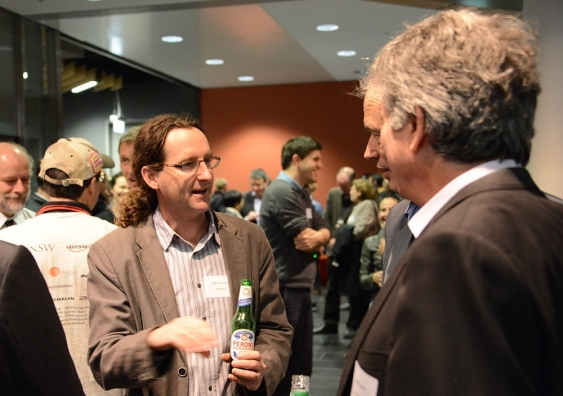 Byron Kennedy, creator of the UNSW Sunswift Solar Car Racing Team in 1995, at the 20th anniversary party on 12 August 2015.

Starting with Aurora Q1, a second-hand racing car, the fledgling team overhauled the car so it could tackle the grueling 3,000 km from Darwin to Adelaide in the world’s premier solar car race, the World Solar Challenge (WSC). When complete, they rechristened it Sunswift – thereby incorporating ‘UNSW’ in its name.

At the race a year later, Sunswift came 9th in a field of 46, covering the distance in 56 hours 32 minutes at a pace of 53.2 km/h. Buoyed by this success, the team recruited new students, and designed and built Sunswift II from scratch. This was followed by Sunswift III and then Sunswift IVy. The current iteration is no longer a cramped, one seat, space age mobile: Sunswift eVe is now a stylish two-seat coupé.

Along with the highs, there have been some lows: like the 1999 attempt to drive the 4,012 km from Perth to Sydney to set a transcontinental world record, which was marred by five days of record rain – extending the attempt to 10 days. David Snowdon, the longest-serving team member (serving a decade by the time he graduated in 2009 with a PhD in computer engineering) ­– remembers the “utter heartbreak” of Sunswift II being destroyed on the way to the 2003 WSC when its trailer overturned; and the horror of Sunswift III being run off the road during the 2005 race.

But Snowdon thinks the lowest moments have also been valuable. “Sunswift is a place where students can fail – and learn that failing isn’t the end of the world,” he says. “In fact, being brave enough to fail regularly is an essential component to being successful.”

When Clara Mazzone joined in 2009, morale was low. With fourth-year students leaving and others focussing on finishing their PhDs, the UNSW renewable energy-engineering student was the only full-time member. Nevertheless, she turned its fortunes around. “In 2008, we recruited 18 new people and spent the first year capturing knowledge from past members and setting up a long-term knowledge transfer process to ensure if critical members left, there were ways the team could continue.” 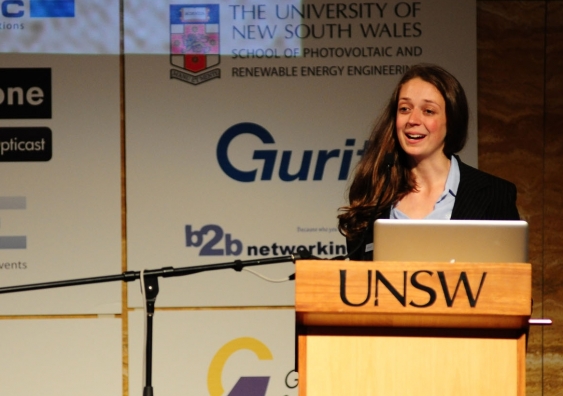 Clara Mazzone, Sunswift team leader who drove Sunswift Ivy to a 1st place in the Silicon Challenge Class and 4th overall at the 2009 World Solar Challenge.

It was under Mazzone’s leadership – and with her at the wheel – that Sunswift IVy finished 1st in the Silicon Challenge Class and 4th overall at the 2009 WSC. “We were a fantastic team … it was the best result the team has ever achieved.”

For many, Sunswift has been a career launch pad. UNSW mechanical engineering graduate Sam Paterson recently landed a dream job at Tesla Motors entirely thanks to his Sunswift stint: in 2013, he befriended a Stanford University WSC team member who in 2014 recommended him for a job.  Paterson moved to Silicon Valley in January this year to begin work in battery engineering at the high profile electric car company.

Mazzone, now managing solar farm installations in the Pacific, credits Sunswift for her self confidence: “Since Sunswift, in every situation I’ve been thrown into where I didn’t know what to do, I say to myself: ‘Well, you didn’t know how to build a solar car and race it across Australia either, but you did it’. I know I can figure the problem out.”

Sunswift returns to the WSC in October 2015 with the Sunswift eVe coupé, and the team are working long hours to have the car ready to compete against the 11 other teams in their class – most of them bigger and better funded – from Japan, USA, Germany, Netherlands and the UK. In total, there are 46 teams across three classes in 2015.

In October last year, the Sunswift team set the world record for the fastest solar powered vehicle, doing an average 100 km/h over a distance of 500 km, knocking down a record that had stood for 26 years. Sixty undergraduate students, mostly from UNSW Engineering, designed and built eVe, which can reach a top speed of 132 km/h on a full battery, and run at speeds of up to 60 km/h entirely powered by the solar cells that cover most its exterior. 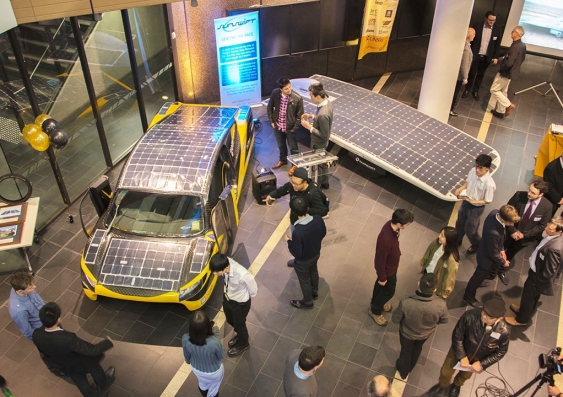 “There’s an amazing legacy, which inspires and encourages us to push further and see what else we can achieve,” says Sunswift project manager Hayden Smith, a UNSW computer engineering student. “We’re tackling real-world engineering challenges here, so it’s exciting to see what you can achieve with innovation, enthusiasm and a lot of hard work.”

The team celebrates its 20th anniversary in August 2015, and the UNSW Faculty of Engineering hosted a party to bring Sunswift alumni together last night. But the the high-profile team is not resting on its laurels. In fact, they have plans for another world first: to have their coupé registered as ‘road legal’ in Australia.

First, though, they have a race to try and win.