The most severe sudden downpours in Sydney have intensified by 40 per cent in the last two decades. 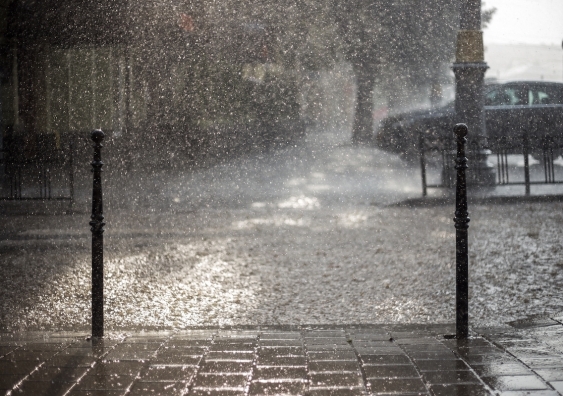 The findings have major implications for the city’s preparedness for flash flooding. Photo: Shutterstock.

Powerful short-duration rainfall events in Sydney are intensifying to new extremes, increasing by 40 per cent in the past 20 years, says new research. The findings, published in Science, suggest that sub-hourly rainfall extremes may be increasing substantially faster than previously thought.

Rapid rain bursts, also known as “sub-hourly heavy rainfall”, are the most extreme and destructive of downpours. In these brief but sudden bouts of rainfall, a huge amount of water falls rapidly over a small region, which can overwhelm roads, gutters and drainage systems in as little as 10 minutes.

Previously, climate scientists have found it challenging to identify trends in this extreme weather phenomenon due to limitations with rain gauges, satellite data and climate models in detecting small-scale storms. But using a new technique, researchers from the Australian Research Council (ARC) Centre of Excellence for Climate Extremes were able to identify thousands of rapid rain bursts over Sydney over the past two decades.

A rapid rain burst is a short period of extreme rain. They are the most extreme 5 per cent of rainfall in a location, occurring for durations of about 10 minutes. Rapid rain bursts increase the likelihood and severity of flash flooding, especially in urban and steep mountainous regions.

“If this trend continues in Sydney, the city needs to be more prepared for rapid rain bursts and flash flooding into the future,” says Professor Jason Evans, a co-author of the study at UNSW Sydney. “This should factor into our city planning with buildings, roads and communities needing to prepare for the likelihood of more rapid rain bursts to test the short-term capacity of our drainage, roads and flood plains.”

Climate change is thought to be impacting heavy rainfalls by increasing humidity and changing the large-scale atmospheric circulation and convective dynamics of storms. It means extreme weather events are likely to occur more often and with more ferocity than normal.

“What’s particularly concerning is that we weren’t able to identify usual climate variability as driving this change, so climate change may be a factor in this shocking result,” says Dr Hooman Ayat, lead author of the study, from the University of Melbourne.

Previous studies of climate impacts on extreme precipitation have focused mainly on daily rain totals. But hourly extremes are often generated in small areas that can be missed by gauge networks or satellites, and aren’t accounted for in climate models.

Instead, the researchers developed a new technique using weather radar data from overlapping radars, which can track trends in rainfall extremes with greater accuracy in short timeframes.

“We’ve been able to use this technique to gain insights into a possible extreme rain future for Sydney. But we think this technique can also help other cities assess recent trends and prepare for the future,” says Professor Steven Sherwood, another co-author from UNSW. 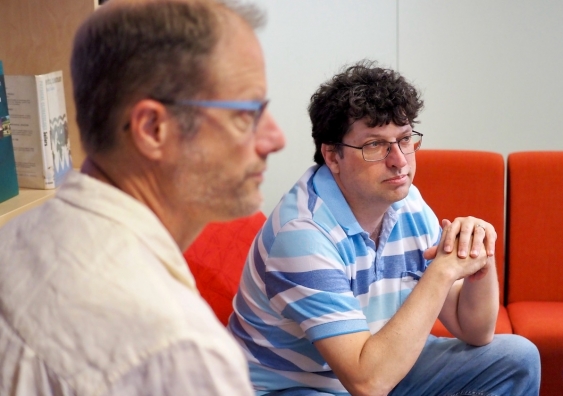 Further research is critical to equip cities worldwide for the increasing likelihood of more rapid rain bursts in the future. Even in places with little trend in daily rainfall extremes, there may be increased risks of flash flooding if the intensification of sub-hourly rainfall extremes continues.

“If what we saw over Sydney is occurring in other cities around the world, governments, councils, city planners and communities need to prepare for the possibility that rapid rain bursts will get more and more extreme,” Prof. Sherwood says.

Funded by the ARC, the Centre of Excellence for Climate Extremes reduces Australia’s economic, social, and environmental vulnerability to climate extremes. The centre combines expertise from five Australian universities, including UNSW Sydney, and a suite of national and international partner organisations.