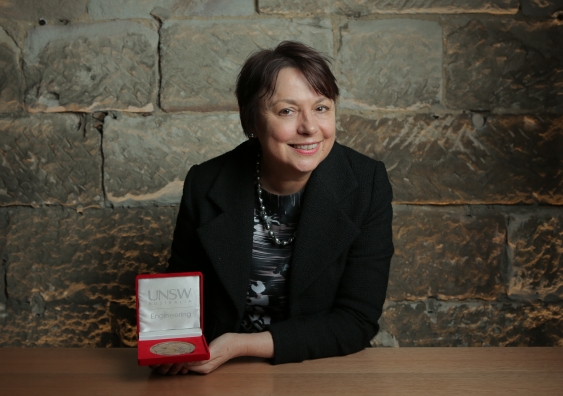 Kathryn Fagg, a board member of the Reserve Bank and Boral and president of Chief Executive Women, has won the Ada Lovelace Medal for Outstanding Woman Engineer, a national award that recognises the contribution Australian women have made to the profession and to wider society.

She was one of three women recognised at the annual UNSW Women in Engineering Awards, held in Sydney on Thursday night.

“Kathryn Fagg is an outstanding member of the engineering profession who built a substantial and impressive career in traditionally male-dominated worlds of petroleum exploration, steel making, logistics and banking,” said Professor Mark Hoffman, Dean of Engineering at UNSW. “She is an inspiration to us all, particularly young women. She shows that engineering is a discipline that can take you anywhere.” 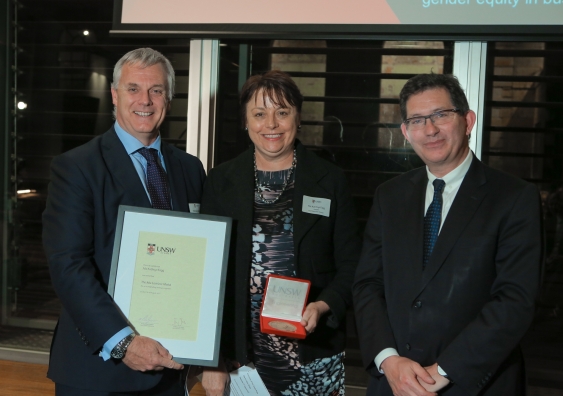 The medal was presented by Professor Ian Jacobs, UNSW’s President and Vice-Chancellor, at the annual UNSW Women in Engineering Awards reception held at The Mint, the elegant colonnaded coining factory that is central Sydney’s oldest public building.

“I cannot tell you how chuffed I am that this is called the Ada Lovelace Medal,” said Fagg on accepting the award. “What a role model she was, and continues to be. She was brave, she was courageous, and she was willing to go where no-one had gone before.

“I’m delighted to accept this medal,” she continued. “And I am so thrilled that UNSW is providing such support to its Women in Engineering Program, because we’re going to be stronger society  by drawing on the talent of all our people, and by reaching out to everyone who can make a difference.” 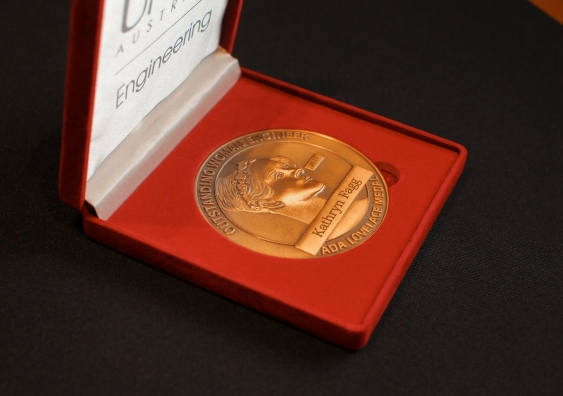 Ms Fagg began her career with ExxonMobil, moved into consulting with McKinsey and Co before entering the banking sector, holding a number of roles at ANZ, most recently Managing Director – Global Transaction Services. She later took up senior roles at BlueScope Steel and Linfox, and now serves the board of the Reserve Bank of Australia, as Chairman at Melbourne Recital Centre, and holds non-executive director roles at Boral, Djerriwarrh Investments, Incitec Pivot and Breast Cancer Network of Australia.

She is an active role model for women in business, serving as President of Chief Executive Women and speaking publicly on issues relating to gender equity in business. As a highly successful woman, engineer and businesswoman, she has used her influence to smooth the way for women following in her footsteps. 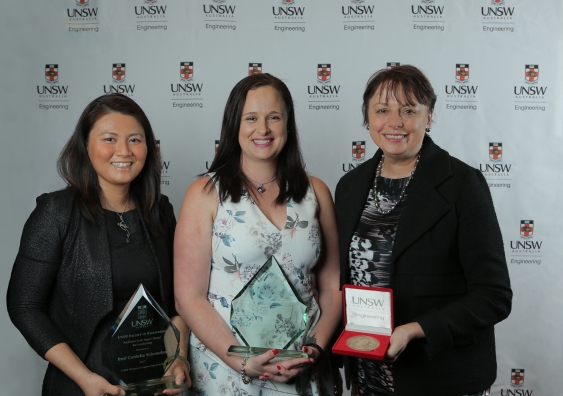 The two other awards were the Judy Raper Award for Leadership, won by Cordelia Selomulya, a professor at Monash University and leader of its Biotechnology and Food Engineering group; and the Maria Skyllas-Kazacos Young Professional Award For Outstanding Achievement, won by Narelle Underwood, the Surveyor-General of NSW.

The awards are part of a concerted effort by UNSW’s Faculty of Engineering, by far the nation’s largest, to attract more women to the profession. Since 2013, the faculty has boosted by 48% the number of women starting first-year engineering at UNSW, and more than quadrupled the number of girls attending its annual Women in Engineering Summer Camp ­ – in which bright young women in Years 11 and 12 came to UNSW from around Australia for a week – to more than 100. In addition, the faculty offers 42 Women in Engineering scholarships, together valued at $1.6 million.

UNSW Engineering also led the Made By Me initiative, in which nine top universities and Engineers Australia launched a website highlighting engineering as an attractive career for young women, and commissioned a music video by Australia’s twin-sister DJ duo NERVO, who trained as sound engineers.

Professor Hoffman, who became Dean of Engineering in 2015, has set a goal to raise female representation among students, staff and researchers to 30% by 2020. Currently, 23% of UNSW engineering students are female (versus the Australian average of 17%), which is up from 21% in 2015. In industry, only about 13% of engineers are female, a ratio that has been growing slowly for decades.

Inaugural Engineering Faculty Showcase delivers a vision for the future