Cutting vital research infrastructure funding because the higher education reforms are stuck in the senate will cost the country dearly, writes Les Field. 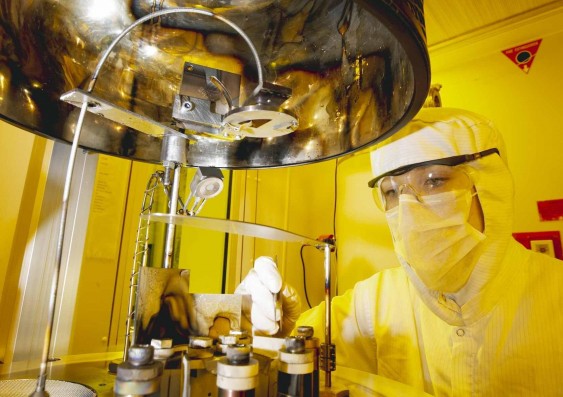 OPINION: The sorry saga that is funding for Australia’s most crucial national research infrastructure has dragged on for too many years. It is now at crisis point.

We should never have found ourselves in the situation that has become very public this week: the imminent closure of much of the crucial machinery and large-scale equipment that makes Australian science possible.

There was a collective sigh of relief last year when the government provided assurances in the federal Budget that it understood the importance of providing ongoing operational support for Australia’s A$3.5 billion investment in the scientific kit which sits under the National Collaborative Research Infrastructure Scheme (NCRIS).

At last, it seemed, common sense had prevailed, and the government would invest A$150 million to keep NCRIS going on an interim basis whilst a review was undertaken to find a long-term and sustainable funding model.

At budget time in 2014, in the budget papers and in the media releases that followed, there was no indication that funding for research infrastructure was tied to other measures. There was no link between NCRIS and any other budget initiative.

In contrast, we do know that the government explicitly tied the establishment of the Medical Research Future Fund (MRFF) to revenue derived from its planned GP co-paymentcharge. It couldn’t have been clearer that the MRFF was only possible with the co-payment. It was there in black and white.

So it was a complete surprise in October last year when the government backtracked after running into difficulties passing the unrelated legislation covering higher education reforms. Education Minister Christopher Pyne announced that funding for scientific research equipment would be dependent on the passage of the higher education legislation.

Somehow the facilities that scientists use – telescopes, clean rooms, supercomputers, marine observation networks, etc – was now tangled up in a debate that has largely been about undergraduate student tuition fees.

Everybody agrees that the the higher education sector must have reform; the status quo is simply not an option because the sector is simply unsustainable on its current trajectory. Not everybody agrees on what the reforms should entail. But very few people would argue that the costs of maintaining scientific equipment should be offset against the costs of providing education. 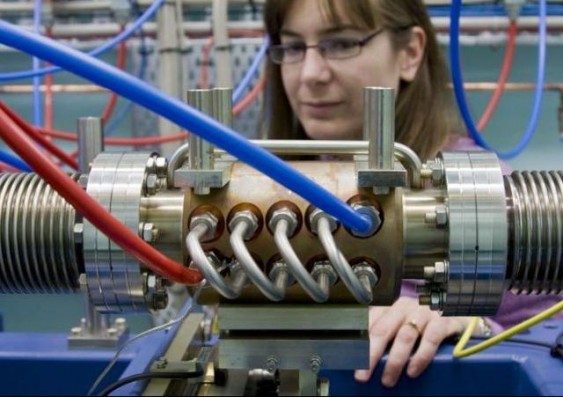 Facilities like the Australian Synchrotron are relied upon by scientists across the country, and could shut down if research infrastructure funding is withheld by the government. Sandra Morrow, Author provided

So we have a stalemate, a game of chicken with terribly high stakes. It is obvious to all involved that scientists are not bluffing when they talk about the impact this impasse is having.

Without looking at the cutting-edge science that the facilities produce, the research facilities support just about every sector of the Australian economy from agriculture, to mining to drug design and medical research.

There are more than 35,000 researchers who use our major research facilities, and these will be progressively locked out as the facilities go off-line. More than 1,700 skilled scientific and support jobs are under threat if the facilities are mothballed. Even now we are seeing the signs of losing the corporate knowledge and erosion of the skilled professional workforce as staff seek more secure career opportunities.

And perhaps worst of all is the sheer waste of more than A$3 billion in capital investment as well as the hard work that has gone into building up new capacity over decades.

But what is also clear is that minister Pyne is not bluffing. We are beyond the bluffing stage and the chest-beating. The minister has been very clear – even as recently as yesterday– confirming that he is serious and there will be no additional funding for NCRIS without the budget savings which accompany the higher education reforms.

For reasons that are unclear, the government has singled out the research infrastructure part of the annual A$9 billion science and research budget and is threatening to kill it for the sake of the A$150 million earmarked to keep the infrastructure afloat.

The government has already made many cuts to the science budget – much more than this A$150 million – but this particular cut has sent the sector into a frenzy because this is a particularly unwise cut to make.

Why would you mothball over A$3 billion in cutting edge scientific equipment, for the sake of saving A$150 million? It is akin to shooting oneself in the foot. This move will effectively cripple much research activity in Australia, as well as have a negative impact on many parts of the economy.

Not only that, but once we have powered-down many of these large facilities, it is difficult to re-start them. It will take years to build up capacity and the skill base to make them work properly again.

To the research community, the clusters of significant research infrastructure that we have invested in are much like the roads, ports, bridges and airports that we think of as critical pieces of physical infrastructure.

All of these are long-term investments in assets that underpin parts of the economy and our future growth, and you definitely wouldn’t abandon them part way through their useful life. We do seem to be able to grasp the concept of investing in and maintaining roads and airports, but we haven’t been able to recognise that our large pieces of sophisticated equipment sit in exactly the same basket.

We have already made the up-front investment – it would seem to be an unthinkable situation to turn off the lights, close the doors and to walk away without recouping much of the return on that investment.

It is also unthinkable at this particular instant in time, when we have just seen the release of the Government’s Intergenerational Report, where one of the main findings was the real need to increase productivity in the future.

It is well accepted that Australia needs to be moving away from the traditional mining and manufacturing industries and looking towards the technologies and innovations that power the industries of tomorrow. Yet these are precisely the industries that rely on the cutting edge equipment and facilities built up under NCRIS.

A good government is one that governs in the national interest and finds solutions to the problems facing Australia. This is a real and urgent problem, and it needs a good government to find a solution.

There absolutely no real reason to couple NCRIS funding to higher education reforms. While the government might well be angered and frustrated that a hostile senate is blocking its higher education bills, it makes no sense to take this out on good science.

Government needs advice from scientists in many spheres