“We cannot hand over the decision as to who lives and who dies to machines. They do not have the ethics to do so.” 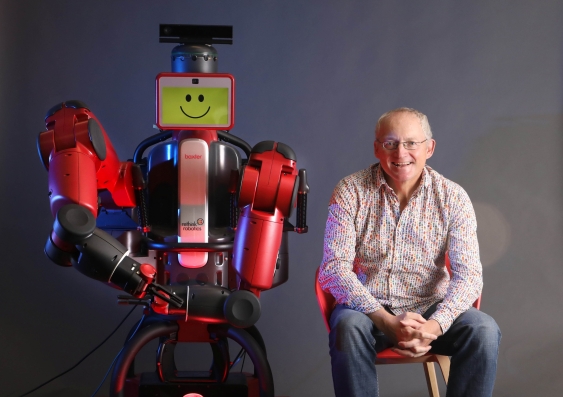 Professor Walsh will be discussing whether AI is our biggest existential threat at the 2019 THE Research Excellence Summit: Asia-Pacific.

When will machines become smarter than humans? The idea that Artificial Intelligence will learn unique human traits like adaptability, creativity and emotional intelligence is something that many in society consider to be an unlikely or distant possibility.

But Toby Walsh, Scientia Professor of Artificial Intelligence at UNSW Sydney and AI “rock star”, has put a date on this looming reality. He considers 2062 the year that artificial intelligence will match human intelligence, although a fundamental shift has already occurred in the world as we know it.

Through his research and in-depth knowledge, Professor Walsh argues that we are already experiencing the risks of artificial intelligence that seem to be so far in the future.

“Even without machines that are very smart, I’m starting to get a little bit nervous about where it’s going and the important choices we should be making.”

Untangling the ethics of machine accountability will be the second fundamental shift in the world as we know it, according to Professor Walsh.

“Fully autonomous machines will radically change the nature of warfare and will be the third revolution in warfare.”

But using autonomous machines as weapons of war poses an ethical dilemma – can you hold a machine accountable for death?

“Machines have no moral compass, they are not sentient, they don’t suffer pain and they can’t be punished,” he added.

“This takes us into interesting new legal territory of who should be held responsible, and there is no simple answer.”

Professor Walsh believes the issue is creating machines that are aligned with human values, which is currently a problem on other platforms driven by AI.

“Facebook is an example of the alignment problem, it is optimised for your attention, not for creating political debate or for making society a better place,” Professor Walsh said.

But it’s not all doom and gloom, according to Professor Walsh. AI isn’t necessarily heading towards an apocalyptic scenario.

“The future is not fixed. There is this idea that technology is going to shape our future and that we are going to have to deal with it, but this is the wrong picture to think of because society gets to push back and change the technology.”

This story was published on the Times Higher Education website. Professor Walsh will be speaking at the Research Excellence Summit: Asia-Pacific at UNSW Sydney, 19-21 February.